For Day 3 of our week of year-end roundtables, the Film Flam staff picks some of the most memorable singular moments from some of our favorite films. (If you’re just joining us, be sure to check out our picks for Best Performance and Most Underrated Film of the Year!)

NICK PERRY
Certain scenes stay with you. Randomly, they’ll return or you’ll come back to them. This year was a good year for movies, maybe even a great one. Few, though, were told with the same urgency as Moonlight, a tense movie with few moments of relief. The pinnacle of the movie for me, it’s greatest scene perhaps, was the “faggot” conversation in the movie’s first section. Much of the scene is a powerhouse performance from Mahershala Ali, playing Juan. In it, he is questioned by young Chiron over the definition of a faggot, culminating with Chiron asking, “Am I a faggot?” It’s a powerful, even upsetting question, but the grace and poignancy delivered and performed by Ali in the answer spoke volumes about the character he was playing. The scene itself was exceptional in its execution, quietly building to the question and its answer, but this scene was also fresh and exciting in its message and delivery. Rarely, if ever, has there been this type of discourse concerning a child exploring their sexuality and what that means in the environment they live and grow. It was an important scene, monumental even, and it was so perfect in a movie full of exceptional scenes.

KYLE AMATO
My pick for scene of the year is “I Am Moana (Song of the Ancestors)” from Moana. I don’t want to spoil anything, as this sequence comes near the end of this phenomenal animated film. But I can’t get it out of my head. At her darkest moment, Moana finds inspiration in the unlikeliest of places. She sings a song that encapsulates all that she has learned, and understands what she must do.  In a film filled with unbeatable music, this sequence is its crowning glory.

W. LOGAN FREEMAN
The scene in Arrival when the aliens first appear.

OSCAR GOFF
Like J.J. Abrams’ brilliant/maddening publicity campaign for the film itself, 10 Cloverfield Lane is incredibly deliberate in regards to the release of information, particularly in regards to John Goodman’s terse, menacing Howard. For much of the film’s running time, it’s unclear whether Howard has saved Michelle and Emmett (Mary Elizabeth Winstead and John Gallagher, Jr.) from nuclear holocaust (which itself may or may not be alien in origin), or whether he’s a kidnapping, gaslighting creep with a predilection for young girls– or both. When information does come, it comes in succinct, incontrovertible bursts. Nowhere is this better illustrated than when the characters take a quick timeout for a game of Taboo. The scene lasts just over two minutes– the length of two turns– but it manages to provide keen insight into Howard’s psyche, present seeming certain doom for his wards, and a quick-witted escape on Michelle’s part, all with a healthy dollop of gallows humor. Not bad for a scene in which no character ever leaves the sofa. (And, yes, I realize that’s not Taboo they’re playing in the above image. Blame Google Image Search.) 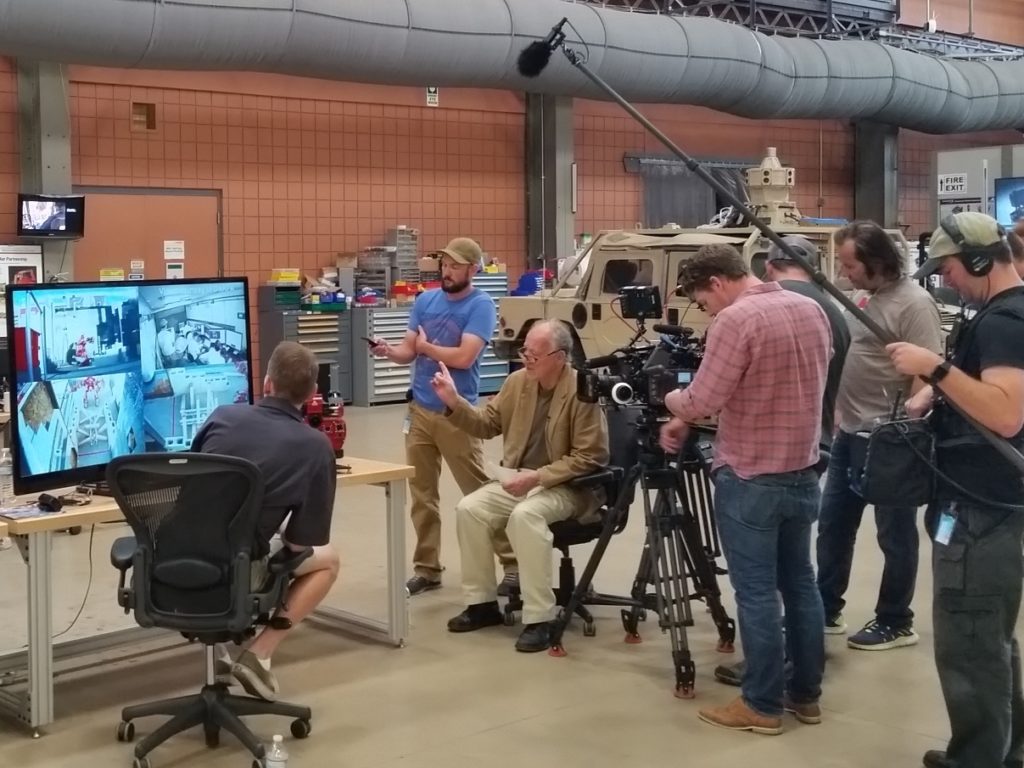 VLADIMIR WORMWOOD
Werner Herzog has a discerning eye for focussing the narrative in documentary subjects.  He is unpretentiously blunt about his vision and shaping of “reality” in his non-fiction.  For those who appreciate his insights, he displays an almost essayistic organization of interview and image.  While his 2016 offerings, Into the Inferno (available to stream on Netflix) and Lo and Behold: Reveries of the Connected World, may appear more lax or scattered than some of his recent investigations, they also offer myriad pleasures.  Lo and Behold especially attains a wandering panorama of observations on humans’ interaction with rapidly developing technologies.  Herzog’s age and refusal to join the ever-connected device world never limit his curiosity in this endeavor.  A standout scene of 2016 involves a discussion of soccer playing robots being developed at Carnegie Mellon University.  The scientist being interviewed speaks adoringly of the team’s favorite development, Robot 8.  After footage of the super Roomba-looking ‘players’ zipping about a miniature field, Herzog changes the focus.  He asks if the scientist loves his robot to which he enthusiastically responds, “Yes we do.  We do love Robot Eight.”  The scene is brief and understated but teeming with suggestion.  The world is strange and full of bizarre possibility, but also quaintly endearing.

Tune in tomorrow, as Film Flam delves into some of the year’s less savory offerings…