Cinemas saw a boost in sales this weekend  after the American public elected Donald Trump to the highest position of power in the land. In case you’ve been living under a rock — or are brainwashed by the alt-right — here’s the same rundown the HuffPo editors pinned to every Trump story:

Donald Trump regularly incites political violence and is a serial liar, rampant xenophobe, racist, misogynist and birther who has repeatedly pledged to ban all Muslims — 1.6 billion members of an entire religion — from entering the U.S.

It is not a stretch of the imagination to say that Donald Trump is the closest thing to a fascist that has ever sat in the Oval Office. In fact, just the other today Trump anointed anti-semite and founder of Breitbart media Steven Bannon as his chief strategist. This means one of the figure-heads of the alt-right — the conservative movement that ruined Pepe and produced the trite and transphobic troll Milo Yiannopoulos — will be shaping policy and advising the big-headed fool who cameoed in Home Alone 2. Also, among the million other grievances I could lob at him, Trump is a climate change denier — this makes me scared not only for America but for the future of the entire planet.

This is all to say that America is stressed. I’m stressed. And that’s why I was excited to go see Arrival, along with millions of other Americans who flocked to the silver screen for some goddamned escapism.

Boy, did I fucking need this movie, dear reader. And I need several more like it, ASAP.

President-elect Trump in a stupid movie.

Arrival  — based on the great novella Story of Your Life by Ted Chiang — stars Amy Adams as Dr. Louise Banks, a linguist who gets called to task when mysterious aliens arrive on our planet. These aliens have descended in monolithic pods, which call to mind 2001, and as far as anyone can tell, they are non-violent. Or, at the very least, non-active — the pods loom over the planet, floating just past reach, silent and inactive.

The eeriness and shock of this throws society into an all too familiar tizzy. We see riots over government inaction, talking heads yammering on repeatedly, a man in Anonymous mask looting, and a radio host — very similar to Alex Jones — trying to spread fear across the internet. Thankfully, the movie doesn’t linger too long on this paranoia, save for one odd side-story about a young solider who decides to take action, foolishly, into his own hands (Chiang’s original story was largely bereft of ‘Hollywood action’ so I’m not too surprised some additional stake-raising was added).

The pandemonium of the world is background noise to the interactions between Louise and our surprise visitors — mountainous creatures with eldritch tentacles who talk in War of the Worlds booms and clicks and communicate in writing via a squirt of ink which coalesces into complicated rings. When Louise makes breakthroughs with these truly alien things — brought so well to life that you begin to feel you are actually watching first contact with life beyond the stars — the movie is at its most jaw-dropping. You know how Close Encounters has the perfect ending, where Roy walks into the alien ship and we see it ascend, but there’s that totally stupid studio tag-on scene in the re-release where we see the inside and it’s so not awe-inspiring? Well, imagine if seeing Roy communicate with the aliens inside their ship was awe-inspiring. This is what Arrival is like during those key scenes.

This focus on communication and language is one of the strongest aspects of both the film and its source material. In the typical alien invasion story, some ‘military man’ would save the day, squash the aliens, and return home to their families for a meal well won. Not so simple here. The military man, played by Forest Whitaker, is instead desperately dependent on Louise. We need to know their purpose. We need to find a connection. Why are they here?

That longing for connection is what drives Arrival. More so than just learning to communicate with extraterrestrials, this is a story about connecting with our own species — finding common ground, getting past perceived differences, and realizing we are all on the same dying planet and sometimes need to work together. And on a more personal level, Arrival is about the relationships we form with one another. With our parents, our children, our lovers. It’s a look into what defines the ‘story of our lives,’ and, like all truly great “alien” movies: What makes us human. 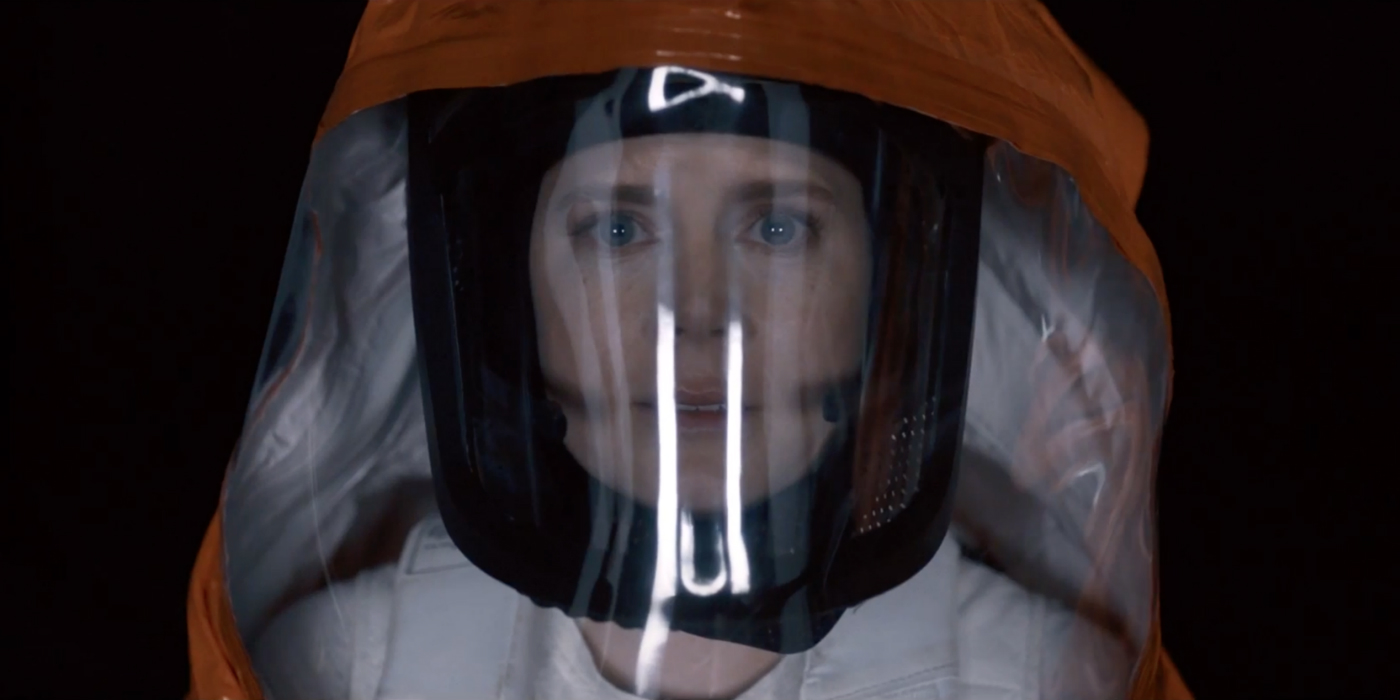 Denis Villeneuve is a great director and Arrival his best yet, combing the gut-punch drama of Prisoners with the subdued oddness of Enemy. It is intriguing and emotional and will make you cry. Okay, maybe I was just extra susceptible because of the world around me. Maybe I just really needed to a shed a good tear. But this movie hits like a brick. To get into the nitty-gritty of why would be to spoil the flick and you don’t want to be spoiled.

Look, all I really want to say is that it can feel like the world is a black pit of despair and everything is about to topple over into the precipice of darkness. Maybe it will — I don’t know. All signs point to the inevitability of our mutually assured destruction. Yet, lest we succumb to nihilism — or worse posting racist Pepe memes — I know that we all need to be vocal and fight for what we believe…

… but I also know that it’s nice to sit down and enjoy something that appeals to you. Something that gets your hopes up and lets you believe, even if just for a moment, that as a species we could get our shit together and work things out.

There are days that define your story beyond your life.