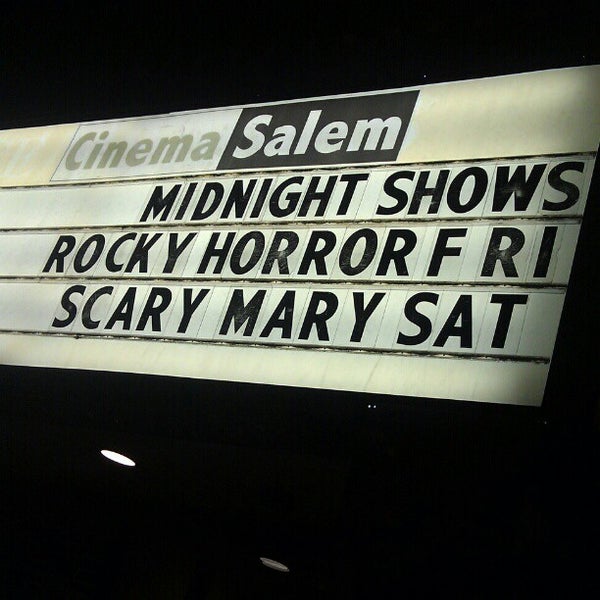 The first theater experience I could vividly remember was all the way back in 1998; Dr. Dolittle had just come out and my father took me to see it at the local Patriot Theater in Salem, Massachusetts. From the bright, fluorescent-lite candy counter to the dark hallway corners that mirrored each other in the back of theater 3, the images are forever burned into my retinas.

As I’m finally settled in the seat with my favorite snacks in hand (popcorn, gummy bears and an ice-cold Sprite, if my memory is right) the lights slowly go down and the previews start to project onto the screen in that glorious 35mm flicker that I desperately miss. Eventually, a trailer for the forgotten 1999 Disney remake of My Favorite Martian pops up, and I make a turn; the glorious lights and sounds coming out of theater must have been too much for my three-year old brain to handle as I tossed my snacks into the air and ran out of theater 3 screaming at the top of my lungs. 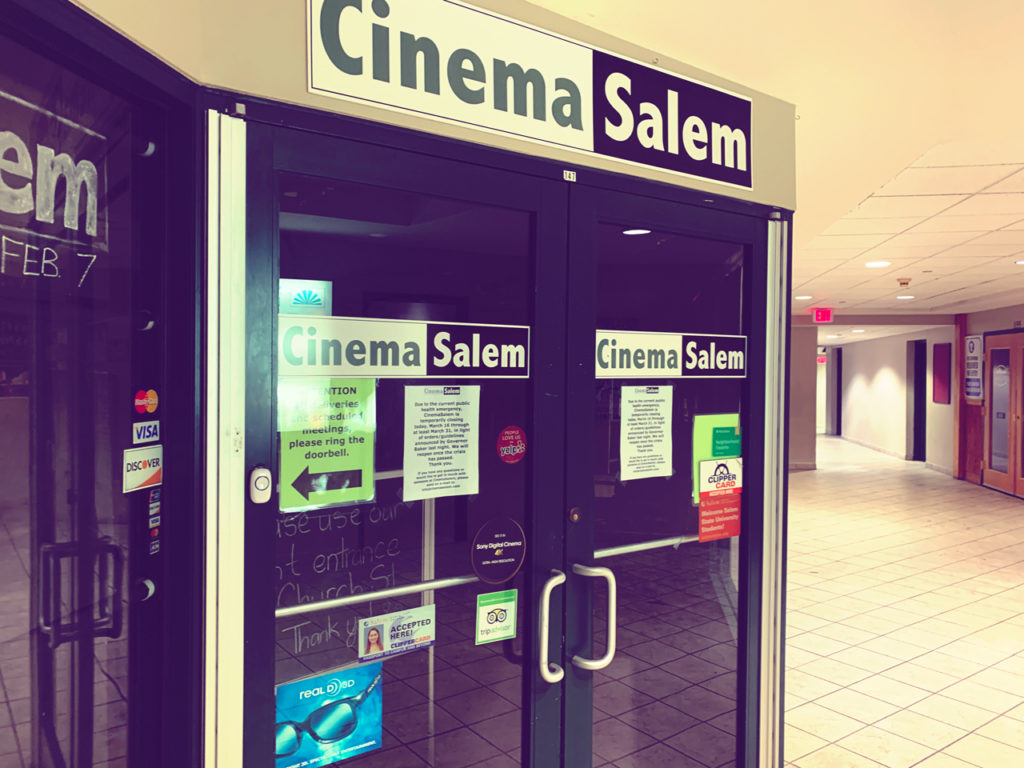 Needless to say, we didn’t get to finish the Eddie Murphy classic that day, and it would be another year until I’d be able to go see a movie without losing it, but still this memory feels important to me in ways hard to describe.

As the years passed and the quality of the theater dropped, the Patriot Theater would struggle to compete with its competitors, unfortunately leading to its closure in October of 2005. I wish I could say it was a huge loss, but at the time we had the newly converted AMC in the Danvers Liberty Tree Mall and the underrated (and unfortunately now shuttered) Hollywood Hits not far from Salem anyways. What’s one less cinema?

Yet the theater couldn’t stay dead for too long, and in June 2006 the now vacant Patriot Theater re-opened as Cinema Salem, a name that would go on to become a community staple for years to come. Under new ownership, the place was renovated to accommodate some small yet crucial features to the theater’s development. This included adding an 18-seat screening room and a café to the already 3-screen theater.

Just like any blooming film-nerd, my ass couldn’t wait to spend every weekend there. From comic book flicks to foreign masterpieces, and all the way to Rocky Horror Saturday Nights, I spent a good chunk of my teenage and early-adult years educating myself on the film world that existed around me. The best part? Everyone that worked there felt the same way I did. Whether it was discussing the movies I just watched or expressing excitement that the Cinema would be getting a certain low-budget horror film, the theater employees went from faceless workers to film enthusiasts themselves.

Eventually, I would start to envy those workers behind the counter. “What I would do to work here,” I told myself. 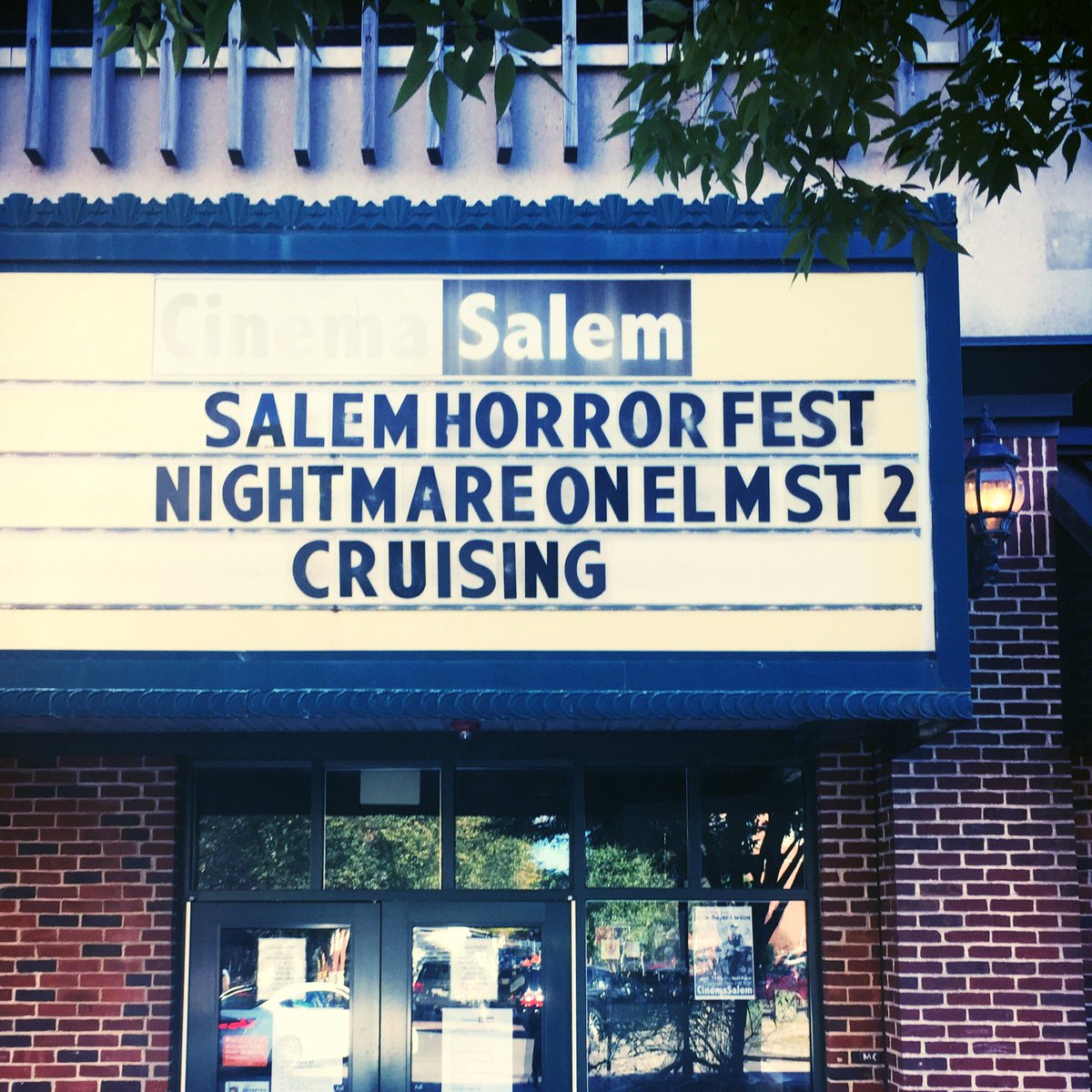 Cut to October 2014; 19-year old me gets brought into the projection booth and is officially given a Cinema Salem shirt from the manager, marking my first day working for the theater. In a way, it was more like an initiation than training; I felt as if I was joining an exclusive club, not becoming a new employee.

I knew from the start these were going to be my friends, not just my co-workers.

My next 5 years at Cinema Salem would be nothing short of memorable, with events ranging from the always incredible Salem Horror Fest to your run of the mill sold-out Thursday night shows that always got the theater bustling with energy. Even the weekday showings that may have only had one or two people felt special to us; I’m not sure why, but I look back fondly on those slow weekdays where I could chat with the regulars who still occupy my memories.

I felt like a part of something; for once, I belonged.

Eventually I worked myself up the ladder to an assistant manager position, something that little kid who watched Dr. Dolittle all the way back in 1998 could have never even begin to comprehend. But for all I gained in experience, I gained even more in memories, whether it was the mundane image of working on sorting popcorn bags and getting to chat with friends all the way to meeting the Sandman himself, Adam Sandler. It didn’t matter what the day brought: they were all equally memorable.

But alas, all good things must come to an end. Growing up is a fickle thing, and in October 2019 it was time for me to not just leave Cinema Salem but Salem as as whole. In hindsight it seemed to be perfect timing, because in March of 2020 it all went to shit.

The arrival of Covid-19 didn’t just bring the film industry to its knees, it brought the independent theaters down with it. While Cinema Salem was only supposed to be shut down temporarily, it unfortunately became a permanent closure on June 3rd, 2020.

Unlike other businesses that had to unfortunately shutter, this one hit differently. Having to watch a place where so many of my formative years were spent shut down for good in one day was akin to losing a friend– and with that lost came the mourning. Not just for me and my memories, but for the friends who lost their jobs. For the community that lost its theater. For the fear that this would signal the end of the independent theater landscape altogether.

While the anxieties were real, eventually the community prevailed; and the eventual re-opening of Cinema Salem was announced on March 4th, 2021. 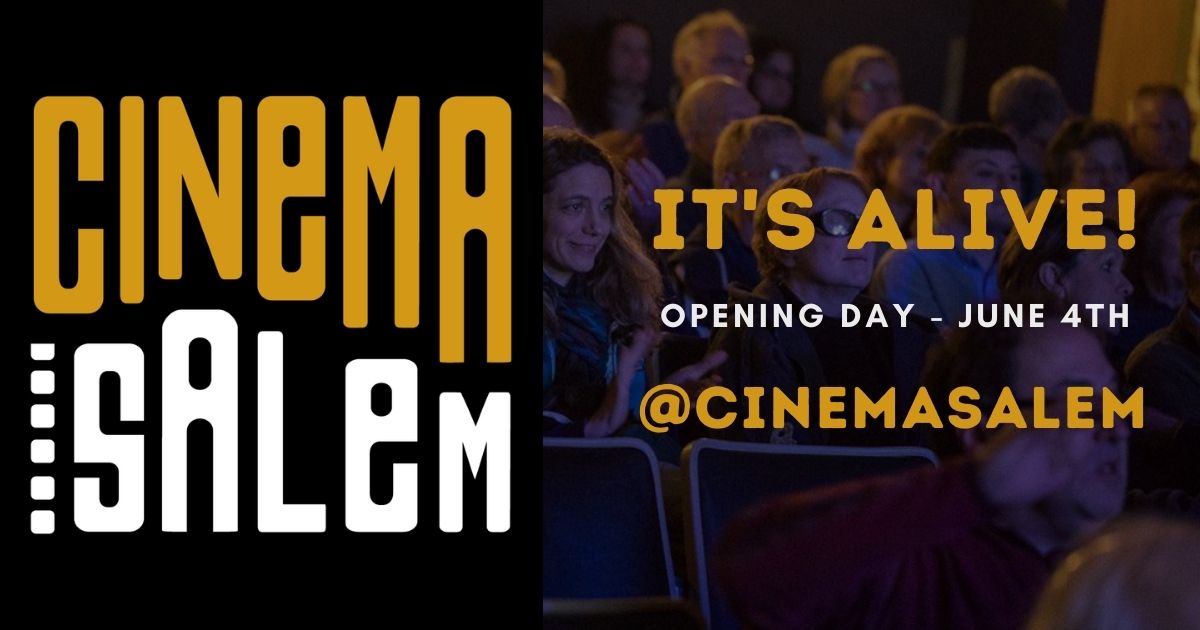 This time, the fate of the theater was dropped into the arms of longtime Salem residents Marshall Strauss and Elaine Gerdine, who decided the best thing for Cinema Salem was to extend itself even further into the community instead of competing with other theaters in the area.

With new owners came some changes: while the Cinema Salem brand was kept relatively similar to its previous incarnation, there were additional changes to make this theater more community-driven internally. This can be seen in their picks to manage the theater, which included Salem Creative Collective owner John Andrews and returning managers Peter Horne and Shanna Langevin– the latter of whom I myself had the pleasure of working with, knowing full well they are the most experienced to run this gem.

On top of this, they made sure to put Salem first and hosted several community driven events adjacent to the films they were showing. This included gaining help from Salem Mayor Kim Driscoll in organizing a private screening of In The Heights for local youth groups, offering a free screening of the 1978 Superman in response to the death of Richard Donner, and hosting a short film showcase as part of the Salem Arts Festival. It’s these small but impactful moves that will let Cinema Salem thrive for years to come.

But by far the most exciting addition to Cinema Salem’s repertoire is the inclusion of their weekly Friday late-night Night Light showings. The films shown here range from known cult hits to films that even make nerds like me pull up the trusty IMDb to refresh myself. Some examples include Satoshi Kon’s phenomenal animated thriller Perfect Blue, the incredibly weird Tetsuo, and the ultimate cult hit Eraserhead. The Night Light showings are on going so make sure you check their website out to keep track of all the great films showing there.

The best part? These Night Light showings offer pre-show music curated by the rad as hell Residency Records folks located just up the street from the theater. How much better can it get?

So it should be obvious by now how much joy I feel typing these words. To be able to say that Cinema Salem is back and better than ever brings nothing but a dumb smile to my face.

Yet while Cinema Salem has been reborn, some indie theaters had different fates entirely.

As we near the end of 2021 and restrictions start to lift, the remaining indie theaters are still overall struggling to keep the doors open to this day, while some will stay shuttered all together from now on.

With that in mind, maybe take a trip to your local community theater in the near future, instead of the various mall Cineplex’s that can be found in every city. Even if you don’t live in Salem, try out the Coolidge, the Brattle, Video Underground— hell if you’re in Rhode Island or southern Mass try out the Avon in Providence! 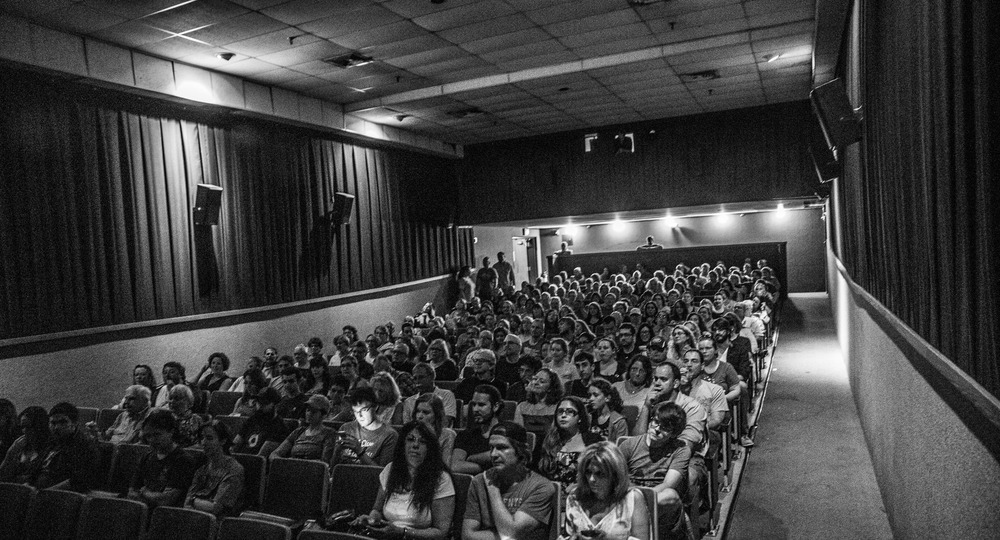 But if you’re in Salem or anywhere on the North Shore, be sure to stop by Cinema Salem and support all the great things they are doing and have planned in the future.

And even if you don’t have time to enjoy a movie, just make sure you at least buy a small bag of the best tasting popcorn you’ll ever have and chat about the obscurities of cinema with the nicest, most hardworking people you’ll ever meet. You may learn a thing or two!

While my time at the theater has come to an end, it is life saving to know the future for Cinema Salem is the brightest it has ever been.