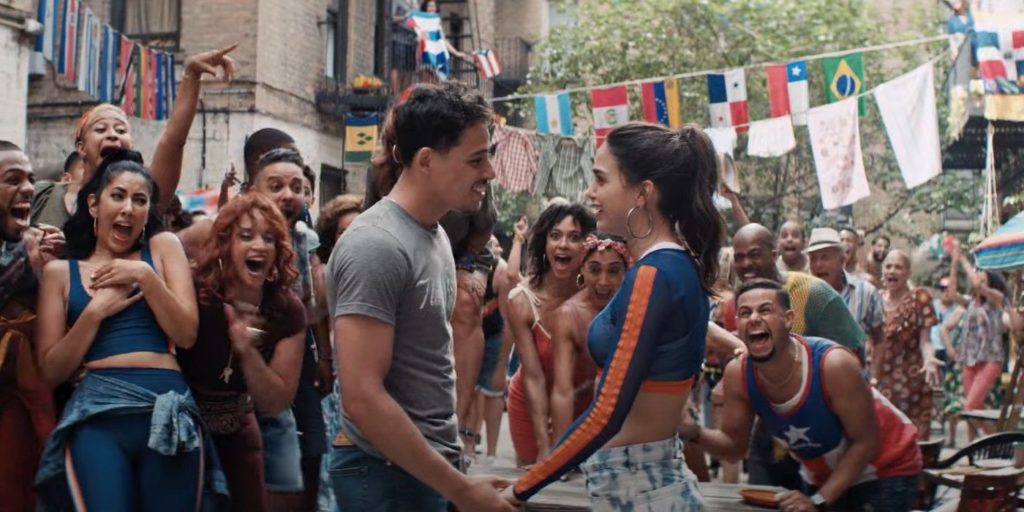 Based on the Broadway musical of the same name by Lin-Manuel Miranda, In the Heights follows Usnavi—a bodega owner with big dreams outside of his constraining New York City neighborhood, Washington Heights. He wishes to return to the Dominican Republic, which he fondly looks back on as “the best time of his life.” His friends and family that make up the block’s community are likewise chasing their dreams, the surprisingly big and the seemingly small, both within Washington Heights and outside of it. But, they are also watching their neighborhood change due to gentrification and the unexpected evolutions that come with time.

Like many musicals, In the Heights is built around wanting—built around the desire for something bigger or better or just plain different. Similar to Into the Woods before it, penned by Stephen Sondheim, who is Miranda’s mentor and Broadway’s greatest artist of all time (and one of the great geniuses to ever live, in my humble opinion), In the Heights takes this conceit of “wanting,” “wishing,” and “dreaming” and stretches it throughout, using every moment to tell the story of a whole cast of characters tied together into a singular community of wishers and dreamers.

But what is community when people and places are changing or disappearing? This is exactly what In the Heights wrestles with throughout, as Usnavi’s little community begins to reconsider their futures, their dreams, and their histories, particularly when it’s discovered that Usnavi’s bodega has sold a winning lottery ticket. The money, as is par for the course for much in the United States, becomes the symbolic key to achieving dreams.

In the Heights is a reflection of the neighborhood that Miranda was ostensibly raised in (although his childhood home was actually a bit uptown in Inwood) and features the hallmarks of Washington Heights, from the George Washington Bridge to Highbridge Pool to the La Flor spices prominently displayed on a kitchen counter. Within this neighborhood is a cast of characters all brought together through different journeys. But what truly ties them together—and what In the Heights captures—is a portrait of a diasporic community of Latin people, some from another country and some born in the United States. Between the wishing, wanting, and dreaming, this little block was transformed into a home for a displaced people through decades of not only work and struggle, but also love and friendship.

This is best expressed, and in my opinion heightened, due to one incredibly brilliant departure from the musical concerning a reordering of some of its central songs. Whereas Act 1 in the stage show builds towards a pivotal blackout scene (an event that the movie does count down to) that casts the characters into disarray, the movie instead hinges its emotional pivot around a different scene and song. It focuses not on the cast of characters, but specifically on Abuela Claudia, who is Usnavi’s guardian and the matriarch of the block: everyone looks to Claudia for guidance, but also as a connection to the past, to history. She represents something like a homeland, not one of geography but of sage advice, loving embraces, and intimate whispers.

In this pivotal moment, Abuela Claudia sings “Paciencia Y Fe,” the words her mother would repeat, like a prayer, as they moved from Puerto Rico to New York City, where her mother would toil endlessly for a dream she would never see and where her and Claudia suffered the abuses of a foreign city and the white people who inhabit it. This song takes place entirely in Claudia’s mind, a sort of visual riff on the classic “dream ballet” from Rodgers and Hammerstein’s Oklahoma! or Stanley Donen and Gene Kelly’s Singin’ in the Rain. The setting of this number is a dream version of the NYC subway, aptly chosen as it is one of the most liminal real-life spaces in the world. As Claudia moves through the tunnels of the subway station and passes from train car to train car, instead of commuters, she is surrounded by figures in white who dance and shift around her—shadows of her past and a shared past. They move through the subway cars with her, and the choreography of their movement is elegantly harmonized to the cinematography on display.

It is in these scenes in which the visual elements feel most cohesive, most deeply felt. It’s truly one of the more profound numbers I’ve witnessed in a modern movie musical, tying together thematic undercurrents and expressing them in a distinctly visual way. This song becomes the transitional point for Usnavi and his little community, as filtered through the internal emotional journey of Abuela Claudia—poignantly played by Olga Merediz, who originated the role on Broadway.

These characters’ dreams, which are so deeply tied to the past just as much as they seem to stretch so far forward into the future, coupled with the external pressures of a country with little security for Latin brown and Black people, seem like they will send the community reeling; no longer a constellation linked together, but individual actors unsure of their future without each other. What may seem like a moment of terrible, disconnected finality for these characters, however, is transformed into a momentous vision through which they can finally see how they might fit with each other and how their dreams might be tied together. 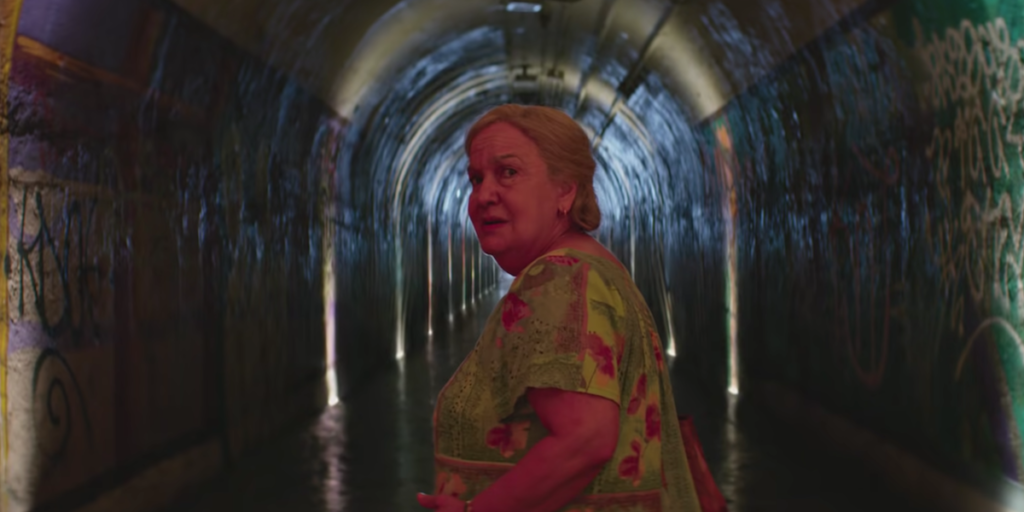 Quite refreshingly, and similar to his prior movie Crazy Rich Asians, Jon M. Chu looks towards classic movies to inform his and Miranda’s love letter to Washington Heights. The influences of Busby Berkeley, Jacques Demi, Stanley Donen, and Bob Fosse are welcome presences, as In the Heights captures the electric cinema of classic movie musicals, which were able to balance comprehensive scenes full of scores of dancers or intimate ballets by one or two people. And, like the settings of West Side Story or On the Town, Chu’s Washington Heights becomes a vision of this New York City neighborhood as filtered through a nostalgic and cinematic lens; it becomes both real and unreal at the same time, a place where music can happen anywhere. By leaning into this un-reality, Chu crafts something fantastical and exuberant: In the Heights is a dream upon dreams.

Although some of the camerawork and editing does overwhelm the choreography and emotional precision of the movie, the beating heart of Washington Heights is never lost. This is, of course, due to a number of elements within the movie. Notably, Anthony Ramos (Usnavi) deserves to skyrocket into any movie he wants to next. He captures every beat of Usnavi’s journey with delicate precision, the emotion on his face as resonant as the words he sings and the movement of his body. Likewise, Miranda’s exquisite story is so tightly woven, and Quiara Alegría Hudes screenplay (as based on her own book for the original musical) makes a transition that, if anything, is built in a way that improves and deepens the emotional resonance of the story specifically for the screen.

Yet, what really stands out is Chu’s visual interpretation. There is this sort of “anything goes” quality to In the Heights. It’s as if Chu understood the movie musical genre to mean that literally anything is possible, that there were no rules to what could happen. If people can sing and dance spontaneously, why can’t there be fabric falling from rooftops or a fire escape ballet that defies physics? This mentality does certainly lead to some truly chaotic filmmaking decisions, which in lesser hands could have proved a disaster, but are ultimately cohesive under Chu’s incredibly excited yet tenderly loving eyes. This love and excitement is then reflected in every cast member and in every scene. Because of Jon M. Chu and his whole team—cast and creative—what could have been a discordant disaster is instead transformed from pure creative chaos into a movie of true human feeling, like a cacophony of city noise being transformed into beautiful music.