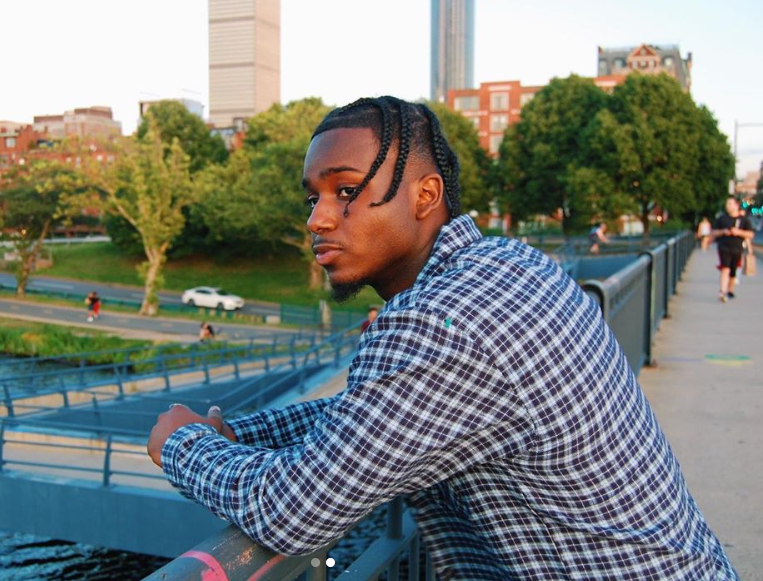 Listening to an Exoshakeem song is like time traveling back to the 90’s and forward to the 2090’s at the same time. In his work with Teen Empowerment he was able to make quite a name for himself with songs like Midshift and Nobody. I sat down with Jacory to discuss his influence, future and more.

Boston Hassle: When did you first decide you wanted to make music?

Exoshakeem: I decided to make music or at least take music seriously back in 2015, That’s just because I was exposed to studios. So I figured since I had access to the studios and it was free that I could do some stuff, it may not be crazy or blow up right away but I think it was totally worth it to just give it a shot. I started getting into music back  when I was younger because I did poetry and I think that poetry lifestyle kind of formed this musical sensation I started to get at the time.

Boston Hassle: What kind of artists influenced your style?

Exoshakeem: My parents grew up in an era of hip-hop which was really in its prime so definitely that old school hip-hop and it’s content and message it was projecting back then. Personally I”m trying to help that live on and grow, even if we have to mix and mash things together that’s what I’m trying to do.

Boston Hassle: In your experience, what was it  like starting off in the music scene as a teen?

Exoshakeem: It was kind of difficult because you’re gonna come across people who don’t believe in you or give you the support that you need. With me now that experience is a factor I don’t rely on many people in terms of my music and art, I’m not gonna put that in someone else’s hands. I would get feedback to see how I could improve or do better. Bumps will happen and it’s your choice whether or not you dwell on it or grow from it.

Boston Hassle: What is your experience performing at shows in general?

Exoshakeem: I mean by experience I evolved over time so when you’re first starting you have to get used to performing, the audience. Like how can I cooperate with myself to make myself feel comfortable in this environment, in terms of my music and appearance. The state I’m in now compared to when I was younger I’m not as nervous and as time goes on I know what to expect so in that part it’s not gonna get worse it’s just gonna get better from here.

Boston Hassle: Where do you see yourself in 5 years.

Exoshakeem: In terms of music I think that things are just gonna get greater for me. I’m young now so I think being young and having this musical background and trying to evolve as an artist. In Boston especially right now the music scene in Boston is going crazy, we have a lot of talent, a lot of young people trying to come up and the resources we have like Boston Hassle and Brain Child that’s like supporting these artists. I think it’s gonna be bigger than I expected if I continue to work on my craft and do what I gotta do, I think we disguise the limit big time.

Who is Marianne Toilet?

Marianne Toilet and the Runs music is like one of director John Waters’ wild characters performing The Mentors’ music. Though, instead…

An Interview with Rusty Mullet

On the first Friday of June, I had the pleasure of attending a show at Lynch Family Skate Park. Among the…