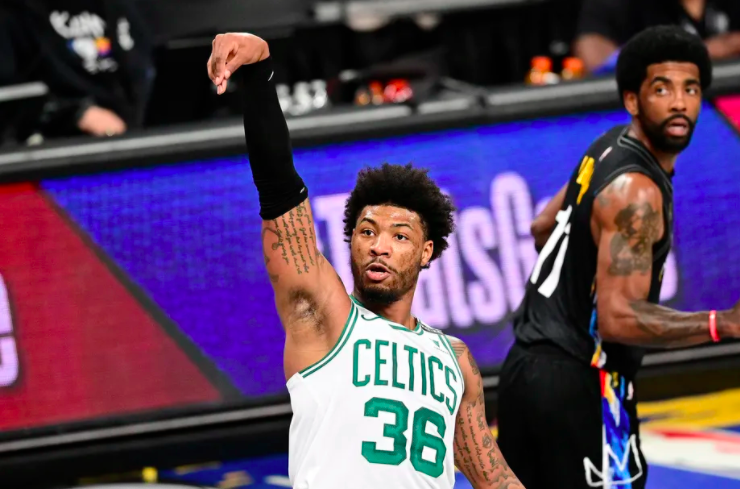 It is almost that special time of year when all the sport leagues align. We get late-season baseball (though we may have no playoff baseball this year), the beginning of Patriots season, and pre-season hockey and basketball slowly start to kick off as well. The NHL and NBA officially begin their seasons mid-October, the 12th and 19th respectively.

Boston Hassle writer Durane West breaks all the sports talk in the area and gives some of his predictions for the seasons ahead.

We are in the thick of things in the AL East. As of 9/14, Toronto has gone 12-1 in the month of September and has leapfrogged both Boston and New York for the second Wild Card spot in the AL. Vlad Guerrero Jr. for now leads the entire majors in HRs(45) and you have to ask, “is there a scarier hitter in baseball right now?” The Sox don’t have that type of top end talent at the plate and down the stretch, Ted Williams ain’t walking through that door. Hovering around .500 for the month of September, we are limping to the finish line. Chris Sale is now the tenth player since August 27th to land on the COVID-19 injury list. The starting pitching rotation and the bullpen especially is hit the hardest with Barnes, Perez and Sawamura all out. There may be too many moving pieces for this team to solidify an honest attempt at the Wild Card (tied for 10.0 game back with NYY, 18 games to go) but maybe that’s for the best.

Gotta tip your hat, this is the best division in baseball.

Since this time last week, the Celtics have traded Carson Edwards and Kris Dunn for Juancho Hernongomez. Trader Brad anybody? Joking aside, as the roster crystallizes, it looks to be deeper than last year. The front court is now at least two deep at both positions and there are quality veteran backups to support in case of injury or inconsistent play by the starters. Vegas’ over/under wins for Boston is 46.5. Last season, throughout all the ups and downs, Boston had the point differential of a 45 win team. They massively underperformed however, but with hopes that health is on their side, this team winning 50 games isn’t farfetched. The big wildcard outside of injuries is that the Eastern conference has gotten better, especially at the middle of the pack. Teams like New York, Chicago, and Indiana have improved and should make it harder to feast on bad teams.

Well, the first week is done and all I can say is that I’m glad we play The Jets next. Say what you want about the fumbles by Damian Harris but I don’t foresee New England scoring more than 31 points offensively in any game, even though classic Belichick teams historically have gotten contributions from all three phases of the football. It’s not Funky Friday yet, but I must say: I am surprised how many teams have split reps between QBs in week 1. San Francisco and Chicago both started their veterans allowing their lottery draft picks to come in for short yardage situations posing more versatility. Miami and Las Vegas both put their veteran backups to run read option and had success. The theme I sensed is that unless you have a guy who does both like in Baltimore or Kansas City, guys like Cam Newton can be effective for low ceiling offenses like New England in the red zone. Now I know what you may be thinking, Cam fumbles like he did in the Bills game last year down the stretch. However, he also ran for 592 yards and had 56 first downs on runs which was the most of his career. He had a 46 yard run against New York just last season, in a year where the best receiver on the team had 59 catches (Jacoby Meyers). The worst since the days of Reche Caldwell in 2006.

Newton is not a starting QB anymore, but there wasn’t much help, and that’s a fact. His shoulder may be damaged goods but that’s from carrying Carolina on his back for all those years (look up the receivers he threw to in his MVP season for a refresher). In a perfect world, McDaniels lowers the stakes for Newton and at 6’5” he becomes a damn good goal-line run option QB to ensure the Pats aren’t trading seven for three with the rest of football. Under no circumstance does he start though. I thought Mac Jones did really good, considering Miami led the league in takeaways last season. Wasn’t his fault we scored 16 points, but my question is: what is the ceiling? 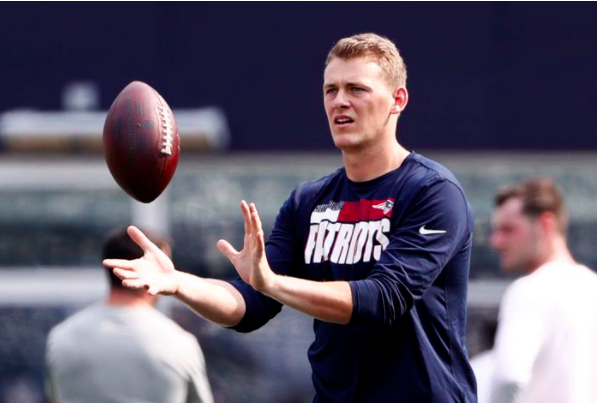