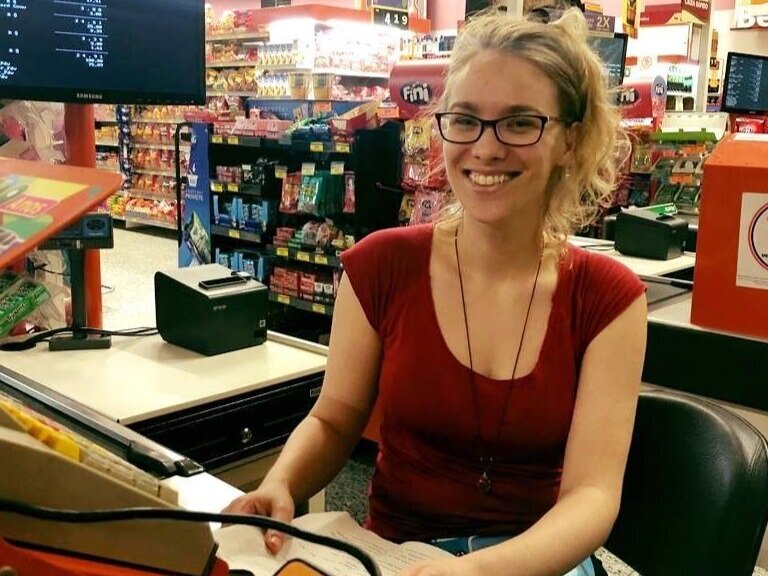 Work can be monotonous. But the best memories are always of the fun you have with your coworkers, whom you may have never necessarily have known otherwise. In Meu Querido Supermercado (English: My Darling Supermarket), director Tali Yankelevich had the perfect eye in scoping out employees and capturing the essence of what they were feeling and thinking behind the counter. It follows employees at Veran, a Brazilian grocery store. The store is filmed in the maximalist grocery aesthetic — brightly packaged goods stored as they should, fluorescent lights flooding the aisles, fresh batches of bread. In the scheme of driving plots, things might seem anthropologically benign, but for each employee, a small change could mean a big thing. The documentary is a grand exploration of a space limited to its employees, who are normally treated as invisible. Ahead of its virtual screening at BLIFF, Yankelevich welcomed me into the gears and switches of her mind with a perfect deliberation.

BOSTON HASSLE: How did you find this grocery story and how did you decide to film it?

TALI YANKELEVICH: The idea of the movie came first. I didn’t just walk into a random grocery store where all the characters were located. A lot of people ask this, and that would be really unique! The film is shot in four different stores that belong to the same chain. They all look the same, but it was shot in different locations. I did this really long character research, and so we chose these characters in stores that were a bit far away from each other.

I was interested in themes like repetition in mechanical work. I had a done a short film called The Perfect Fit about ten years ago, and it featured a man who made ballet shoes in a shoe factory. He had this mechanical way about him where his body would move in the same way every day while he was making these handmade shoes. I enjoyed filming this character, and I became interested in talking about the human spirit trapped in the space of limitation and repetitive movements.  I wanted to learn how to capture that in the same frame and how to talk about those things like they’re survival mechanisms.

I also realized that in this shoe factory the conversations were bizarre and philosophical, even though we were in a place that has nothing to do with that. There was a strong contrast between this metaphysical universe and the material universe, and that’s what we were looking for — the symbolism of those sceneries that we’re filming. I kept thinking about how I could explore this subject again. The supermarket came about because it’s a large place that people go to every day. It’s also very common in our imagination, and it’s a place where a lot of mechanical work is done. The idea was to make a film about human fantasy.

BH: The opening had a real sense of wonderment, especially with the colors of the products and the fluorescent lighting. What inspired the aesthetics?

TY: I wanted to transform the space and make it cinematic. It wasn’t supposed to be a boring film, and so I envisioned it as very bright colors. The idea was to bring those fantastical elements that were inside this place that people see everyday. As filmmakers, it’s important that we had to work with all the elements that were in there, because there is symbolism for every object. All these small things become my universe, and it was my goal to make them very powerful and make them mean something beyond what they are.

BH: From the way you were able to capture these weird conversations between these employees, I felt so sure that you must have worked in a job similar like this.

YT: When I had this idea for the film, I totally forgot and didn’t relate to my own experiences, but I realized that I’ve worked in a cinema for five years. I also did customer service and restaurants, but I worked in a movie theater for a year and it was this really repetitive work of selling tickets and getting popcorn. But it was a place where I had the most incredible conversations with my fellow workmates because we all wanted to be filmmakers and had these great but bizarre ideas. That was often the topic of conversation in this really boring job.

I have a really good friend who used to work in a pill factory. It was a boring job where you had to package the medicine. For me, it was fascinating to hear about her experience because she had really strange dreams and also weird conversations with people.

BH: Were her dreams related to her job?

YT: Yes, she dreamed about the machines, but in a very surreal way. 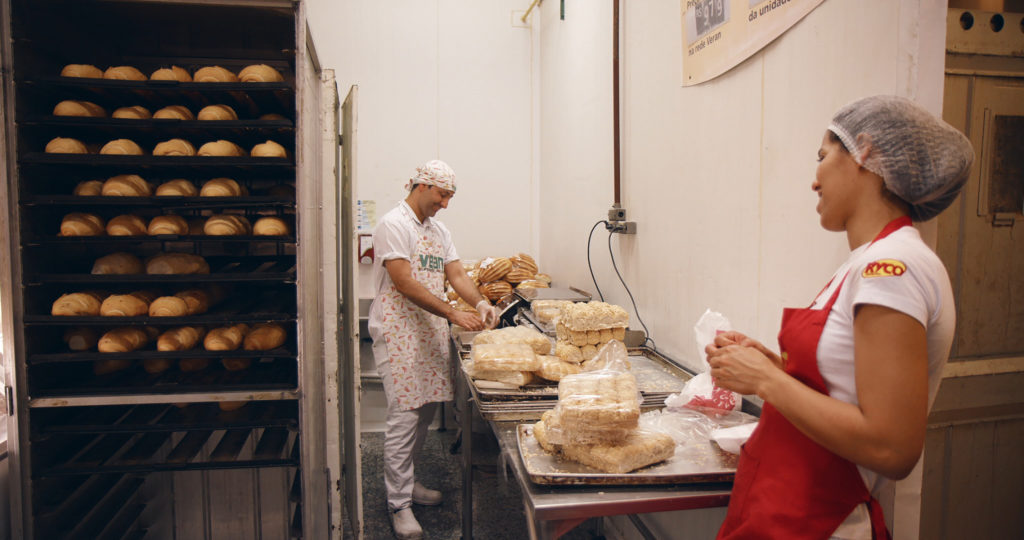 TWO OF THE DOCUMENTARY’S SUBJECTS: RODRIGO (L) AND KELLY (R)

BH: It was interesting when you opened the first piece of dialogue with a man saying that these employees aren’t very interesting. How were you able to decide who was interesting?

YT: That’s the thing with documentaries. All human beings are interesting — doesn’t matter who they are, it’s our condition. We can all potentially be incredible characters. But when you have a specific film in mind, then you look for people who want to communicate something similar to what you want to tell, so it was really a matter of finding that chemistry with the characters. I was looking for people who are interested in specific subjects and existential questions so that we could have these metaphysical and spiritual talks.

The guy in the bakery , he wonders about quantum physics. He was wonderful. I tell people that when you find this perfect character, it’s like, “Where have you been all my life?” I needed to feel that connection, and that these characters had something important that they needed to express so that the camera will be there for them.

BH: Did it take a while for them to open up to the camera?

YT: In pre-production I spent years going to the supermarket, because it took three years before the film got fully financed. We actually shot the film before we had the money. But I knew the characters for three years. I like to choose people who have a natural performative personality, and for this film, it was important that people enjoy being in front of the camera and wanted to share things.

BH: I definitely feel like I can remember every character. I especially liked the woman who was caught in the bakery love story.

YT: I really wanted that in the film because it was going to be a narrative in a film that doesn’t really have a traditional narrative structure with a beginning, middle, and end. The romance helped with the passage of time and the idea of expectation. From my research, there were many couples in the supermarket that get together. I was watching out for one that I could become attached to.

BH: Were there any supermarket secrets that you didn’t expect while filming?

YT: This is one story that I tell people, but we were a crew of four people. We had equipment — a camera boom, sound, we carried lenses. We were noticeable, but it was so funny because we would walk around the store completely unnoticed. It was easier to film and it allowed us to be in the position of imagining what it was like to work there and being invisible to the eyes of people going in and out of the store.

Children often noticed us, though! The camera was this magic thing that the children wanted to play with.

BH: I’m sure this question gets asked so many times, but if you had filmed this during the pandemic, do you think you would have focused on anything differently in terms of scenes or how the employees feel?

YT: For a long time, supermarket workers were talked about in the media and everyone was thanking them because they were frontline workers. People were paying more attention to people working at the supermarket and this was something new for them. People had never valued the work of grocery store employees. I think the film gained new layers of meaning from the pandemic, but in terms of filmmaking, I don’t know. What  I can say is that the people I talked to for the film, they felt really scared. Truthfully, they didn’t feel more valued during the pandemic. They weren’t getting priority in getting the vaccines, they still had to work every day on the front lines, and they were terrified. A lot of people weren’t respecting the rules and wanted to go in without masks or not wait their turns to go into the store. Because it was so stressful, they really didn’t feel like heroes.

BH: How do you think the employees related to their job? Did they love it?

YT: Well, I’d say nobody really loves their job, except for the lady working behind the security cameras. She likes the idea of being a detective and finding a way to fight crime. She definitely loves her job.

My Darling Supermarket will be virtually screened at this year’s BLIFF starting on Thursday, September 30 at 6PM, followed by a Q&A with Yankelevich. For more information and to purchase tickets, check out the ArtsEmerson website!