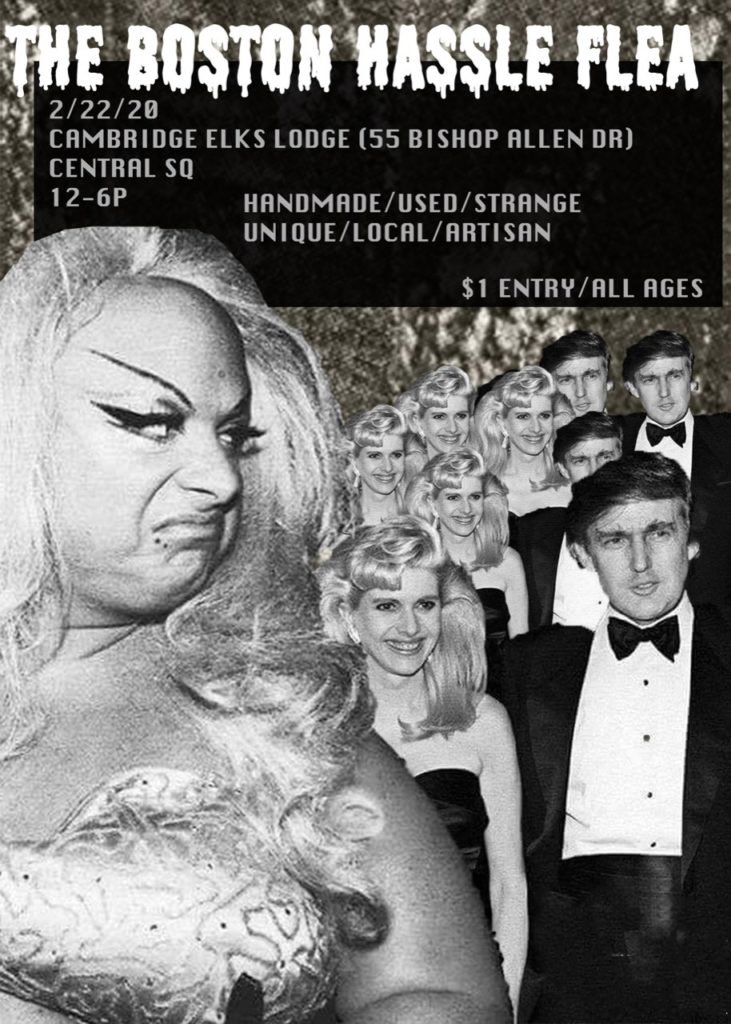 The first Boston Hassle Flea of 2020 is coming up on Feb 22! Let’s check in with returning vendor Pizza Pranks and learn about some of the fun stuff they’ll be selling.

Who are you, and what’re you gonna be selling at the flea?

My name is Andrew, a local game developer, and I’ll be selling games on behalf of local developers as both as a mixtape (though technically on DVD) and redeemable codes for video games on handwritten recipe cards. I will also be selling a Seinfeld based tabletop Role Playing Game (RPG) zine of my own creation, a horror podcast recording with accompanying book written by a friend, and a secret collection of comics. 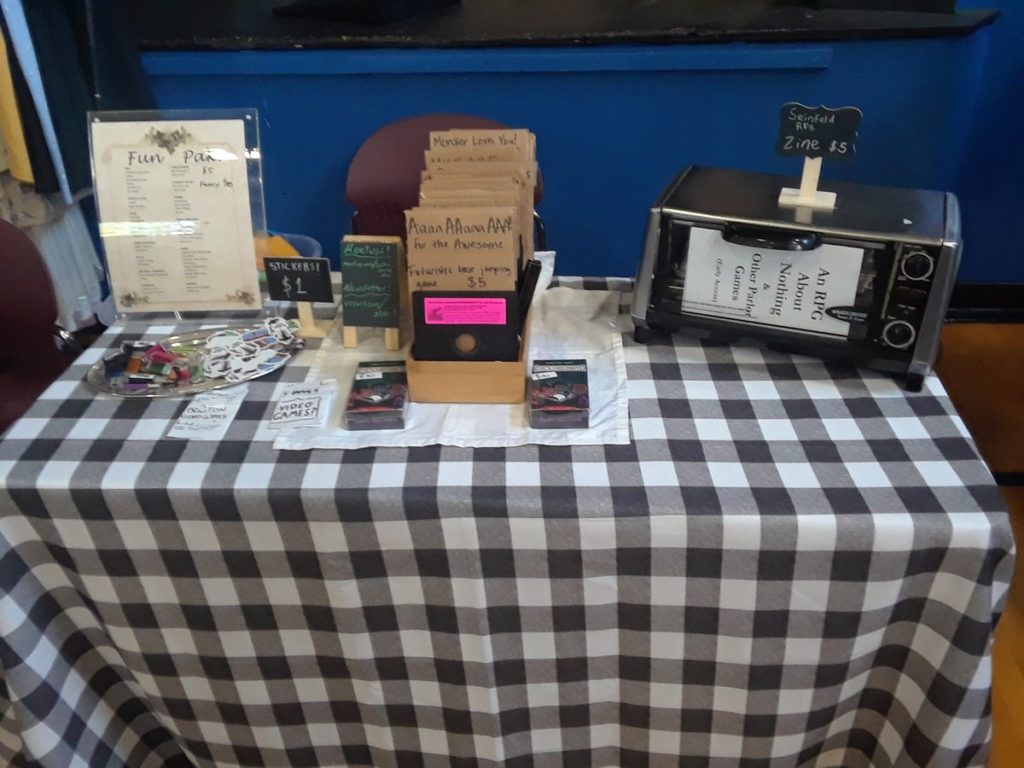 What’s your favorite thing you’ll be selling and why?

My favorite thing I’m selling is definitely the RPG zine since it put me on a path towards finding a way I am finally comfortable with making games. Unless I can get my Indiepocalypse game anthology ready in time, in which case that’s my favorite because anthologies for indie games are important things that need to exist and I’m excited to help get that started.

In pretty much all other artforms I am driven to increasingly small and personal works but never captured that same energy in games. Even the ones I made. More recently, and anyone who slightly prompts me will hear, I have begun to think about how games lack a cohesive indie culture in same way other mediums do. The core problem is that there are few platforms for indie games that exist to serve anything outside of the “team-based multi-year” model that dominates the space. For far too long I played the of making to 8-hour-infinitely-repeatable-all-consumer-pleasing game before I just got tired of it all. So here I am making indie game anthologies and yelling about indie games to anyone in earshot. 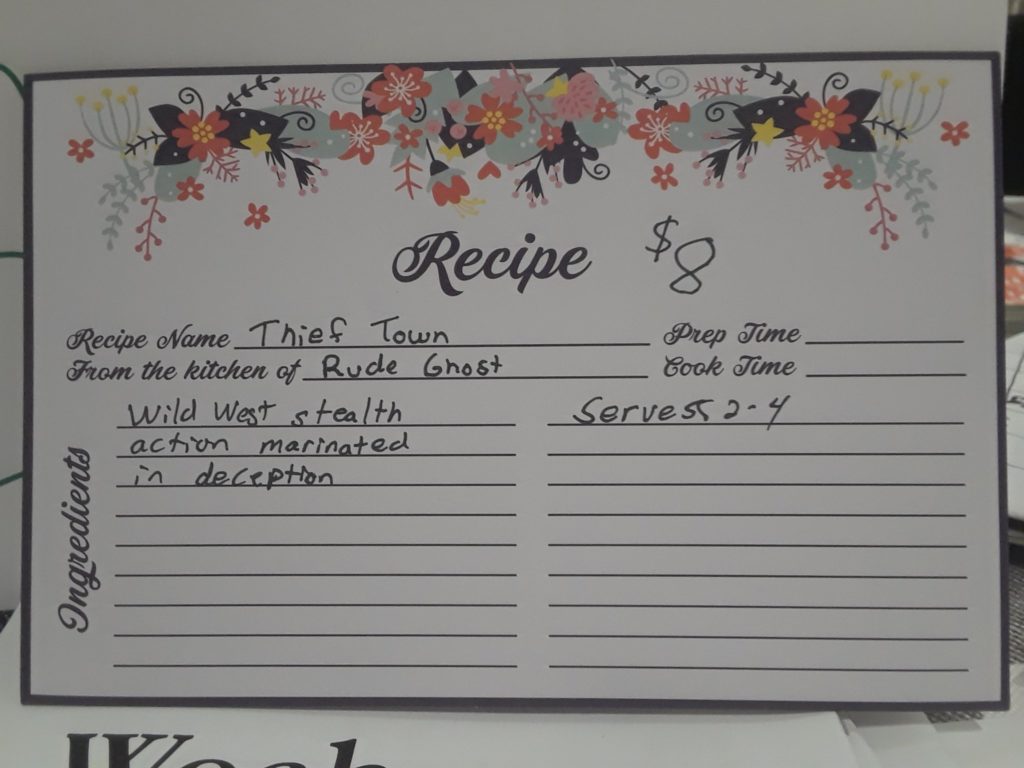 Say I’ve never played a tabletop game before; what’s a quick pitch for someone on what your Seinfeld RPG is, and what the parlor games are like?

For the Seinfeld RPG take whatever vague ideas of monsters and math you have about and throw them away. This RPG is more in the style of playing out stories with friends and sometimes rolling dice. My tabletop RPG playing, and therefore design, preference is toward story over math. The zine provides you with a small campaign and Game Master’s guide to get you started on your own quest of petty slights. The game is light on strict rules to make it fairly easy to learn and hopefully serve as a gateway to the world of tabletop RPGs.

Parlor games (the classic example being charades) are are the intersection of personal knowledge and improvisation. I provide I simple ruleset but I prefer to think of them as a jumping off point as parlor games thrive on being modified and passed down orally. I found a favorite game is the one where you prompt another person with the name of their podcast which they must then describe.

You can see more of Andrews work on his itch.io page (itch is a cool site where indie game creators can post their work, go poke around, it’s sweet).

"Finally, the unreleased Linnea Quigley film is seeing the light of day!"

"I think it is a wonderful reminder of how special and precious our planet is-- and precarious."