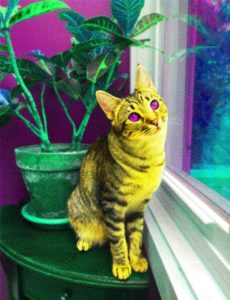 If you’re a cat lover, you know that felines are natural predators. Even the most pampered house cat still has the instinct to chase and pounce on “prey,” whether it’s a toy mouse, a laser pointer, or even your toes wiggling under the blankets in bed (ow!) This is part of the reason that we love them so much, but those killer instincts have some not-so-cute consequences when kitties are allowed outside.

A lot of people think that cats are a “natural” part of the environment, but actually, humans intentionally domesticated cats from the European wildcat (Felis silvestris) over many hundreds of generations1. The pet cat that we know and love is considered its own species, Felis catus, and it’s not a native predator in any ecosystem. People brought domestic cats with them when they visited new areas, and they are now found all over the world. But just in the same way that we don’t consider Golden Retrievers to be a part of the ecosystem, domestic cats aren’t either. When they are allowed to roam free, they can end up having major effects on native wildlife.

Researchers at the University of Georgia used an innovative technique to find out what outdoor cats get up to when we’re not watching: they attached miniature video cameras to the collars of pet cats to see where they went and what prey animals, if any, they hunted. Interestingly, cats ate less than a third of the prey they caught and only brought about a quarter back to their owners2. The remainder (almost 50% of prey animals) were left uneaten where cats caught them. This means that for every bird or mouse your cat leaves on your doorstep, it’s likely that there are many more you don’t know about! And even if an animal is lucky enough to escape, they may die later from injury or infection3.

You might be thinking, “Okay, but what’s a few chipmunks and sparrows here and there?” The problem is that the impacts of cats start to multiply when we look at the entire country. There are estimated to be more than 90 million pet cats in the U.S. 4, many of which are allowed outside, and between 60 and 100 million un-owned cats (ferals and strays)5.

All of those numbers add up. A recent scientific analysis estimated that cats kill between 1.4 and 3.7 billion birds per year in the US6. That’s billion with a ‘B’! And small mammals have it even worse; estimates range from 6.9 to 20.7 billion killed by cats per year6. (Cats can also kill reptiles, amphibians, and invertebrates, but there hasn’t been as much research on those groups.) Given that many wildlife species are already facing other threats like habitat loss and climate change, cat predation has the potential to have a huge negative impact on wildlife populations.

Another concern is that cats can spread diseases that affect humans as well as wildlife. In addition to rabies, cats can carry a common parasite called Toxoplasma gondii. This parasite is transmitted in cat feces and can cause health problems in some people – including miscarriages and birth defects, which is why pregnant women are advised not to clean litter boxes if they can avoid it7. The parasite can even wash downstream into the ocean, where it can sicken marine mammals like sea otters and seals! People, especially children, may be exposed to T. gondii if they play in gardens or sandboxes that outdoor cats have used for a litter box.

So, what can we do to help? First of all, keep your cats indoors. It’s much safer for them – indoor cats aren’t going to get hit by cars, attacked by coyotes or dogs, be exposed to rabies and other diseases, pick up ticks and fleas, or be hurt by cruel humans5. This is simple enough if you get a new cat or kitten at the shelter; many adoption agencies even require you to keep your new friend indoors as part of the adoption contract.

But what if your cat is already used to roaming outside? Canada’s Cats and Birds initiative offers some great tips for helping your cat transition to indoor life. Providing toys, regular playtime, and a stimulating environment is important for all felines. You can still give your cat supervised outdoor time; contrary to popular belief, many cats can be trained to walk on a leash (and it’s super adorable!) Or, if you have the space, you can consider building an outdoor pen or “catio” (cat patio) for your little buddy.

If you’ve tried everything and your cat is still not content indoors, you can purchase a Cat Bib  or Birdsbesafe cat collar. While not 100% effective for preventing kills, especially for rodents, they might help. Unfortunately, the old-fashioned fix of putting a bell on your cat’s collar isn’t especially useful – birds and other critters don’t associate the ringing sound with the approach of a predator. 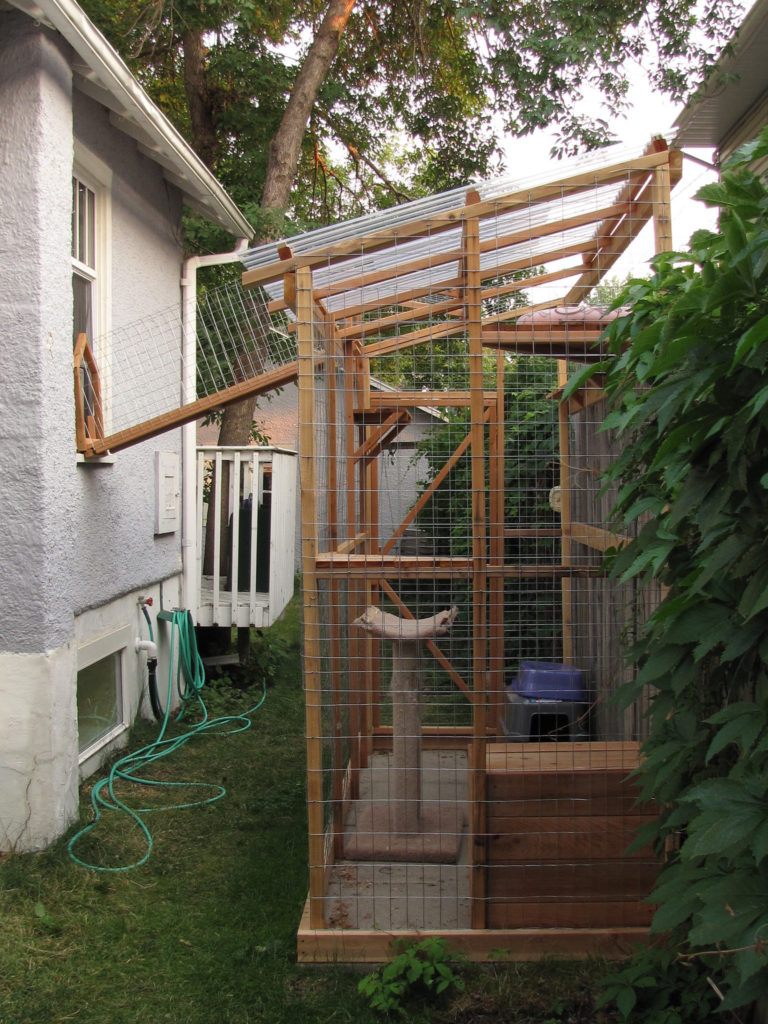 3 Loyd, K.A.T., S.M. Hernandez, and D.L. McRuer. The role of domestic cats in the admission of injured wildlife at rehabilitation and rescue centers (2017). Wildlife Society Bulletin 41:55-61.