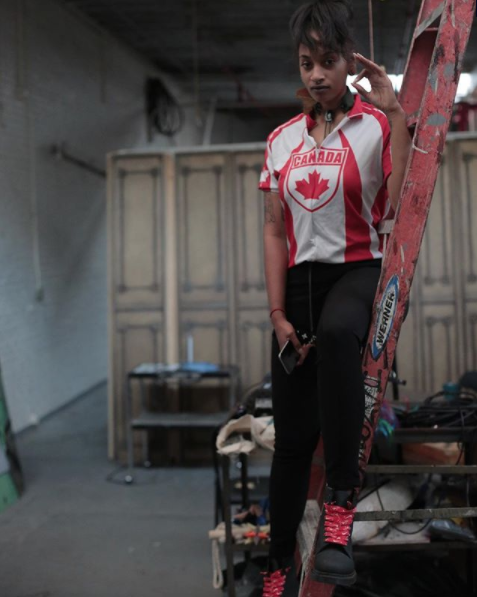 In a 2016 interview with the Transformative Culture Project, Jamilah “Cauctease” Unique made a brief reference to “Holism,” a concept which had stuck with her since studying it in college.

Holism, which sees the universe as a web of interacting, whole systems, not only appropriately suits Unique’s macrovision for Boston’s art scene. I’d argue it’s her secret philosophical sauce (say that 5 times fast) in how she’s managed to accommodate and provide a platform for a dizzying amount of subcultures with her multi-genre showcase, ART PLUG.

The showcase, which began in 2016, recently celebrated its 12th installment (unapologetically titled, “Fuck Twelve”) this past January. I had the pleasure of performing at ART PLUG last September at Roxbury’s Inner Sanctum, so for the uninitiated, let me paint a visual.

The elevated stage from which I stood was beside a table that sold edibles, next to a table where cooks served chicken and pasta, next to a bar, next to a table with sex toys..and this was only one room. The other two rooms had equally vibrant displays – paintings, jewelry, clothing, and shoes for sale, nooks in each room abuzz under blacklight. Oh yeah, and smoke. A lot of smoke.

When I asked Unique as to what inspired her to highlight so many different arts and industries at once, she replied “..all I can say is art is life..everything. Food is art, sex is most certainly art, and so is dancing, painting, bartending..if you really want to get into my ways of thinking. Our world was always supposed to be our playground and canvas, not a job or a struggle.”

Thankfully, Unique was down to unpack more of my questions on ART PLUG for the Hassle. 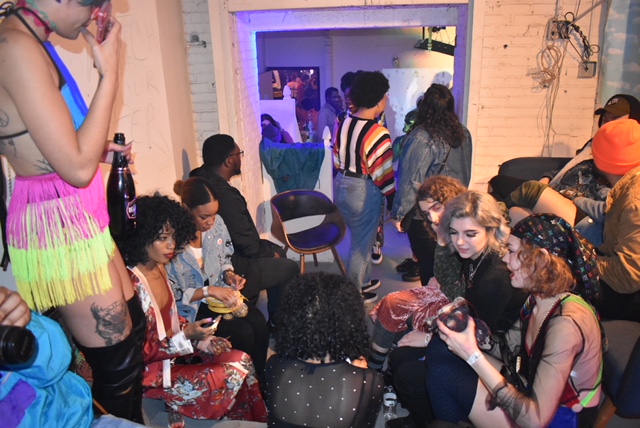 Rex Mac: Given your involvement in the Boston arts scene, I’d say you wear many hats. What do you define yourself as? Who is Jamilah Unique?

Jamilah Unique: Jamilah Unique is a creative innovator from the city, and Unique is actually my last name. Many people say that Unique fits me very well. That’s what I am. I focus on being myself and finding comfort in things that others may not see as “normal.” She is a curator. She is a “father” to many artists. Jamilah Unique is a public figure or a leader of some sort that I think a lot of people have began to look up to and turn to for motivation and uplifting, and Jamilah Unique is a person who doesn’t want to let anyone down.

RM: ART PLUG has been going strong – a little over a year now. To what do you attribute the event’s success? What have been some of the challenges?

JU:The event was always destined to be successful simply because its system was super inclusive to everyone. We wanted to showcase all different types of art and their creators in one night, and you can feel the chills running down your arms when you walk in and see so many different things and people.

Some challenges are the same things that make ART PLUG amazing can be some of its pitfalls as well. Bringing so many people together in an effort to connect also created a weird division. Not only did it try to divide it tried to multiply and disconnect which was the opposite of our intent. Standing strong with the message we were sending. Time has a way of healing things, and like children who run away from home, many end up coming back to us ready to support and grow together. Some do not understand the holistic picture and accidentally only see themselves or how they may want to fit into the equation, but only with love and passion will we crawl out of ‘recidivism’ and bad cycles. We take all of the challenges to the heart though, and we aren’t afraid to tackle anything to make a change in our world.

RM: You are surely the face of ART PLUG. Could you elaborate on your teammates a bit?

JU:Yes. I am ultimately the face of ART PLUG but I am Cauctease, Jamilah Unique. I am a plug because I connect anyone I can to power, opportunity, and supply the juice. My teammates have been revolving and dipping in the pool and not wanting to go swimming anymore. ART PLUG is hard work, and many only see the party, but I do not stop working. My life is waking up and breathing ART PLUG. I have formed a camp called Cauc Camp which situates certain members who have been supporting me and those that work for the event, models, photographers, and more.

I haven’t listed and named these artists yet, and we wish to debut them on our website that is hopefully coming out soon with funds continuing to go into the GoFundMe.

But while I do not have a full team, I do have a partner who came on board with me pretty early on around ART PLUG 4. His name is Joshua Rosario, but most know him as Bones or Jet Flee. He is in charge of making sure my head isn’t falling off its shoulders and assisting with artists, booking, securing the space, and so much more. He is an ART PLUG parent, and I am an ART PLUG parent. 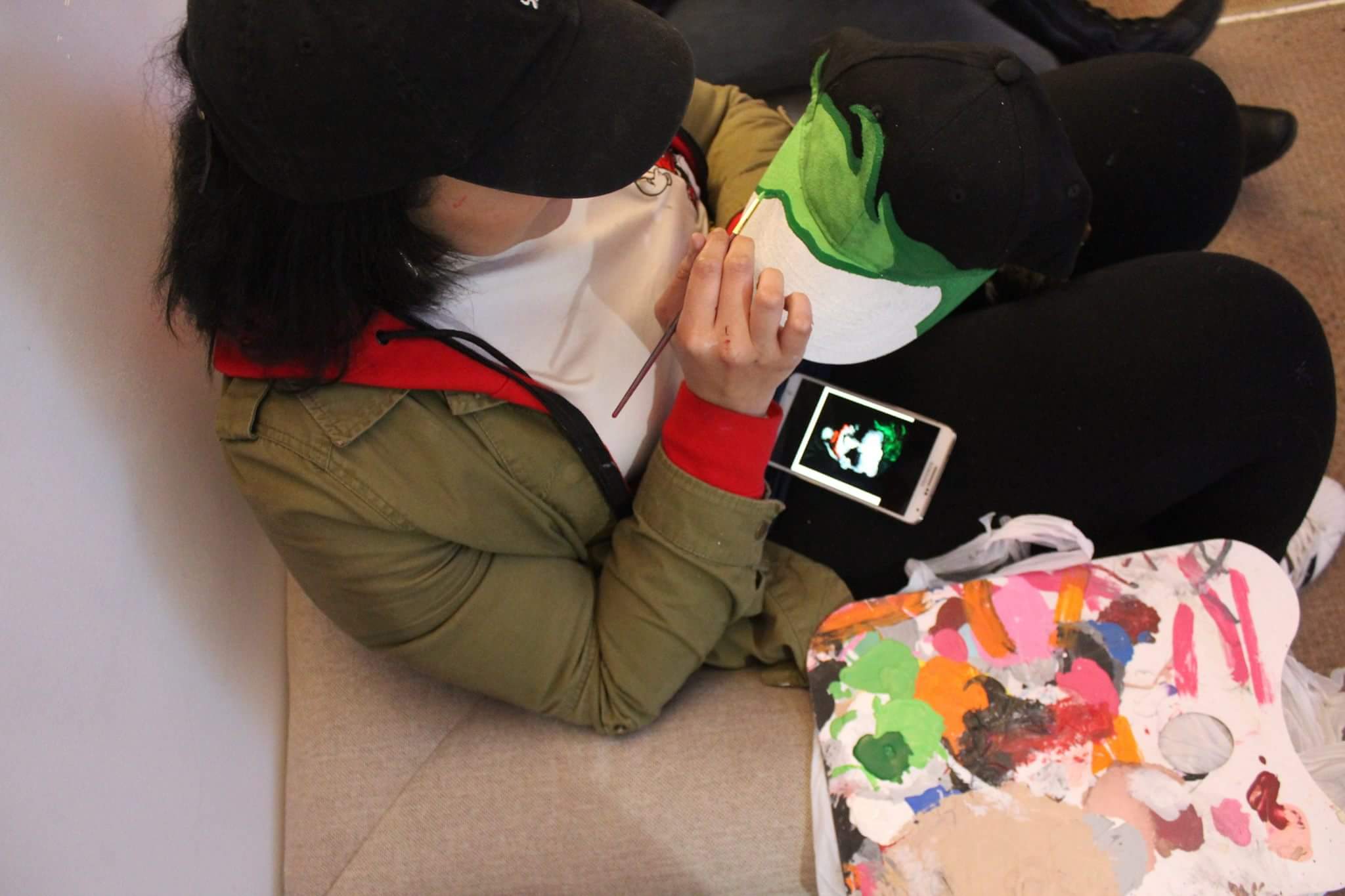 RM: You’re also curating a mixtape, Boston Verses Vol. 2, which will highlight over 50 artists in the Boston area. Like ART PLUG, this is an ambitious move. What is your ultimate goal with this release?

JU: There are so many artists in Boston. It would be silly not to showcase all of them if we had the opportunity to. Why not? We have a chance to highlight and give exposure to 50 artists and still more room for 50 more when the next mixtape is ready.

Ambition and passion is what moves our gears, and we are so thankful that the work being put in is not going unnoticed. So many of the artists I work with are very familiar with me – working together, attending school in the past, mutual friends. And we are just ready to put all of our friends and new friends “on the map.” I hate saying that phrase, but it’s easily understood. Be on the lookout as we perfect this second tape and listen to the first one here.

RM: What is your ultimate vision for Boston’s arts community? Where do you see our city’s scene five years from now?

JU: I see Boston’s art community collectively working together so much that nothing will be ignored, and it won’t be denied that most of the creativity in the industry comes from Boston!

Soon people will be taking flights out here because we have the best of the best in terms of living a successful lifestyle as an artist, best events, networking, plugs for everything. No more starving artists, but with gentrification taking its reigns, we need to hold tight to our creative ones. That is our only way to leave the mark necessary and ensure we are professionally paid for our ideas and creations. Five years from now, there will be more creative spaces and living spaces for artist. If they aren’t ‘affordable’ we will be rich off of our art anyways so nothing would be an issue, ideally. 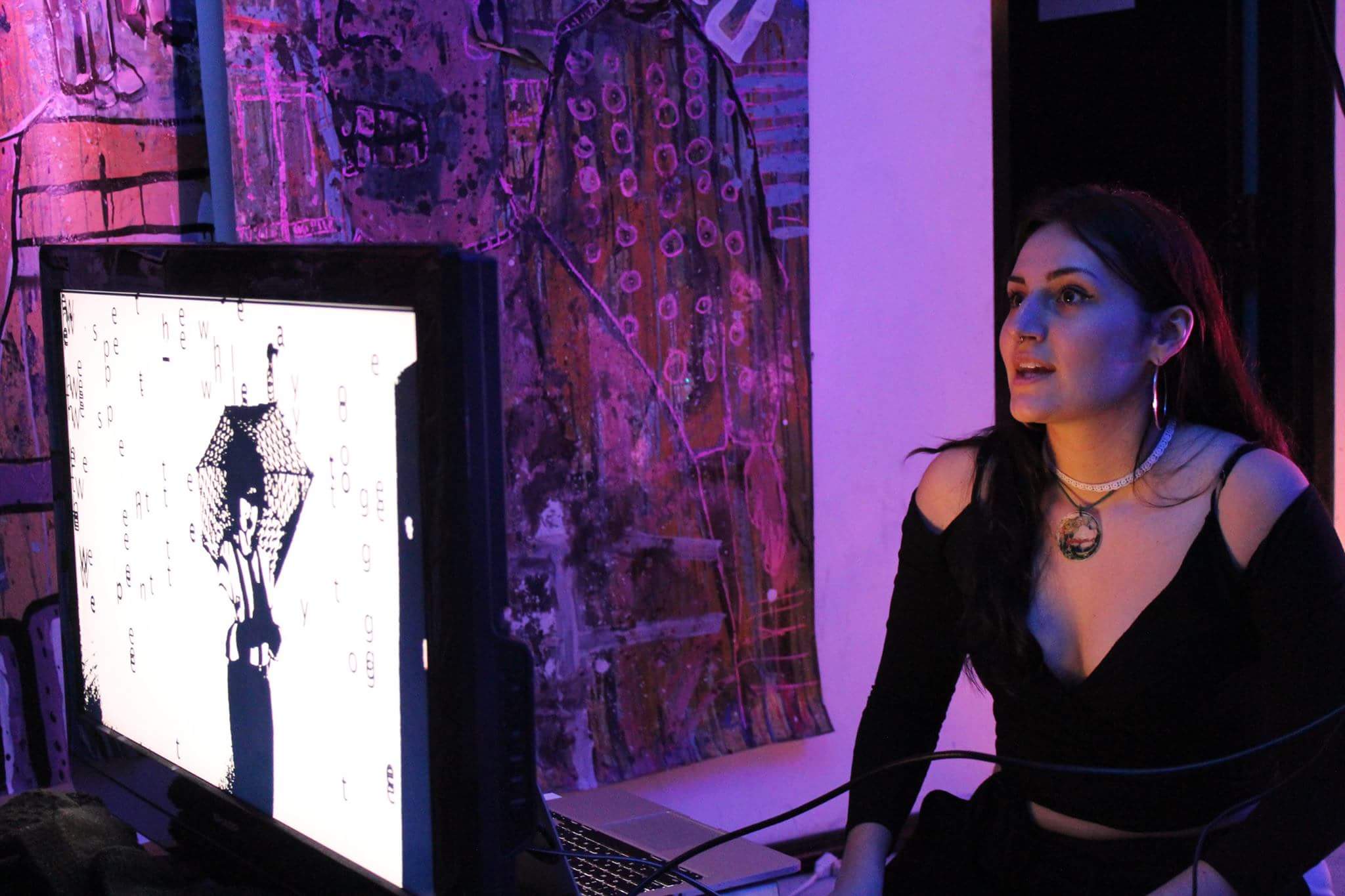 RM: Plug your favorite five local artists who you feel deserve some recognition. They can be musicians, painters, whatever. Three, two, one…go.