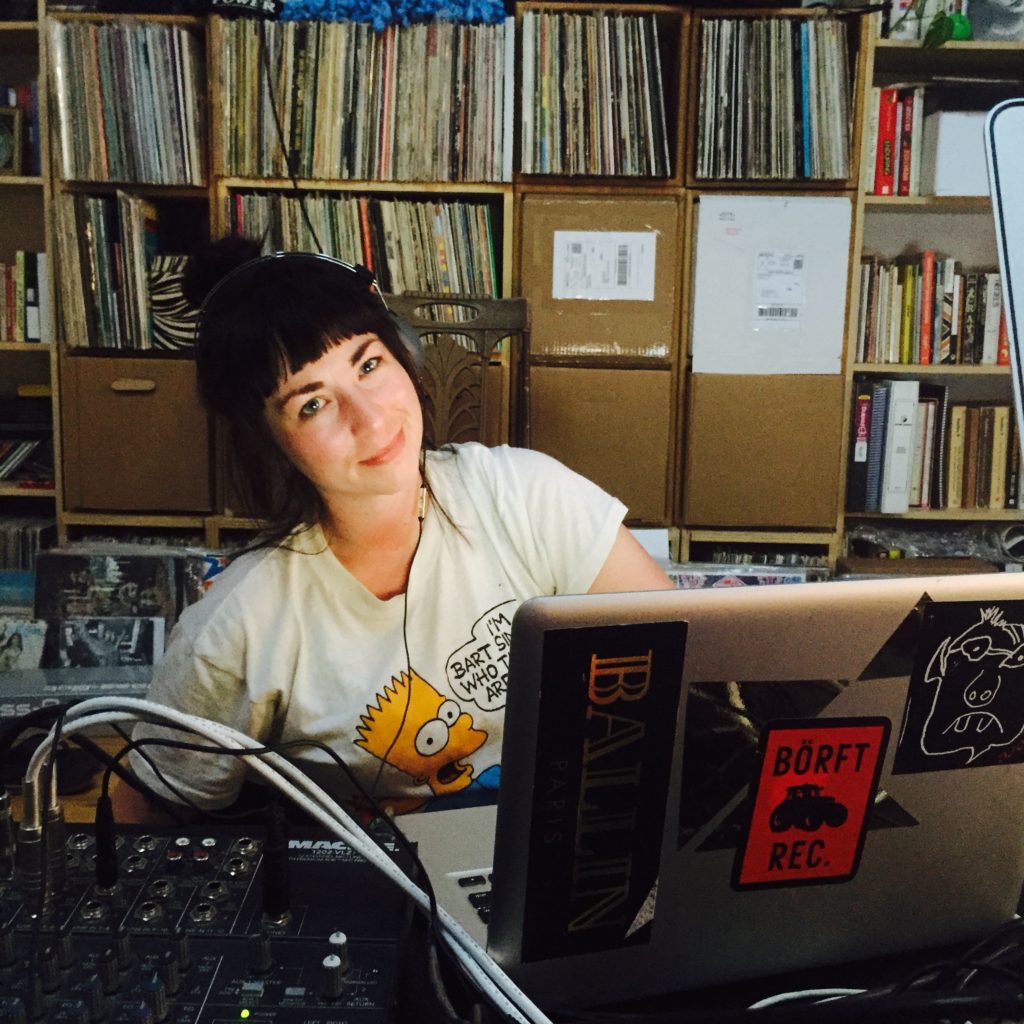 Isabella Koen is one of Boston’s biggest names in electronic music, and joins a killer lineup this November 10th for Hassle Fest 9. She’s released her brand of gritty, hardware-heavy techno on the Swedish label Börft, and staged blistering live sets to welcome acts like Aurora Halal and Helena Hauff to Boston this year. Unsurprisingly, her reach extends well beyond her home town – last weekend in NYC, she joined Spanish minimalist Svreca and UK industrial powerhouse Broken English Club for a fiendish Halloween program; and as you’ll read, Isabella’s future gigs are just as hot. For her perspective on Boston’s dance scene, and on how an interdisciplinary mindset continues to propel her sonic conjurings, I reached out to Isabella with five questions.

Boston Hassle: Weird as it is to say, it’s rare to hear house and techno artists speak about dance as something that animates their sound; and yet you’ve said that a dream of yours is to work on compositions for dance or performative movement. Have these ideas found expression in your practice yet?

Isabella: No not yet unfortunately but I hope so soon! I think a good example of something that I would love to compose sound for would be like William Forsythe’s “Improvisation Technologies” the series is on YouTube, highly recommended. I suppose that could be an interesting studio exercise…perhaps just composing sound for those clips for a personal project. Anyway, yeah something like that or FLUCT from NYC would be sick also 🙂

BH: You’re in school now as a textile artist – can you tell us about that? Are there overlaps that
you’ve seen happen between your textile work and your musical process?

Isabella: Yeah I’m at MassArt studying Fibers, I see certain techniques and vocab that flow in-between the two, like transitions in live sets I’ll think of as seams, like what connecting elements do I want to translate here and what do I want to be “seamless”. Textural elements of a saw wave and so forth or like how a rhythm can literally fold in on itself and unfold again. Then I’m like wow the correlation between textiles/fibers language and the vocabulary we use to just describe things on the regular is wild and maybe it  all means nothing ¯\_(ツ)_/¯   But its been interesting navigating that nonetheless, my music and sound practice is definitely my number one priority and focus without a doubt. And the Fibers practice has been really great as an outlet to play and experiment with. I can shut off and stab a needle through some cloth for an hour at high speeds or weave on a loom and mess with colors. It helps replenish in a way so I suppose thats definitely an overlapping if they’re informing each other.

BH: Compared to the rockers and more experimental electronic acts here, dance musicians have it especially rough in this city – a culture built around late nights, loud sounds, and hardly Puritanical exploits might always have to fight to survive. What can artists and dancers do better to keep dance music healthy in Boston?

Isabella: I wishI had an answer to this 🙁

Boston Hassle: Anything starting up new in the city’s music scene that you’re glad to see?

Isabella: My friend Alyce who DJs as Lychee has started a new night at the lower level in Central called Visceral thats really going off, she really puts the work and time in to create an immersive and inclusive experience and environment. I’m always into whatever the collective Rare Footage is up too also, they work satellite all over Boston, NYC and beyond. Also whenever Dee Diggs is on the decks its not to be missed. @dee.diggs @rarefootageboston @visceralbos

Boston Hassle: Somehow you’ve found time in your crazy schedule to push your projects forward – what’s up next on the horizon? New releases? Big parties?

Isabella: Yeah! I feel totally insane. I’m playing with DJ Stingray in December at Good Room in NYC along with Liquid Asset and Ole Mic Odd and Drvg Cvltvre plus a bunch more for a New York Trax x New York Haunted show case. That should be pretty cool 🙂 But I got two EPs coming out winter/spring of 2018 and some EU dates for the summer so that should be sick too I hope! We’ll seeeeeeeeeeee!