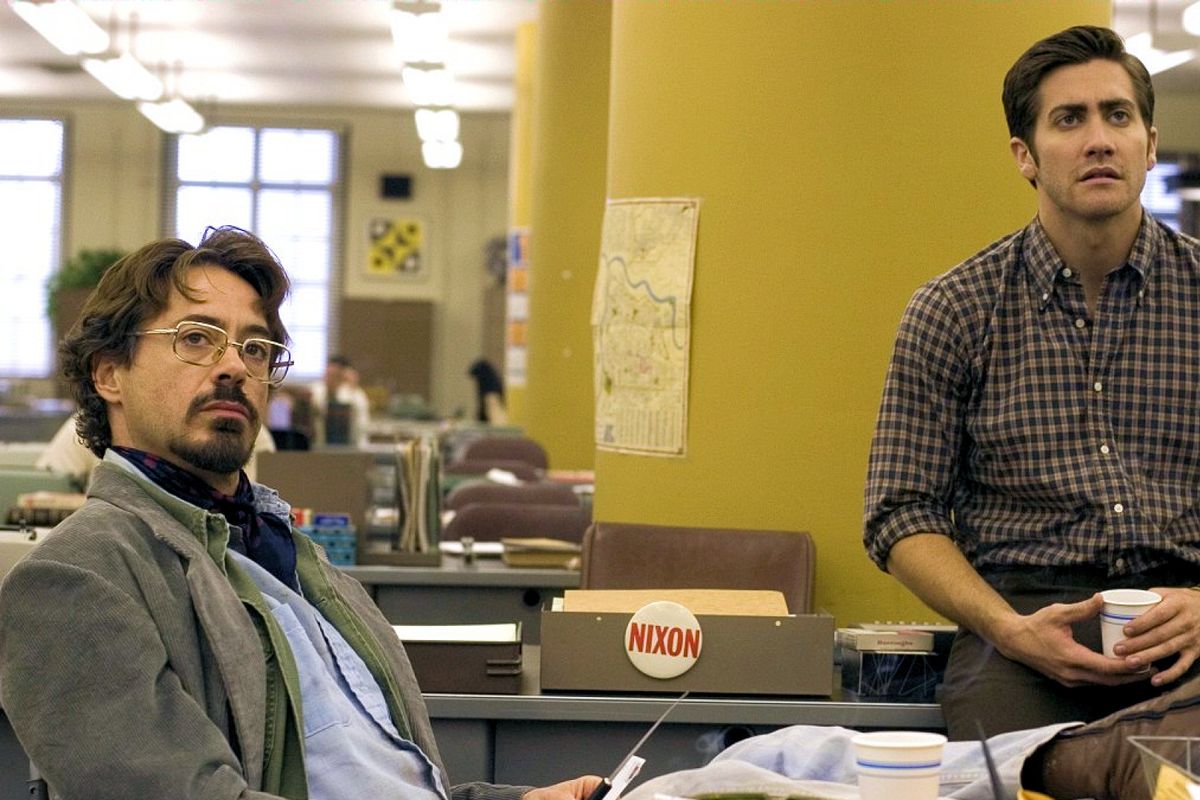 David Fincher was literally born to direct movies on the topic of crimes and crime exploration. Whether it be a serial killer exploiting the seven deadly sins in Seven, or the legal drama involving partnerships and rights ownership in The Social Network, the way Fincher weaves through these tales of law breakings are always thrilling and addictive. Nothing Fincher has ever done, though, has been on the scale of his crime epic about the infamous serial killer in San Francisco, Zodiac. Connecting and threading three very different but pivotal main characters, cartoonist Robert Graysmith (Jake Gyllenhaal), highly famed reporter Paul Avery (Robert Downey, Jr.) and Inspector David Toschi (Mark Ruffalo) as they spend years investigating and trying to get to the heart of the famous Zodiac killer. From deciphering notes sent out, to getting deep into possible suspects, all three characters get way over their heads in a case that is so much bigger than any of them.

What really sets Zodiac apart from all your other typical crime stories is the grand scale of everything. If you’re not too familiar with the Zodiac murders, the killer’s timeline spans from the 1960s to the 1970s, and was a huge part of the culture of San Francisco around that time period. With this, Fincher throws our characters through the ’60s and the ’70s, and even further. As our characters dive deeper into the case, you question if it’s for justice or for their own sense of obsession. That’s what makes Zodiac just so watchable: not just the exploration of the murderer him (or her) self, but of the minds of the people trying to reveal who the killer is, and what lengths they’d go to. From losing their families to their jobs and even their own sanity, Fincher throws away any sense of safety, and that’s what drives Zodiac. At a whopping 2 hours and 37 minutes, it’s hard to keep a movie interesting, but all the twists, turns, and personal dilemmas keep Zodiac always interesting and never boring. I’d go so far as to say that Zodiac might be *the* greatest crime epic of all time. If you have any interest at all in true crimes, than this movie was made for you.