In any given rundown of what’s going on in horror right now—what with your zombies and your exorcisms and your endless franchise reboots—you’re likely to find a mention of vampires. This is understandable; bloodsuckers are seemingly everywhere these days. But can the current vamp-vogue really be properly designated a “horror” phenomenon? Twilight may have taken over the whole damn world, but it’s not really scary, unless you take into account the legions of screaming twi-hards. And as great as they are, neither are indie sensations like Let the Right One In or Only Lovers Left Alive; they’re more like character studies, about characters who happen to be vampires. Increasingly, cinematic vampires are barely even monsters so much as simple archetypes. We all know what vampires do, so we can dispense with the exposition and tell new stories about them.

Such is the case with What We Do in the Shadows, the charming new vampire comedy from Flight of the Conchords’ Jemaine Clement and frequent collaborator Taika Waititi. The characters are vampires, and do no shortage of vampire things—blood-drinking, coffin-sleeping, werewolf-fight-picking—but do all of this as casually as anything one does every day for hundreds of years. Sure, they’re monsters, but they’re also people with all the same petty flaws as you or I. 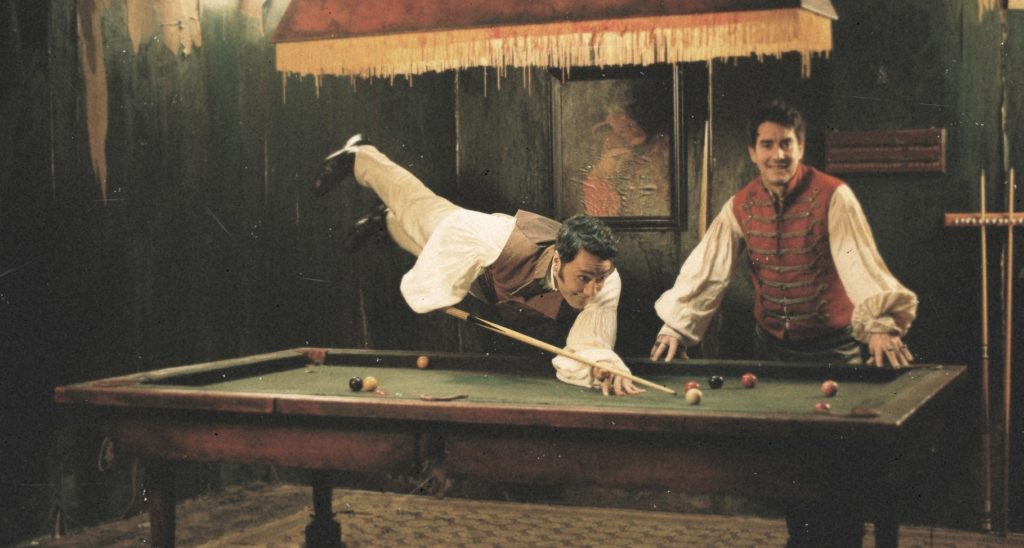 Shot in a mockumentary style (which would certainly be called “found footage” if the monsters weren’t played for laughs), WWDITS follows four vampires who share a flat in Wellington, New Zealand. There’s Viago (Waititi), a fussy Renaissance dandy who tries to make sure his flatmates do their chores; Vladoslav (Clement), an Impaler-like nobleman who can turn into animals but can never get the faces quite right; Deacon (Jonathan Brugh), who, at 183 years old, qualifies as the “young bad boy”; and Petyr (Ben Franshym), an ancient Nosferatu who lives behind a stone slab in the basement. Eventually, they’re joined by Nick (Cori Gonzalez-Macuer), a recently turned vampire who still hasn’t gotten the hang of it and tries to convince clubbers that Twilight was written about him. The group is followed by a camera crew (granted immunity by way of crucifixes) as they gear up for the Unholy Masquerade, a yearly convention for the Wellington area’s surprisingly robust supernatural community.

Like last year’s Only Lovers Left Alive, the joy of this vampire movie comes from spending time with these characters in their weird little world. But unlike the vampires of that film, who use their eternal life to become the ultimate hipsters, these guys come across as endearingly square, stuck in their respective centuries even as they create construction-paper job wheels. The performances are all winningly guileless, but the true surprise of the film is how realized their world is. While it would be easy to make this film into a fish-out-of-water comedy—and there is some of that, as Nick’s human friend Stu (Stuart Rutherford) introduces the gang to YouTube and Skype—these vampires actually have a pretty well-connected life. There’s Jackie (Jackie van Beek), the Renfield-like assistant who Deacon gets to do his chores by stringing her along with the promise of eternal life. There’s the gang of nebbishy, track-suited werewolves (led by Conchords’ Rhys Darby) whom the vampires torment in the park. And then there’s The Beast, Vladoslav’s arch-nemesis, the true nature of whom we don’t learn until the end. 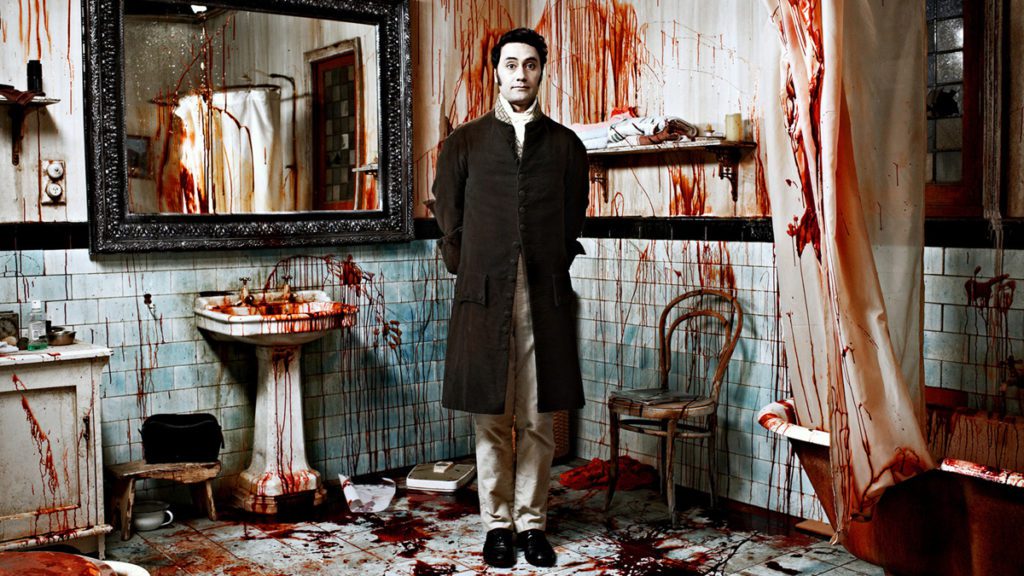 Ultimately, though, this movie works for one simple reason: It’s fucking funny. The humor is lightweight (or at least as lightweight as a film with multiple exsanguinations can be) but deftly sold by the performances and direction. The gags range from the silly (the flatmates using their lack of reflections to stage elaborate puppet shows in the mirror) to the deceptively cerebral (a pair of hilarious hypnosis scenes where we never see the victims’ hallucinations), and the film commits to each and every one. It’s not an especially deep film, but I had a big dumb smile on my face for close to the entire running time, and I’m pretty sure that’s what Clement and Waititi were aiming for.