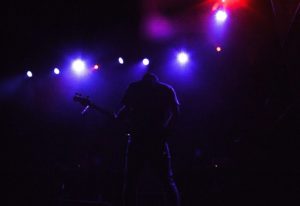 Last week, I wrote about the beginnings of the Scottish rock band We Were Promised Jetpacks, and I talked to their frontman about the 10 year anniversary tour of their first release. That tour began at The Sinclair on Tuesday night, and absolutely brought it for a sold-out crowd. WWPJ opened the night by playing through These Four Walls in its entirety, and it felt like they haven’t changed a bit since 2009 (in a good, nostalgic way). They extended the set to include favorites from their most recent release, The More I Sleep the Less I Dream, and In the Pit of the Stomach before closing out with a banging rendition of Pear Tree.

All donning grayscale jeans and t-shirts, the initial appeal of WWPJ is sincerity over showmanship. Having played together for over ten years, the guys of WWPJ gel on stage like it’s a garage rehearsal. The band is known best for minutes-long, full blast instrumental solos that capture bursts of emotion, which can be notably contrasted with their humble nature when they aren’t playing. They draw inspiration from their most passionate experiences, and that is made clear in moments like the explosive outro of This is My House, This is My Home and the softer bridge of An Almighty Thud. 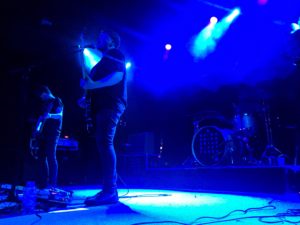 Adam Thompson closes out These Four Walls with ‘An Almighty Thud’

Before the tour began, the band announced that this would be the final tour for their guitarist, Michael Palmer. While the remaining members will continue to produce new music, the end of the quartet feels like the end of a standout Scottish punk era, and to witness an anniversary and farewell show all at once was as special as it sounds. If you’ve ever been a fan of this band, this tour is the one to go to. 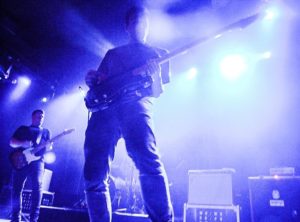