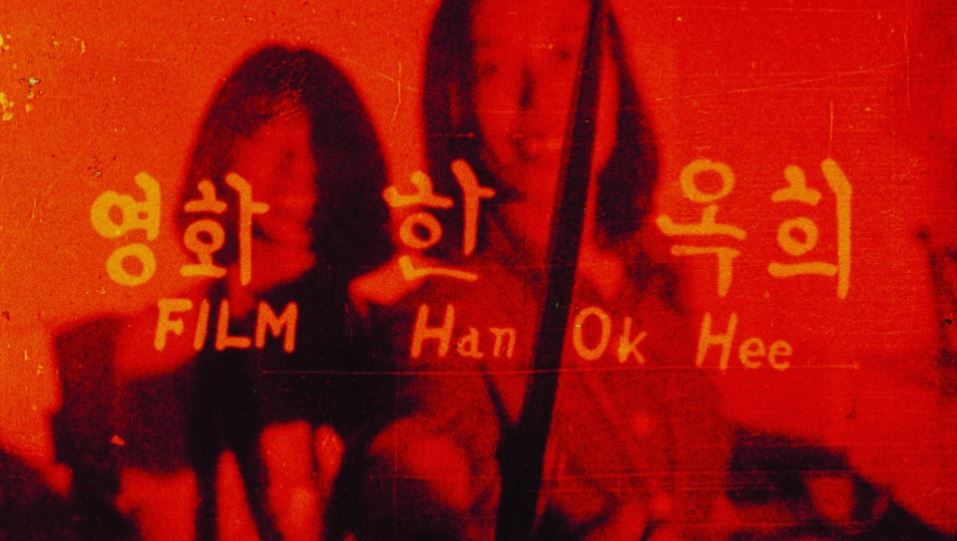 Between The Widow, the first film directed by a Korean woman, in 1955 and the founding year of the experimental feminist cinema Kaidu Club in 1974, South Korea had been unsettling. President Park Chung-hee’s authoritarian drive towards the country’s economic growth was done at the expense of the labor force and suppression of opposing voices. By the time the Yushin constitution was set in place in 1972, in which Park assumed dictatorial power, political unrest blanketed the country. Even if the arts weren’t on Park’s agenda, it seemed like there had been an effect on female presence. Actress Choi Eun-hee, famous for her roles in A Flower in Hell and The Houseguest and My Mother, had quietly receded from the spotlight shortly before her abduction to North Korea. Female directors like Park Nam-ok (The Widow), Hwang Hye-mi (First Experience), and Hong Eun-won (A Woman Judge) would make a small ripple before disappearing in the shadows, partly because of the difficulty in funding women-directed films. 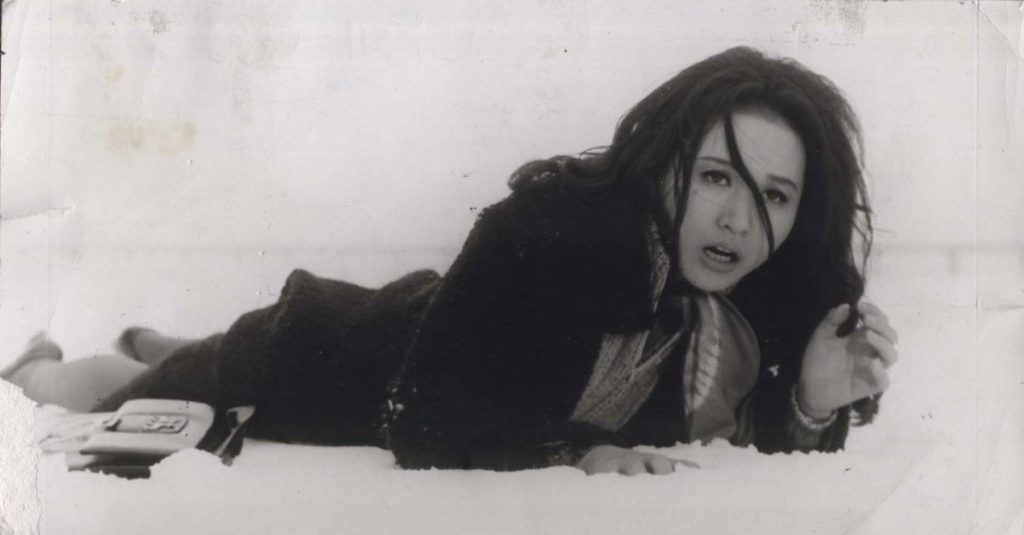 Ahn In-suk in Lee Jang-ho’s Heavenly Homecoming to Stars (1974). An example of the “hostess film”, Ahn’s character is subject to physical abuse by the male characters.

Han Okhi, who had graduated from a predominantly-female Ehwa University, founded the Kaidu Club on the basis that, as quoted by HFA alum and curator Hannah Baek, remarked that “there were no women in Korean film.” Objectively speaking, there were women in film, but they were often belittled to the confined role in “hostess films,” a then-rising genre in Korean cinema that depicted the corruption of women from the countryside by the sinful nature of the city, resulting in mental and fatal devastation. The presence of women was lacking not just because of physical space or disinterest, but through harmful representation.

Though women in cinema had a major breakthrough in the 1990s, one cannot forget the footnote of the Kaidu Club’s radical abrasion to the standard. Members of the Kaidu Club were also Ehwa graduates, but none of them had studied film. Still, the idealized mission of the club shared less interest in conforming narrative and more into declarative and deviated imagery. Baek’s curated selections of short films created by the Kaidu Club are strung by a similar ratio of stream-of-consciousness, earnestness, and artistic freedom.

Now, I don’t know if their works need to make sense. Like the sun, there were parts in the short films that I couldn’t look at directly. Funnily, this could speak to one of the club’s objectives to subvert the male gaze (in her introduction of the program, Baek mentions that a member may be filming behind the camera naked while the subject is clothed). In The Middle Dog Days (Jungbok), which would be conventionally classified as stop-motion, featured a rope silently moving around. After a minute into the short, I felt itchy, as if my neurons were also squirming under my skin. Hole (Gumeong) was relatively mild for a story about a  man who escapes from a hole, but adjusting to the darkness and irrational movements and dark lighting was as instinctive as rubbing my teeth on rough granite. That is more or less the experience of the Kaidu Club program: frightening, unpredictable, and somewhat unifying. 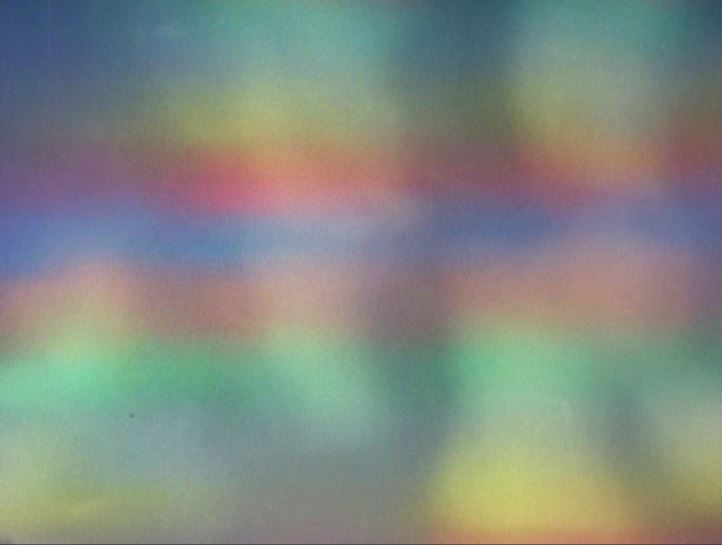 When Bong Joon-ho politely told people to fucking read subtitles while accepting his Oscar, I actually sorta think people listened. Due to the global emergence of Korean media (as well as the collaborations of Baek, HFA, and the Kim Koo Forum at Harvard’s Korea Institute), screening of the Kaidu Club short films was made possible for the first time in the United States. If it doesn’t feel punk to say that we can only see these avant-garde films because of BTS, Okhi believes differently; in their virtual program of the Kaidu Club, HFA provides a introductory voice clip of Okhi’s appreciation of the renewed interest.

The virtual program, which features two additional films that were not screened on November 28, is available to watch for free for a limited time. Running Koreans, which is centered around Hwang Young-cho’s victory at the 1992 Olympic marathon, has a similar anthropologic musing as 2minutes40seconds, which is supposedly titled after the length of time it takes for a bell to fully ring. Okhi provides verbal narration of the history of the Korean nation, which is a large undertaking for an eight-minute short. However, it subtly transforms the strength and tenacity of the country through war and industrialization while portraying the country’s division in its governance.

Up until I watched the online program, I had a cemented expectation of Okhi’s favored visuals and non-linear direction. But when I watched The Silence of Love, which was created in 1991, I felt like Okhi pulled a fast one on me. Based on Buddhist Manhae’s eponymous collection of poems, The Silence of Love pairs his poems to imagery of still nature, women in white fabric, and historical stone carvings. The thing about this particular piece is that, in Okhi’s glorious tryst with “cinepoetry,” is that The Silence of Love is stunning. Manhae, who may have written these poems no later than the 1920s, conveys a timeless relationship with love and separation. Nearly a century later, Okhi elevates those words by placing them on screen by allowing the feeling of yearning to fester in darkness and for the slivers of hope to float on top of a glistening riverbed. 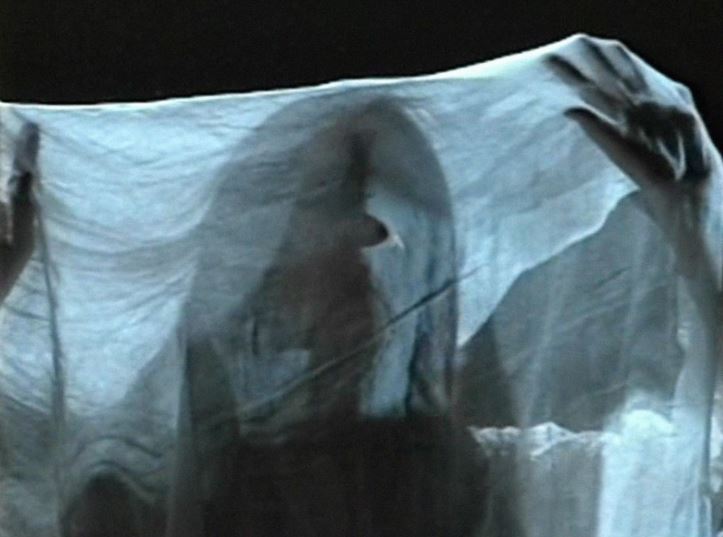 Admittedly, The Silence of Love might speak to a cinematic brand of unspecified longing and 2 AM cigarettes that I loved in high school. But it is also a lovely piece to depart from Okhi with. Even in the twilight years after the Kaidu Club’s caustic contributions, I think Okhi is an optimist that there is good somewhere in the midst of chaos.

Even if I wrote “love” in golden letters on my heart
and raised it as a monument
what comfort would it give you?
Even if I branded a melody of tears upon my song
and rang it as a memorial bell
what absolution would it give me?
One unforgettable pledge —
no other woman will have my love.