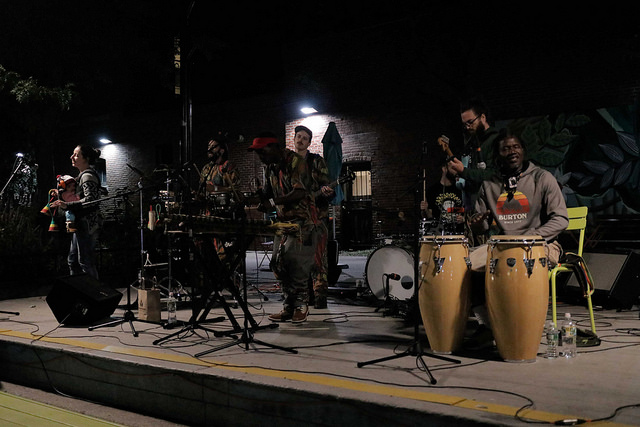 Like any true northern sadist, there is nothing I love more than having my Yankee bubble burst. I’m a masshole after all, a 25 year old dude. Folks describe me as ‘hipster trash’, an ‘egoist’, ‘mentally ill’ (I think my shrink said that last one recently), but that’s fine because these are generally just words. Like when my ex says I’m a psychopath, what they really mean to say is that I’ve been in Boston far too long. Boston to me is living proof of Heisenberg’s uncertainty principle, because you just never know how mentally ill you really are until you are well outside of the Greater Boston area.

You are reading a Boston based ‘music blog’ after all, an entendre that perplexes even myself and I edit this dang thing. But you’re here because you care, and we here at the Hassle, care about you. So now that we got that gushy stuff out of the way lets talk the turkey about how we northerners can learn a thing or two about the rest of the world by going up north, to Portland, Me, for the 2018 rendition of Waking Windows.

Yes Portland, Me where the air is fresh, you always know when you’re about to leave town, & you can get allergy friendly foods at literally a fraction of the price of Boston. There are also a butt-ton of intimate and non-intimate venues on Congress St. and the surrounding downtown area. At this juncture I’d like to thank the crew at Waking Windows for hooking the hassle up with passes not only this time, but also in May for Waking Windows Winooski.

& Also, I’d like to clarify the change on my name. I want to distance myself from that facebook asshole as well as the food editor of Boston Magazine, Chris Hughes. ‘Chris Hues’ is my moniker for the hassle and poems, Chris Hughes-Zimmerman for my other credits all in my other publication efforts. All in order to fit my acuity for honesty into the most optimal functions.

So What is the duty of honesty in a music blog of all places? That’s a great question. & What can us Bostonians learn from going to Waking Windows about the rest of the world? Precisely that there is an outside world, & also unique & vibrant musical communities within New England doing the damn thing. In Portland, there are a lot of venues where musicians and artists can do their damn thing in a cityscape that offers intimacy and closeness. Though heading home on Sunday, I breathed a sigh of relief. It felt like I was away for two weeks but like any tested and true case of Stockholm Syndrome, I missed Boston & I never want to leave until I run far, far away.

…Anyways, check out this killer lineup this past year, some words, music, and photos of the bands we saw this year below, & also stay in the know for 2019 Waking Windows. While you do that about I’ll be thinking of how to write words about vibrations which are actually just their own unique individual vibration, and, also, phoning my shrink.

The first band we saw upon arriving at Waking Windows was Rick Rude in the Bayside Bowl complex. Equal parts feels and tight musicianship, Dover, NH’s Rick Rude stole my heart with their energy, honesty, and local credit. Having done a split with MA-based favorites of mine, Kiss Concert, I was very amped to finally see Rick Rude play live & they delivered.

One of the most original performers I’ve seen this year, Tim Fite integrates diverse mediums packed into a stage performance without sparing few seconds in his artistic sequence. His gloomy, sardonic music filled the Apohadian Theatre upon our entrance. The erratic music dripped from the sides of the Apohadian, a small intimate venue, an accurate of my inner vision of readings of ‘The Vagina Monologue’ in dank, dark avant theaters in nowhere, USA. Though not the most feminine, Tim Fite’s music was cryptic, playful, and to match his demeanor, tortured and spare.

M.A.K.U Soundsystem closed out the Apohadian Saturday night and this outfit from New York set the tempo for what was from my perspective, a very percussive forward festival. And I am all about this percussion and a few of the best drummers I have ever experienced play live were at this festival. The drummer from M.A.K.U Soundsystem was in this league. Like any band worth their weight, they were as good as their drummer, literally moving the room with jam and dance music that forms a genre their own.

Having missed Ryan Power Friday night the 21st when his band played at First Church in Somerville with Ruth Garbus and Kevin Wynd, I was stoked to be able to witness Power play. I’m familiar with his catalogue, having listened to ‘They Sell Doomsday’ on repeat until I could no longer on band camp. His performance was tight, but what occurred after, courtesy of Bare Portland, still sticks with me. I can’t say much other than I definitely did not want to eat a hard boiled egg after.

Father Murphy. Maybe I was exceptionally tired on Saturday or maybe it was 14 years of Catholic School, but I fell asleep to the endless Gregorian chant-a-thon that is Father Murphy. In hindsight, I dig a band from Italy heave-hoeing themselves overseas to inspire a certain kind of confused pause in American audiences, though I did not have this confused pause. 14 years of Catholic School really hollowed out any concept of spirituality within me. I pooh-pooh horoscopes and astrology with the spirit of my jewish grandfather commenting on my vegetarian diet “why you eatin’ that weird food.”

Though I did wake up the next morning really, really wanting to do a seance in the vast wilderness of Maine, whatever that means.

(New England) Patriots are hands down the best band I’ve seen in a while and are one of my recent favorite bands period to spite my recent addiction electronic and experimental dance music. Seeing the New England Patriots literally inspired me to play guitar again and forced me to revisit my expansive rock collection. Having overplayed them just long enough to spiral into a manic fit and plateau listening to too much Joy Division, there is now, no come down in site. And that’s cool for my sad ass. But don’t confuse them with the actual New England Patriots bandcamp page, because, for some reason they have one, with Vince Wilfork on bass, & I’m not messing with you.

Sabouyouma is a Burlington, VT based Afro-Funk band who capped off performances on the outdoor stage on Congress St. Saturday. This band and environment was inspiring, complete with a baby on stage, as well as a West-African hand drummer who is also among the most talented drummer’s I have seen in a while. While the band was trying to keep pace with the two lead percussionists, the crowd, from well paid businessmen to less fortunate folks were taking in a part of the festival at its most diverse, accessible, and inclusive.

Hope to see you in May, Waking Windows!