Having locked away an Academy Award for Best Film Editing with The Hurt Locker (2009) and made a career out of working with director Sam Raimi, Bob Murawski is a name familiar to those wannabe Grindhouse-makers and super in-your-face-with-film-nerdiness geeks. It’s for this reason why I wasn’t surprised to find that his label, Grindhouse Releasing, would put out one of the most niche experiences I’ve had in a long time with Trailer Apocalypse Redux!

It’s something reminiscent of the Crazy Dave Tapes – a collection which, if you’re not familiar, is a trip in and of itself with its amalgamation of bizarre 80’s films and pictures you wouldn’t believe were made. But I guess if I want to be more specific, Trailer Apocalypse was Murawski’s chance to showcase some of the most esoteric horror films in Western cinema between titles like Frankenstein and the Monster from Hell (1974) and more on-the-nose type deals like I Will Drink Your Blood (1970) . What was so shocking to me was how far a film aficionado would have to dig to find some of this content as these are films that even the most cult-friendly viewer would find pretty far out.

There’s a tremendous amount of work put into the experience and, as such, you can’t help feeling that this is a love-letter to the Grindhouse days of yore. Between all the gore and far-fetched concepts, I get the sense that Murawski was really trying to say something here. I’d guess that what we’re being told is that these films are unfortunately part of a bygone era and that maybe we should offer more of a celebration to their unique genre. It’s an idea which says, Hey, what ever happened to those B movies on steroids we used to see in the 70’s and 80’s? while reveling in what I quickly realized was poor taste going unchecked.

What I mean here is that Grindhouse is funny and interesting from a conceptual perspective. The ideas are weird and the execution is often comical with how over-the-top things appear. It’s a unique crossbreed between horror and irony which largely inspired directors like Quentin Tarantino and Robert Rodriguez in their work and their own love-letter to the genre, Grindhouse (2007), or Death Proof and Planet Terror.

But where Tarantino and Rodriguez remain inspired by the genre and are presumably aware of its many pitfalls (which I’ll get into in a moment), filmmakers like Eli Roth continue to produce films that fit right into this category.

After all, it was only a few years ago that Roth put out his love-letter to the already controversial Cannibal Holocaust (1985) with Green Inferno (2013), a film which rightfully caught flak for its depiction of indigenous peoples as no more than savages.

In creating films like this – films which ignore reality and social issues for the sake of constructing a crazy over-the-top and frighteningly weird narrative – filmmakers demonstrate a disregard for the world they’re creating in. The translation here is that perhaps Tarantino and Rodriguez find more success in their work than others because they at least try to ground their stories in some semblance of a human reality with elements of exaggeration.

In stark contrast to this sentiment, I have no qualms making the claim that the Grindhouse genre is pure, unadulterated exaggeration and, as such, really has no place in today’s society. 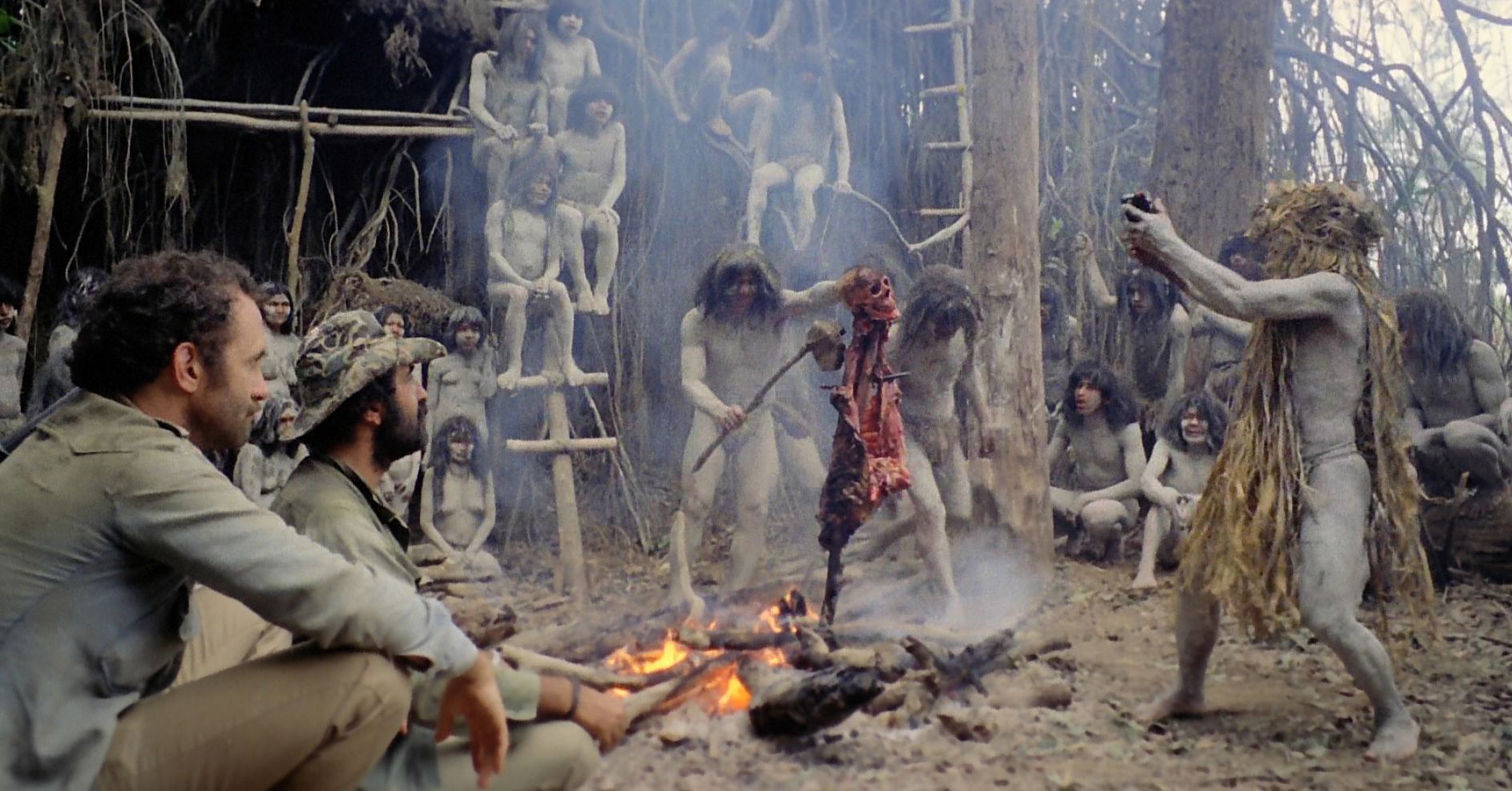 A still from Cannibal Holocaust.

Case in point: Here I was on Friday night eagerly awaiting what I expected to be a weird but self-aware showcase of bizarre film trailers when in walk only about fifteen or so other people. Our projectionist walks out and gives an off-hand introduction to the screening. He mentions the title and the concept and then disappears – a sign that this screening should speak for itself. What followed was this bizarre, niche appreciation for weird trailers that had my partner, the two people in front of us, and myself laughing but had everyone else attentively watching for something that just wasn’t there.

Grindhouse is not current. It’s dated, it’s out of touch, and, frankly, when it’s not funny or self-aware, it’s deeply disturbing. I guess it’s at this point I should admit how uncomfortable I felt sitting through this screening when we moved past the weird, funny trailers and went into a period where most of the images were of women being brutally murdered and/or sexually assaulted with graphic detail. And these were just trailers.

I realize it’s a different time and that, sure, we can appreciate a dumb idea for the sake of being dumb. But what does it mean when the twelve other viewers in this screening weren’t laughing? What does it mean when someone excitedly shouts “Yes!” at the start of a gruesome trailer with lopsided violence and poor representation?

When Tarantino and Rodriguez put out Grindhouse, it was anachronistic with its own genre. Where Grindhouse (the genre) abuses women and is gratuitous with their exploitation, both filmmakers seemed aware of this issue and took to making their female characters stand out to become the stars of their own reality.

And that was amazing, wasn’t it? … other than the long-winded dialogue scenes.

But the fact that Murawski and Roth, by extension, are still applauding this genre and looking for ways to put out more of it is concerning. It makes me wonder if this is symptomatic of the prevalence of male directors in the industry and, from an academic standpoint, all but confirms the fear that violence in film can produce some really messed up people in life.

Again: Only four people were laughing about Grindhouse. Everyone else seemed legitimately interested.

I don’t want to make this piece entirely political because, hey, watching a bunch of trailers can be a fairly isolated, niche experience. But I have to ask what kind of world we live in if we can still have people interested in producing media that flies in the face of social progress and change in 2016. Even more so, I have to worry about what this means moving forward as we begin a presidency in which the leader of the free world supports sexual assault and the objectification of women. 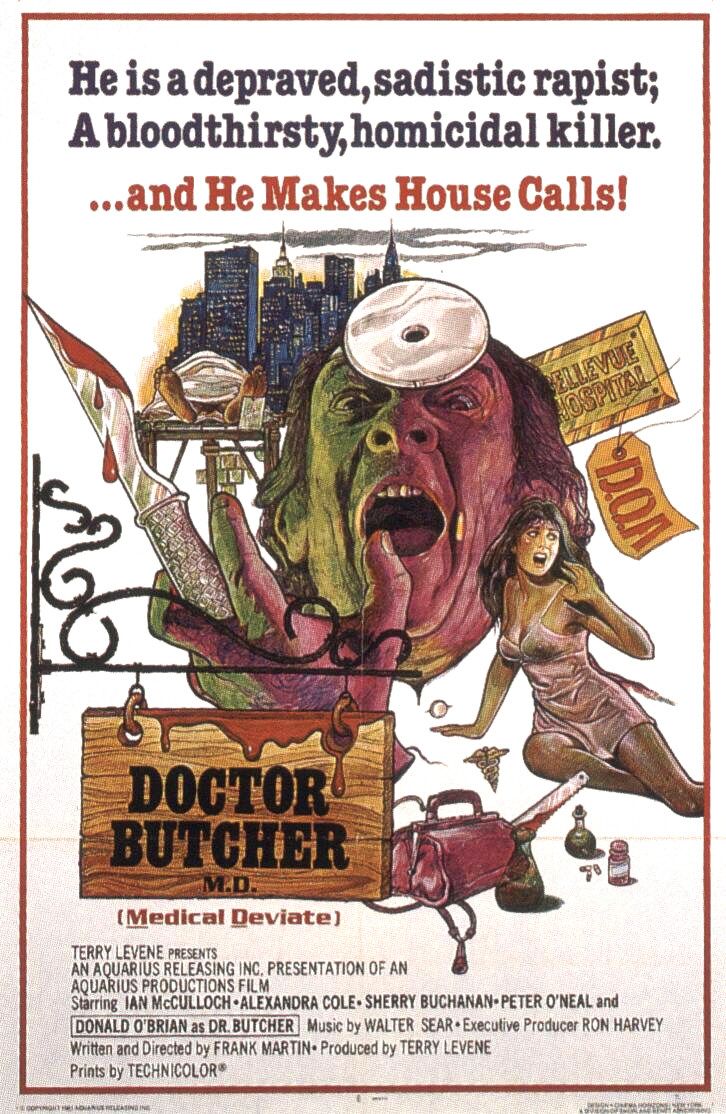 Part of why I felt uncomfortable sitting in this dark theater was because in doing so I felt like I was detached from the world around me and engaged with the inner thoughts of a male megalomaniac. I was disinterested in watching something that gave such little dialogue with issues for the sake of tearing women apart and applauding characters like Dr. Butcher, a self-proclaimed rapist and fan of New York City – the latter had me laughing, the former had me gasping.

As for Grindhouse in and of itself, I think there is a benefit to exploring film history, learning your influences, etc. etc.. The issue comes when you are not able to admit why these films are slightly problematic and why you seem to be unable to move beyond their issues.

In short: You should be laughing at these things, not with them.