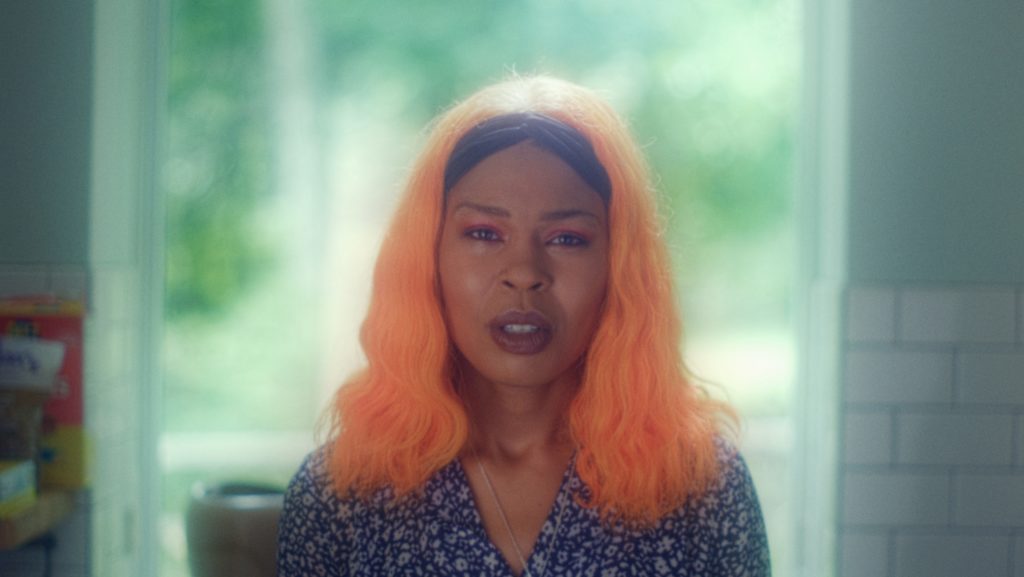 Having Martine Syms navigate us through the world of fine arts in academia is like having Virgil as a guide — if hell was a white-dominated, coke-riddled, laissez-faire governance of casual hook ups and hollow conversations about authenticity. It might not even be an apt comparison: Virgil was hell-adjacent, Syms has been through the ringer. Before she embarked on her Masters in Fine Arts program at Bard College, Syms has had solo museum exhibitions from coast to coast, published manifestos, upkept her musical interests as a co-member of Aunt Sister and host of NTS Radio, and even had a contribution to Kanye West’s presidential bid (in 2015, mind you; the Word document of the speech was later part of an exhibit called Files and had been selling for $150). Her CV must have resembled more of a curriculum than an application.

However, having not known any of that, The African Desperate still demonstrates the work of someone who can flex in the language of high art and Black theorists and still is able to produce a slice-of-life stoner comedy. The gravity of the film is carried by Diamond Stingily’s performance as Palace, a character based on the experiences of Stingily (also an artist) and Syms in their MFA program. The film opens with Palace defending her thesis in front of four white committee members, whose seeming interest in hearing themselves talk belie the critiques and compliments toward her.

“I think you’re afraid of your own appetite,” Judge 1 first contributes, before later reworking the analogy of the artist’s appetite twice more. The other judges, who are male, compliment Palace’s work, either through convoluted descriptors that could both describe her work and someone writing about the nuances of community in Cocomelon or through simple words of affirmation (“You’ve worked really fucking hard”). This awkward dynamic plays like a farce; Palace is polite and calm through microaggressions and faculty pretension. “I think everyone is going easy on you,” another judge says (played by Bridget Donahue, an art gallery owner who Syms personally knows). “I don’t think that’s what’s happening,” Palace responds. 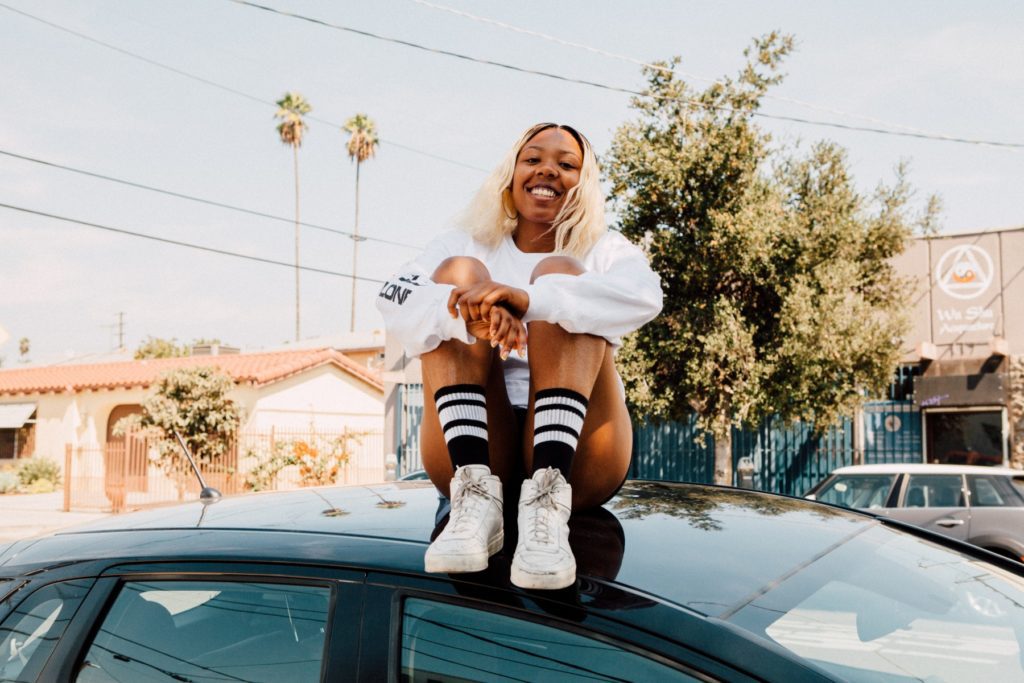 The African Desperate revolves around Palace’s last day at Grio College, a playful imitation of Bard, before she flies back to Chicago. She successfully passes and has the end-goal of packing her stuff for her departure. However, Palace is continuously bumping into her cohort of friends, singular enemy, and potential hook-up, who all bring up the end-of-the-summer party that is to happen that night. If it’s not clear yet, the film is wildly funny. Palace acts and responds within the confidence that she exudes (at least outwardly) and the revolving door of the cast members, both professional and non-professional actors, carry the context of jaded art students who want to exist outside of their works at least for a night.

In a Q&A session with Harvard Arts, Film, and Visual Studies Chair David Joselit, Syms shares that while the deadpan delivery might position The African Desperate as a satire, everything that happens in this movie are not exaggerated and are “pretty accurate.” Nothing unbelievable happens in the film; I felt like I stumbled into the campus of a liberal arts school. Reaction memes sometime flash in the corner of the screen, which generally happens during comments like, “I haven’t heard of (Sylvia Wynters). Is she a Black woman?” The meme: “Morpheus = Black theorist.” Syms shared a time when she decided to shitpost memes when she was chosen for her school’s social media takeover. One of those memes had Samuel L. Jackson pointing a gun in Pulp Fiction with the caption: “Say ‘performance’ one more time.”

Works, theories, and names are sprinkled into conversation throughout the film. Palace refers to herself as a dead daughter, which is a reference to a book that she carries around, René Thomas’ Le Testament de la fille morte. I will say that there are references beyond my comprehension (Syms says that there are fashion jokes in this film due it taking place in 2017; cue me learning what Asai shirts are), but the audience who knows will know and will laugh. Despite its vast knowledge of the art world, such as the coveted international Venice Biennale, The African Desperate doesn’t feel exclusive. I enjoyed it through the lens of a hangout movie in the likes of Dazed and Confused. 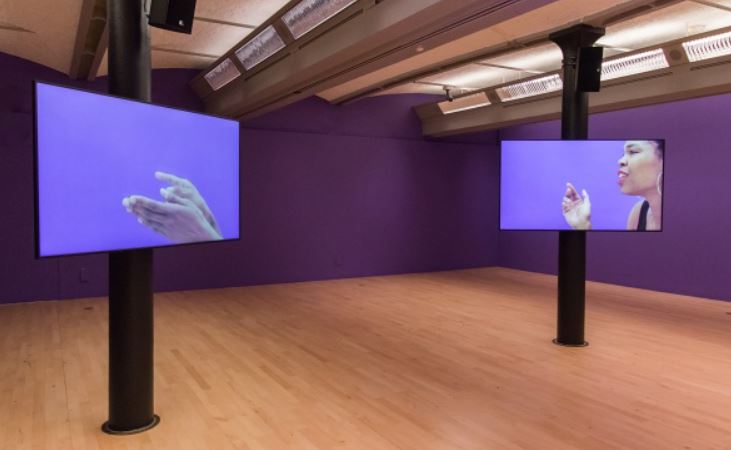 The film speaks to Blackness in the art world, but not so centrally. Syms brings up Paul Beatty’s “Hokum: An Anthology of Black Humor” — the kind of humor where Beatty equates receiving a copy of I Know Why the Caged Bird Sings as a Black child to “giving the prairie Indians blankets laced with smallpox.” If The African Desperate wanted to speak about specific themes, I have little doubt that Syms would be able fit that in with ease. However, Palace’s journey is more centered as a person who has thoughts and feelings outside of the value that the program places her in (Syms makes it a point not to show Palace’s sculptures in the film, as it would be “too distracting”). After her defense, Palace states that despite the overarching philosophy of the program (and maybe in the field in general), art is not her life. However, one can take note of Syms’ artistic choices in telling this story outside of the plot narrative. Aiming between inspirations like Fear and Loathing in Las Vegas and a “cartoon” feel, the saturation and hazy-like visuals that become more stark as Palace partakes in more party favors makes for a genre-crosser between coming-of-age and a POV of a psychedelic trip.

While Syms has created feature films in the past (2017’s Incense, Sweaters, and Ice was a 69-minute visual surveillance of three fictional characters), I’d be curious to know how and when she decides to create the next film. She has worked on The African Desperate since 2019 and is now doing in-person touring of the film in both the U.S. and Europe. To want more is selfish. But as The African Desperate gracefully blesses us with an unique, humorous perspective this year, I can’t help but feel the anticipation already start to build for the next Martine Syms project, whatever she decides to do.