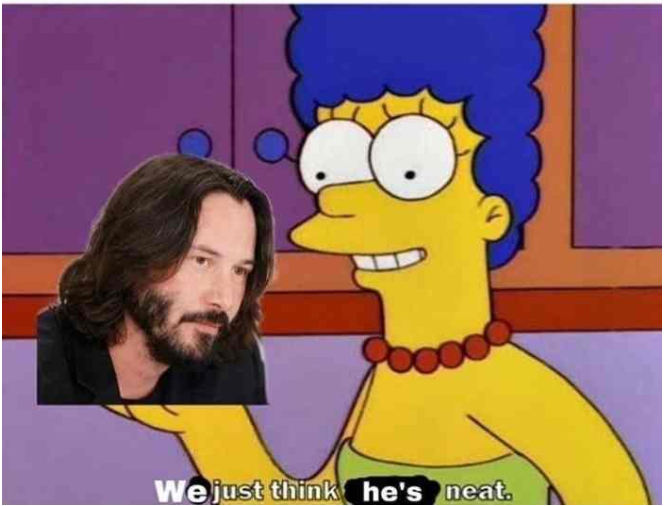 Continuing the resurgent Keanu-naissance that has caught flame in the past few months, the Coolidge Corner Theatre held its first marathon dedicated to the man this past Saturday. An amalgamation of the theatre’s After Midnite program and the annual summer treat of thematic back-to-back films, the Keanu-Thon started at midnight and spanned over six movies — calculated to be about twelve hours including breaks in between — of Keanu Reeves leading by way of surfing, data storage implants, demons, and general righteousness. The first and last movies, Point Break and Speed, were announced in the line-up, but the rest were going to be revealed right before its showing.

This event is not surprising nor unprecedented. In late April of this year, the first KeanuCon took place on a Glasgow weekend. There have been countless buzz news articles and interviews in response to Keanu’s sudden return to fame that somehow escalates him into a higher Keanu plane of existence that I thought was possible: admitting to having a crush on Sandra Bullock during Speed (“We were WERkennn,” he protests when Ellen points out that there was a mutual attraction), a black and white GQ cover shoot that is extraordinarily more pensive than the magazine’s usual floral blazers and sockless loafers, and giving such a sentimental, assuring answer that Stephen Colbert’s expression immediately becomes softened and in reflection for a split second before he ends the show.

Keanu has created his own index of innocuous candids and memes that I could mention a couple of my current faves (Thanks for asking! It’s this one and also this one) and still wouldn’t be close in longevity to the Internet’s grand slams like Conspiracy and Sad Keanus. But what of his acting? The gravitas he hoists at the waist nowadays? How he chooses his roles? What makes Keanu Reeves chuckle? Giggle? It almost seems paradoxical how a man could have so many reports revolve around the nature of his aloof kindness and still remains the enigma of A-list stars. 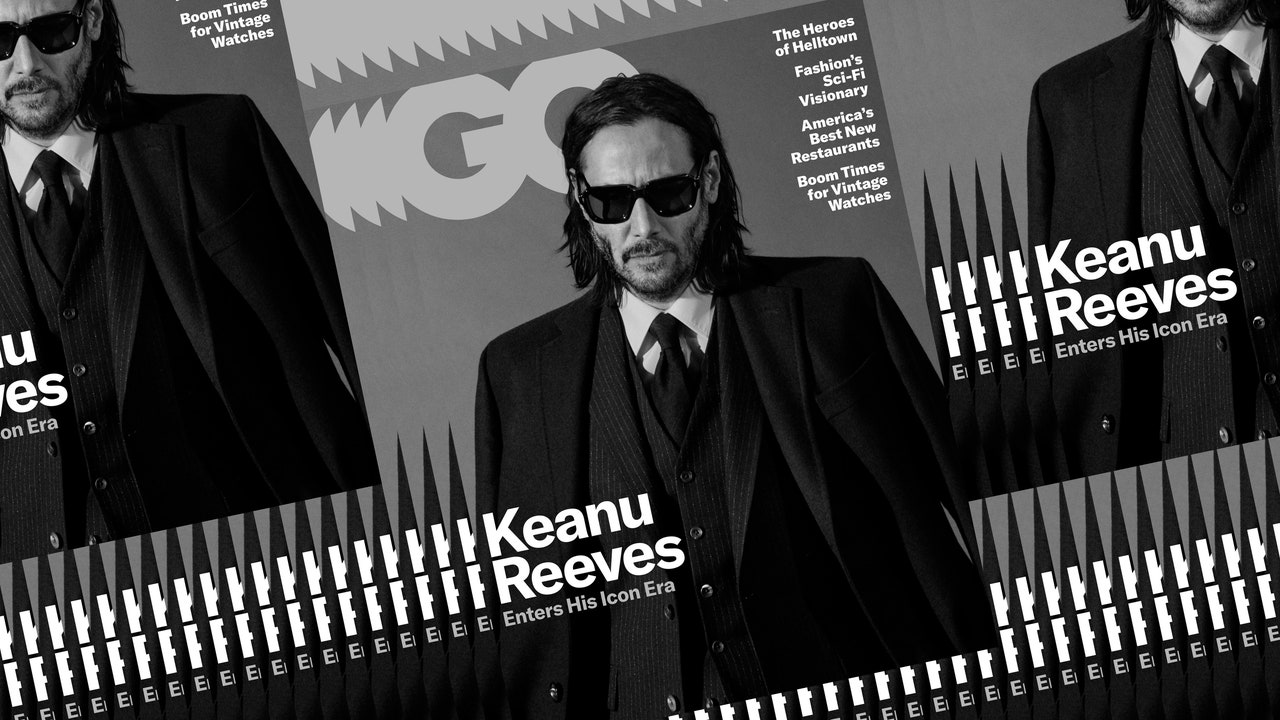 Keanu-Thon seemed to be a challenge of sorts, and not just for the players who want to survive until the very end. Coolidge’s director of special programming Mark Anastasio, who had braved the waking hours with the audience and introduced each movie, explained that while it would be easy to have crowd pleasers like John Wick and The Matrix, he took the opportunity to curate six films that should be revisited and re-examined in a theatrical atmosphere, especially in the 35mm format (separately, he’s mentioned that it took about six months to find the only 35mm print of Point Break in North America). In order, the movies were

Out of all of the movies, I had seen only the closer, which is truly one of the few action movies I can rewatch and supply a steady amount of sweat at appropriate times. In addition, I’m not really in tune with the Keanu love as a lot of people seem to be, but I was game to dissect the nuances, speech patterns, and gazes of the man everyone is in love with. 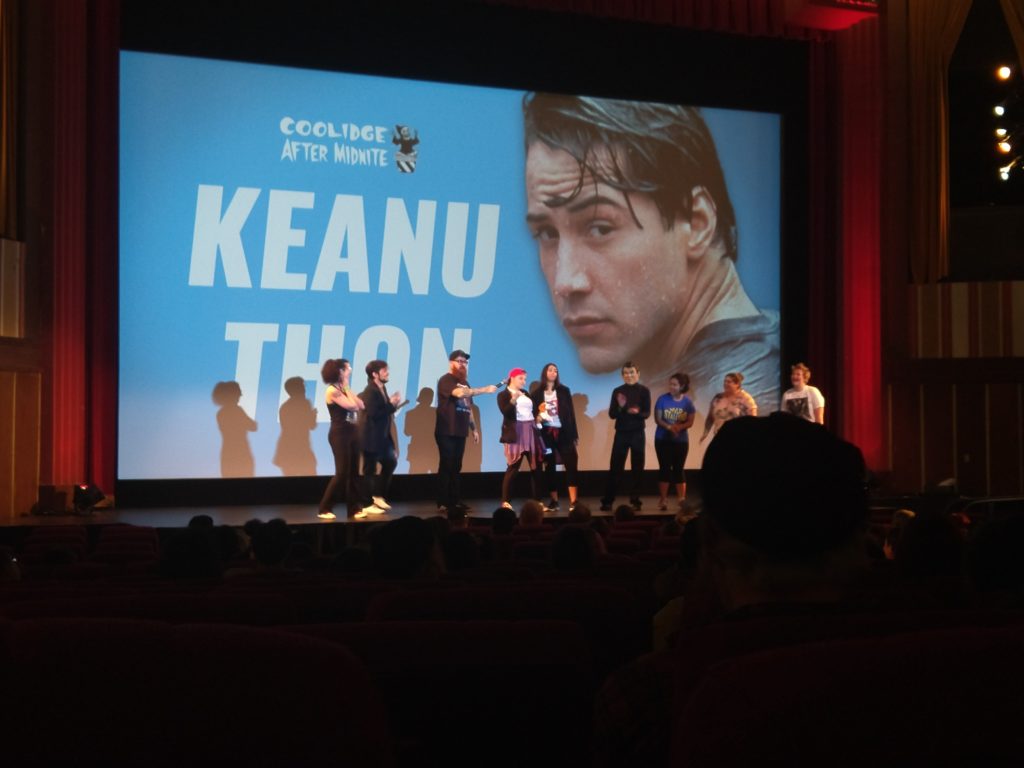 Criticisms of Keanu’s acting had persisted since the dewy skin era of his career, and it doesn’t feel like it’s in the awesome spirits to try to persuade one of a certain opinion. But I will say that it’s startling when he opens his mouth to say loud and angry words but his eyes remain calm yet impassive, as if he’s breaking character to make sure you’re okay. His flirtation tactics is devoid of lead star perversion; when Rachel Weisz’s character in Constantine asks if she needs to remove her clothes before entering the underworld, his otherwise tough character looks down and smiles to himself. “I’m thinking,” he replies to Weisz’s quizzical look after a few beats, which permits a laugh of knowing relief to viewers who are expecting the usual quota of male gratification.

His cinematic demeanor, which appears to be a binary system of grinning radness and “the world is a broken place and all I got is this T-shirt and bleak dreams” if I were to judge from this night’s selection, fits the bill in the roles he’s had over the years. Point Break (side note: holy shit, what a technical tour de force) and Bill & Ted’s Bogus Journey utilize Keanu’s abilities to enthusiastically bop his head to make peace and and to boldly tell his police department superior that he caught a tube in the midst of being told off. Johnny Mnemonic and A Scanner Darkly had a downcast but yearning Reeves as the personified results of a dystopian future dependent on evolving technology. There are two types of Keanus in movies, but he’s able to chameleon the Silky Haired Keanu and Fringed Dark Blackout Curtain Haired Keanu into tailored performances.

While I was banking on seeing John Wick for the first time with a sleep-deprived audience, I applaud Coolidge’s selection and the sequential placements. Watching a Windows 95-inspired animated nightmare that is the graphics in Johnny Mnemonic at 4 AM fucked me up while Constantine made me feel the way black coffee does in the morning: jittery and like my stomach was roundhouse-kicked. It was enjoyable to mentally play the second generation of Six Degrees of Separation without the assistance of the MCU; he’s worked with Tank Girl (Lori Petty), Jackie Brown (Pam Grier), and Cannibal Shia LaBeouf (Shia LaBeouf).

There’s a lot to Keanu that makes him fascinating, and watching him in roles that are decidedly not him but sorta reflect something about him made the experience more…realistic? Faithful? Unless he experiences a mid-life crisis (that is, if time exists for him) or changed anything different than what he’s been doing all these years, I can’t imagine that Keanu’s existential illusions or the influx of lighthearted memes will dissipate anytime soon.

At the end, when I stumbled out of the theater squinting at the bright overcast Sunday morning, there were three things I realized. First, Keanu is a vampire. Second, there was a part of him, and I didn’t know how potent that part might be, that thirsted for my blood. And third, I was unconditionally and irrevocably in love with him.

The selected movies in chronological year of release

Keanu-Thon took place in Coolidge Corner Theatre, which started at midnight, 6/29. Catch Keanu Reeves in his latest bout of summer releases: John Wick 3, Toy Story 4, (both of which you can still catch at your local multiplex) and Netflix’s Always Be My Maybe (which you can watch at home)!