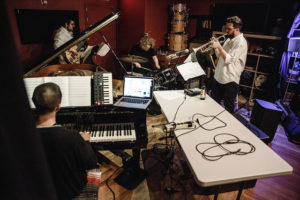 To open the night up, Melissa Weikart nonchalantly sang out her incredibly original melodies, and accompanied herself with colorful chords on the piano. Her music combined with her lyrics to achieve a dark humor that is at once self-reflective, political, and critical of her personal interactions. She made everyone calm, and then shined a light on some of her most striking moods for our entertainment and delight.

After Melissa, ___highlightreel created an undeniably infectious energy. The first time I heard this band it made me reconsider everything I was interested in up to that point. Cutting from abrasive noise to pounding techno to distorted pop songs and screaming punk rock, they fire up a crowd in a way that I don’t often see. Their guitarist Trngs, repeatedly choked himself with the mic cable while running into the crowd. The keyboardist Adammmmmmmmmmmmm works like an evil mastermind in a purple velvet cap. It seems as though the trio is plugged into the same computer, and like a player piano, they work out this subversive cyberpunk performance.

Bald Uakari closed out the night with a vibrant round of styles. This show was bittersweet because it was their last show as a band. Their set up and stage presence was intriguing right away. They collectively searched through complex textures and grooves to achieve resolution. Their usage of effects and digital processing allow this seemingly acoustic band to go into new musical territories. Speaking through his trumpet, Charlie Feig melds his sound into this sonic landscape eloquently. Everyone should definitely look out for more work by drummer and bandleader Greg Mcrae! 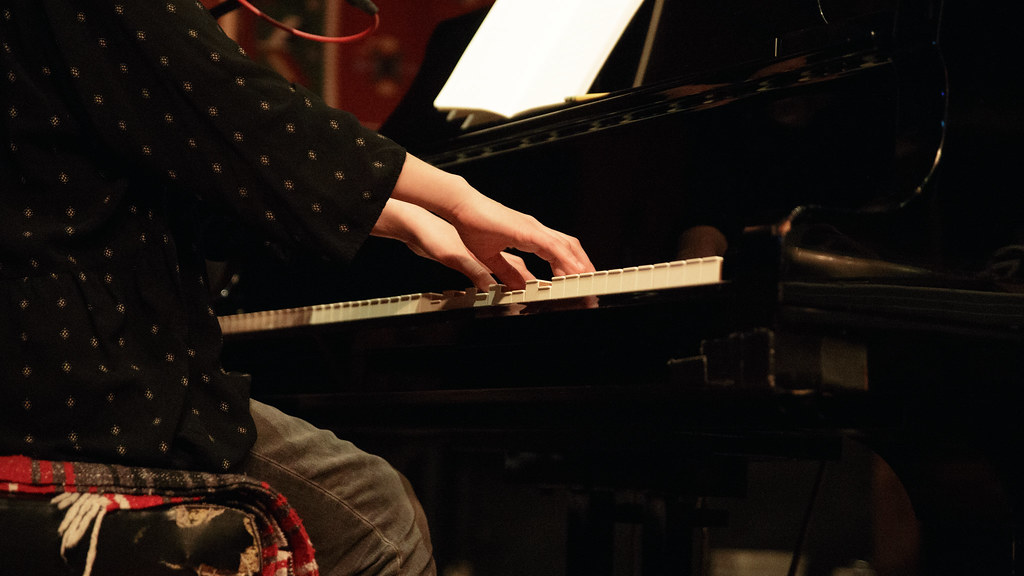