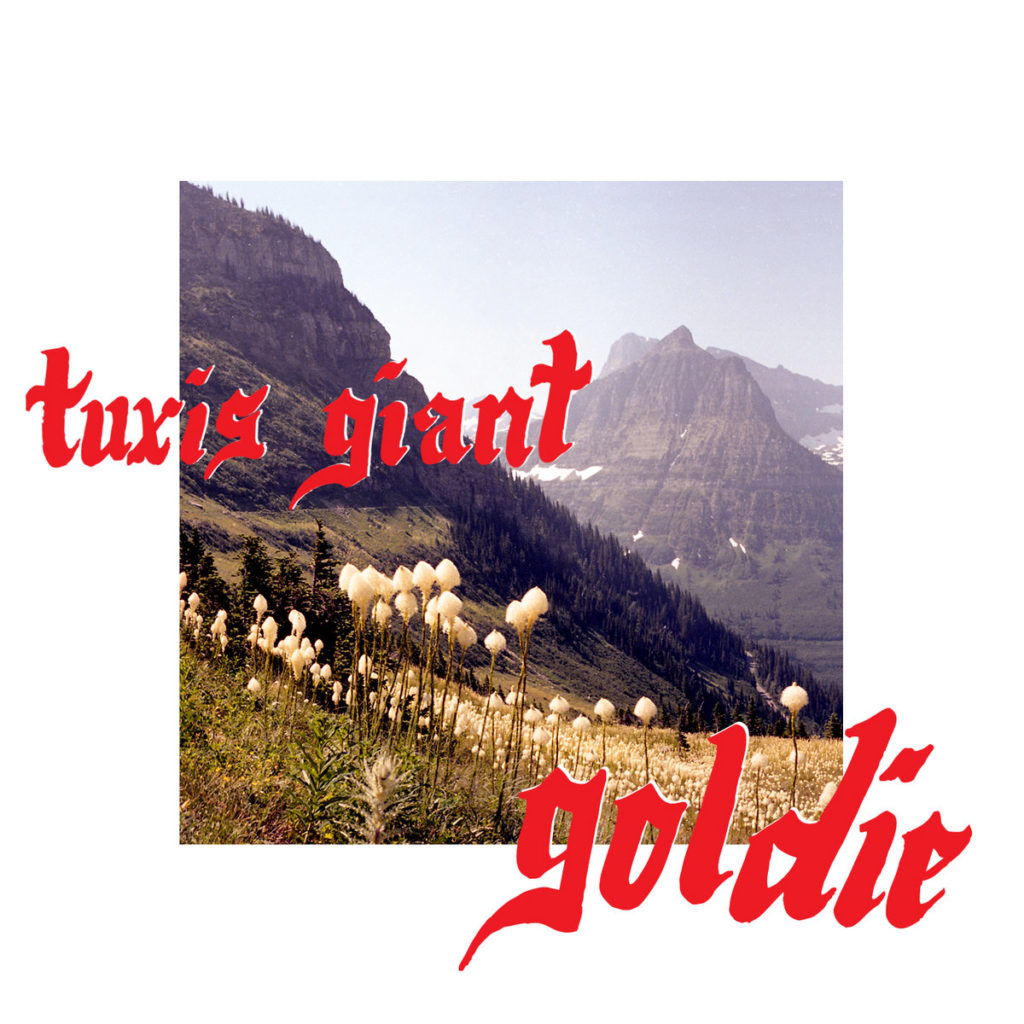 Tuxis Giant’s newest album Goldie dives further into what they do best: creating dream-like songs that feel reminiscent of sunny days spent shooting the shit with friends, and the bittersweetness of growing up. Goldie is particularly interesting in a time where a lot of people’s lives have been put on hold. We are in a time where reminiscing about time spent with friends seems to carry a certain weight it didn’t before.

This album is a departure from the band’s origins that started as the solo project of singer/songwriter Matt O’Connor, who has since included drummer and bass player James Steinberg and Ted Chafizadeh. This leads us to Goldie: the soft spoken and whimsical yet powerful collection of songs home recorded in Dedham, MA. The band has previously been covered by The Hassle for their preceding album Here Comes the Wolf and Goldie even earned the review of WBUR. With dynamic instrumentation and sounds throughout their latest release Goldie, there is so much to say about the ways in which the uniqueness of their sound has solidified.

The majority of the tracks on Goldie are moved forward by soft melodies carried by minimalistic guitar, and barely-there vocals, making the whole listening experience feel like a collection of adult lullabies. It’s also a marker of their distinct musical style. The songs start off soft and unassuming, but billow into emotionally charged swells of drums, strings, and even flute, all the while taking the listener along for the ride. The delicateness of the vocals only add to the dream-like state, leaving questions and swirling imagery, but done so in a way that doesn’t detract from the placid but deliberate playing.

The fifth track, “Still Life”, encompasses the body of work with its surreal lyrics “so he jumped out of the window/ and cannonballed into the pond/ and I know he’s the swan who ate all the breadcrumbs we threw on the lawn/ came out of nowhere/ then he was gone”. These lyrics are accompanied by a gentle lull of an electric guitar and the added texture of the occasional cymbal. Then the song takes a turn from the crooning story-like vocals, and erupts into a more intense instrumentation and the inclusion of strings and drums.

That is what the whole album is about in a sense; making our way out of the soft comforts of familiarity and learning to navigate the more turbulent and unexpected parts of growing up. The home recorded album is a reflection of learning to change in a currently relevant kind of way – everyone is currently experiencing the world in a new way, and trying to figure out what these changes mean going forward.