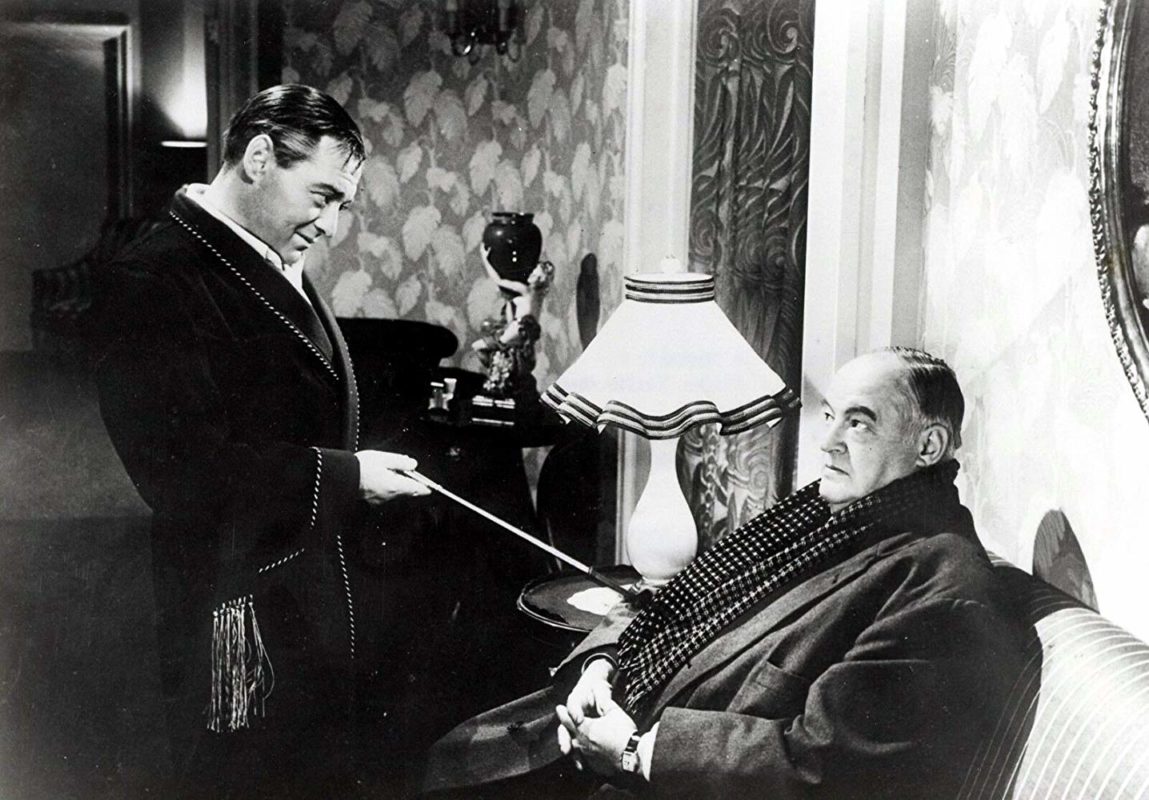 Though a main character in The Mask of Dimitrios looks like the “Let’s Rock” dude from Twin Peaks, this is a run-of-the-mill murder mystery. Unless you consider how the elusive Demitrios Markopoulos (Zachary Scott) dodged authorities for most of his life, only for his waterlogged, dead body to be found ashore in Turkey under suspicious circumstances.

Author Cornelius Leyden (Peter Lorre) hears of the infamous Dimitrios for the first time from a Turkish police officer, and makes it his mission to uncover the missing pieces of the criminal’s life. Leyden’s journey lands him in a hotel room with a peculiar character named Mr. Peters (Sydney Greenstreet) who encourages him to visit and interview former associates of Dimitrios. When he has learned everything he can, Leyden is to meet Peters in Paris.

Dimitrios’ trail leads Leyden to an ex-lover, a former employer, and an aggrieved partner in crime. Each associate asks the same question: “Did they find any money on his body?” Leyden is baffled, as he saw the penniless body himself. Is Dimitrios truly dead? Or has he pulled off another intricate heist?

Find out for yourself in this Warner cult classic.