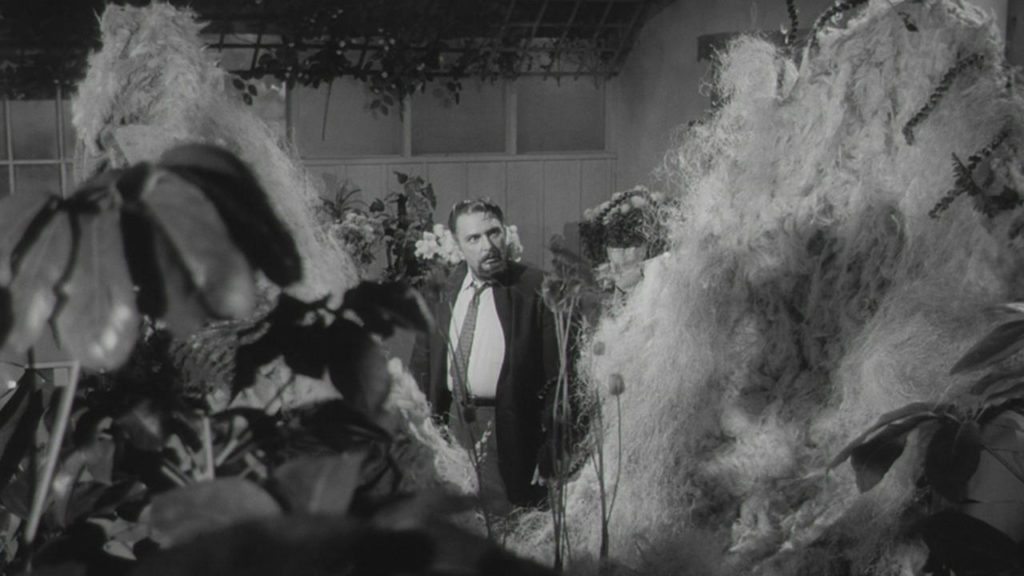 As a ten-year-old, if you had asked me the funniest movie of all time, there’s a good chance I would have confidently answered The Little Shop of Horrors.

I would also probably make a point of explaining that I was not talking about the musical (even as a child, I had a preternatural distrust of remakes; clearly, I was destined from the start to be a snotty online film critic). I specifically meant the original 1960 Roger Corman black and white horror comedy, which I came to own through the forgotten wonder of cheapo public domain VHS imprints. In some ways, this is a surprising choice for a child in the age of Jim Carrey and The Simpsons— but in others, it seems almost inevitable.

Even among those who have never seen it (or only know it through the lens of Broadway and Frank Oz), the story of the original’s making is something of a legend. Upon completion of his beatnik-themed black comedy A Bucket of Blood, exploitation king Roger Corman found himself both under budget and ahead of schedule (something of a miracle, given his legendary stinginess on both fronts). Never one to let an opportunity go to waste, Corman called upon Bucket screenwriter Charles B. Griffith to bang out a new script which could be shot quickly and cheaply on the still-standing sets. The result shares Bucket’s tone and general plot structure, as well as much of its cast, and the exact same jazz score by Fred Katz (it has been speculated that Corman never bothered to check whether the score was in fact original; Katz would go on to resell it to the director for an additional five films). Nevertheless, it served its purpose; Corman shot the entire film in a record two days of principal photography. What he likely didn’t expect is that it would go on to become a word-of-mouth hit, and one of his most enduring works. 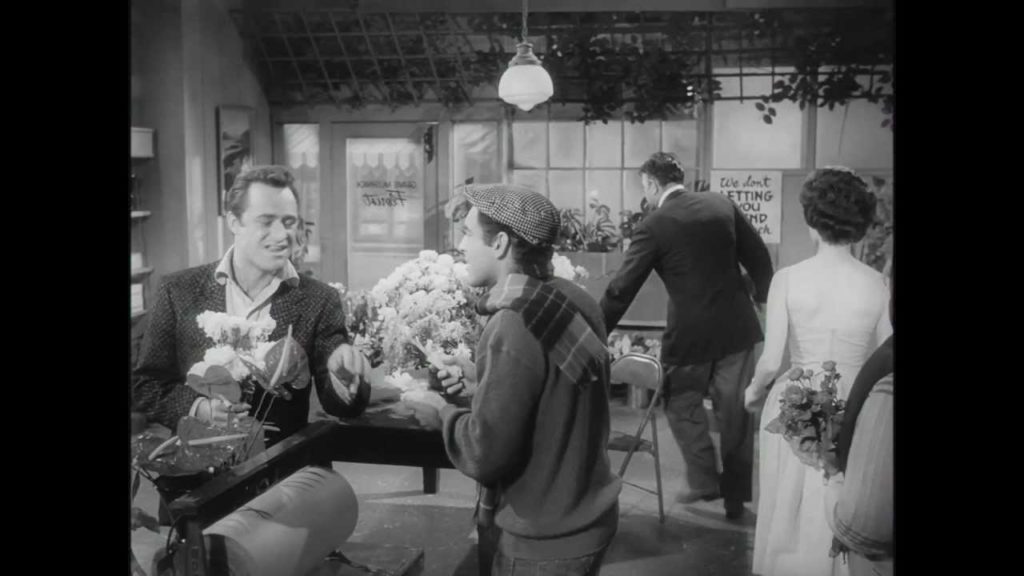 At under 75 minutes, Little Shop is a slight film, but its breezy running time works to its advantage, allowing it to neither slow down nor overstay its welcome. The cast (including genre cameo icon Dick Miller as a plant-eating man and, most infamously, a shockingly young Jack Nicholson as a masochistic dental patient) are all playing to the rafters, but clearly having the sort of fun one has when banging out a silly movie over the course of a weekend. And the script, while not quite as biting (har, har) as A Bucket of Blood, is a delightful example of the “sick humor” movement of the late ‘50s/early ‘60s. In his indispensable autobiography, Corman uses these two films (as well as their even more ragged follow-up, Creature from the Haunted Sea) to stake his claim as the inventor of the black comedy. That’s obviously a stretch, but the vines of Audrey, Jr., clearly extend through decades of horror comedy, from TV’s The Addams Family to Peter Jackson’s Dead Alive.

I now recognize that my youthful esteem for Little Shop may have been slightly inflated– it is both deeply sitcommy and astonishingly cheap– but, more than half a century later, it remains infectiously giddy and unapologetically perverse, a live-action cartoon unafraid to rack up a substantial body count. In other words, it is made for the ten-year-olds of the world– both literal and spiritual.