Another batch of strange, funny films. For the record, Dual is my favorite film of the festival thus far. We’ll see if anything can top Stearns’ bizarre clone story. 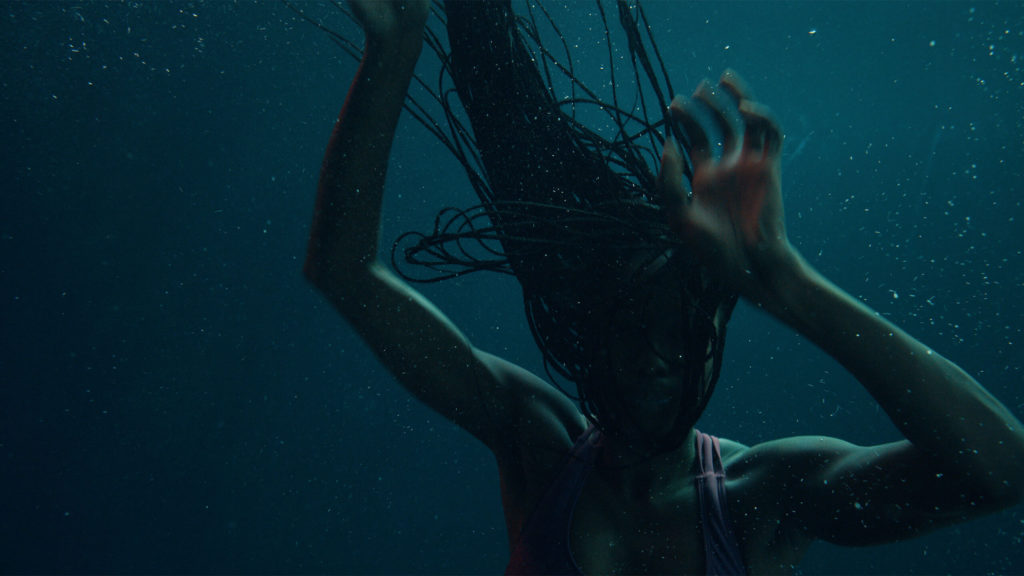 Perhaps best summarized as a supernatural-tinged Black Girl (Sembène), Nanny is a well-crafted story of the real horror of the American Dream. Anna Diop plays a young Senegalese woman named Aisha working for a mostly oblivious white family in New York City, caring for their daughter when her parents can’t be bothered. She’s willing to ignore some things, like the fact that they owe her overtime… but only to a point. Aisha is desperate to bring her son to the US, and she’s ready to fight for the money she has earned. Of course, she has to deal with some sort of demonic spirit haunting her dreams first. The mystical elements of Nanny somewhat distract from the film’s main point until the shattering climax, but they work to enhance the dread. A solid feature debut from Jusu – I’d love to see what she comes up with next. (B-) 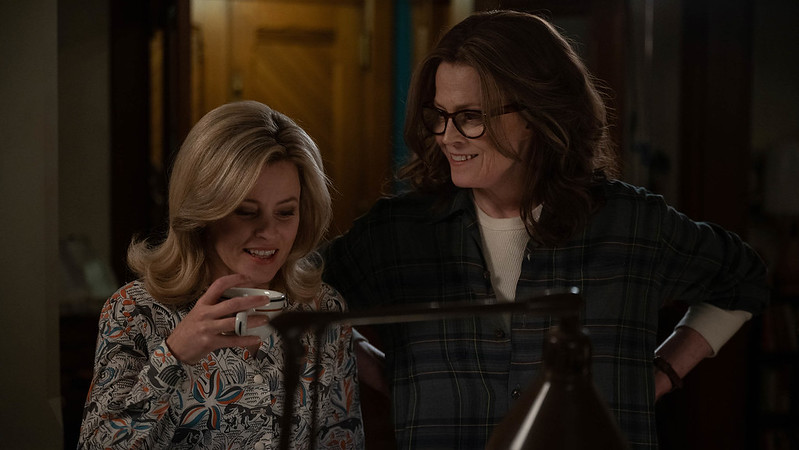 Despite its seemingly harrowing subject matter, Call Jane could mostly be categorized as a hangout film. Elizabeth Banks stars as a woman in 1968 Chicago whose pregnancy turns life-threatening. In her desperate search for an abortion, she finds an organization called the Janes who are able to save her life. From there, Joy is pulled further into their world in order to help anyone in her situation. Sigourney Weaver co-stars as the leader of the Janes, a sardonic woman who tries not to let her pessimism obstruct the cause. The film is perhaps a tad drawn out and dramatically inert, in some places feeling more like the first episode of a miniseries than a feature film. The story is also heavily fictionalized in a way that feels unnecessary – the true story is plenty dramatic! If you’re trying to decide on an abortion drama, I’d rather you go with Happening. (C+) 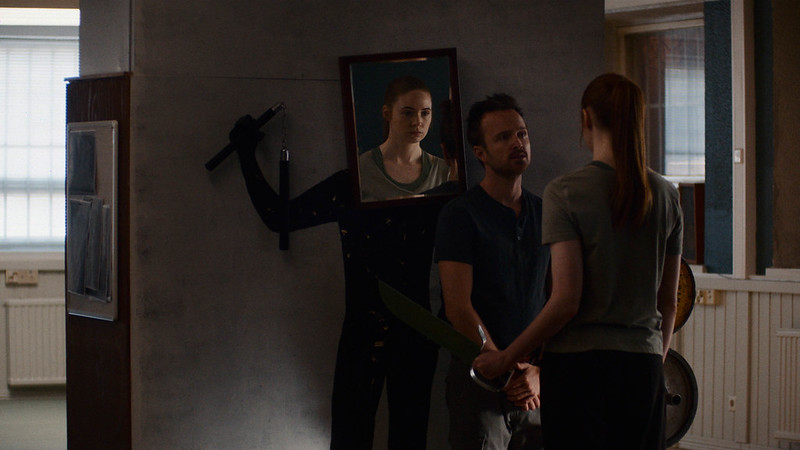 The bizarre world of Riley Stearns is one I’m always happy to visit, though I’d never want to live there. Dual features the driest, most deadpan humor in the game, and I am so happy to see Stearns double down on the weird and disorienting. He’s like an American Yorgos Lanthimos protege who loves jiu-jitsu. Karen Gillian plays a woman who, having discovered she is dying, buys a clone as a replacement to ensure her family won’t be sad when she drops. Unfortunately, that terminal disease turns out to be not so terminal, and the clone is unwilling to give up the life she’s taking over. So, naturally, the two women must duel to the death. Sarah Prime trains for a year with Aaron Paul as her sensei, while Sarah Two takes her apartment, boyfriend, and mother. The training includes regular fighting techniques, but Sarah must also learn how to tolerate violence by watching grisly videos and potentially harming small animals. Filmed during the pandemic in Finland, these strange circumstances only heightens the isolation of our lead as the date of her potential murder draws closer. Some may be put off by the flat affects or pitch black humor, but I loved it as much as I loved The Art of Self-Defense a couple years ago. (A-) 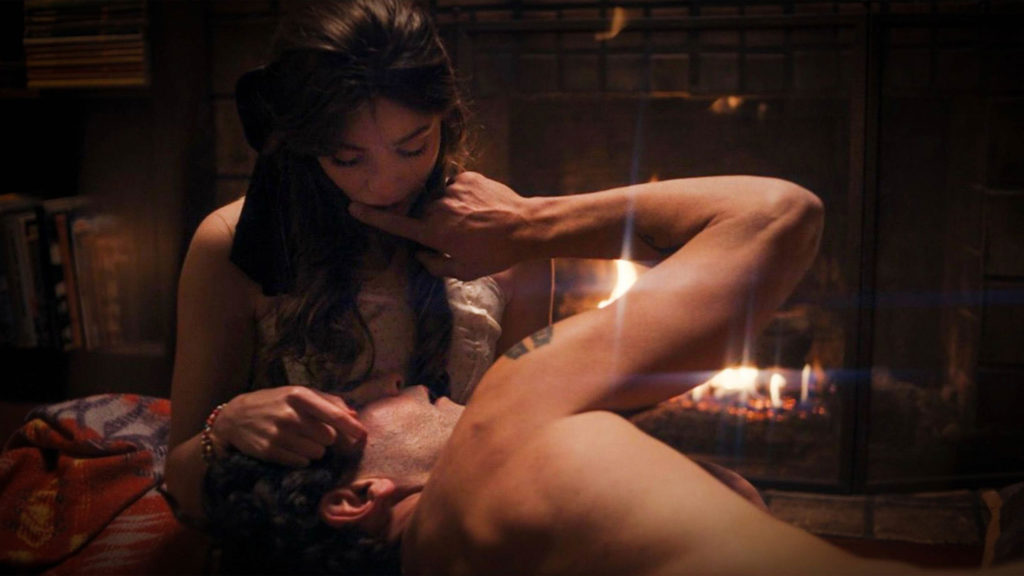 No way around it: Lena Dunham’s first feature in twelve years is, above all else, a bifurcated mess. However, Dunham has not lost a bit of her caustic humor, as this thing has some truly hysterical moments. Sarah Jo (Kristine Froseth) is a 26 year old virgin who lives in LA with her mother (Jennifer Jason Leigh) and sister (Taylour Paige). Determined to finally have sex, she propositions her employer Josh (Jon Bernthal) and they begin an affair. Of course, things go south when Josh’s pregnant wife (Dunham) discovers this and Sarah Jo flees to the safety of her room to start her next sexual journey, one very close to the plot of 2013’s The To-Do List. This is where the wheels fall off the bus a bit, but two goofy performances from Girls alum Ebon Moss-Bachrach and, somehow, Scott Speedman help guide us to the finale. Despite the chaos of the back half, I still found the charm in Dunham’s script to be enough for me. Much like Girls, people are going to despise this thing, but Dunham will keep on trucking. (B-) 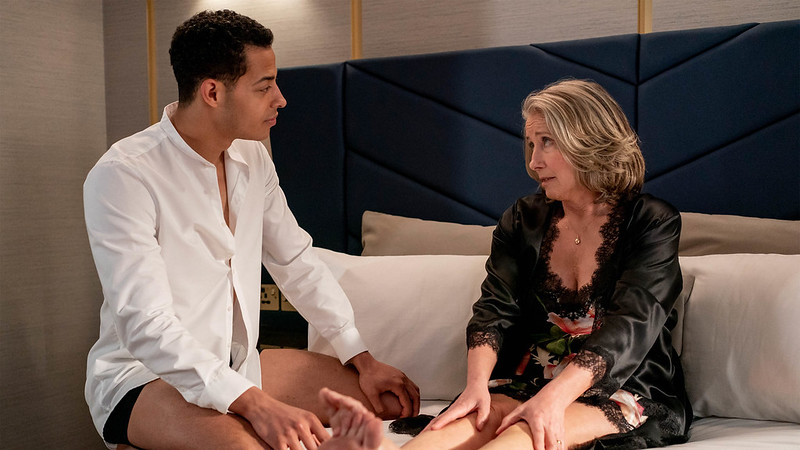 Emma Thompson bares all in this funny, charming, overall lovely story of a widow trying to reawaken her passion with the help of a ridiculously handsome sex worker. Daryl McCormack does a phenomenal job as Leo Grande, matching wits with one of our finest stars. Nancy (Thompson) lets her nerves run the show, basically interrogating Leo about his work, his life, and everything in between. The film is like a stage play, hardly leaving the hotel room Nancy has booked for her secret escapade. They have a nuanced discussion of boundaries and why sex work should be legalized that never feel preachy or condescending. It takes a good script to make a two-hander this compelling. This feels like a film that can find a solid audience wherever it lands. (B+)