This batch of films runs the full spectrum of human emotion, each dizzying in their own way. Enjoy! 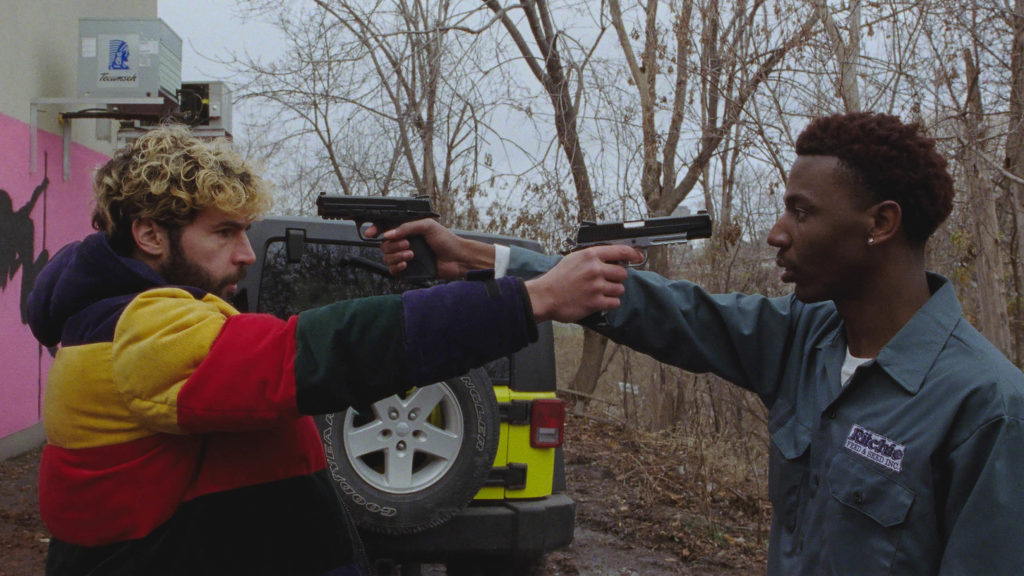 On the Count of Three (2021) dir. Jerrod Carmichael

Like many of the best films, Jerrod Carmichael’s feature directorial debut is about two men who are friends. Here we have the tale of two clinically depressed buddies, Val (Carmichael himself) and Kevin (the incredible Christopher Abbott), who enter an ill-advised suicide pact, then spend the day causing as much havoc as possible. Obviously it’s extremely dark, but Carmichael and Abbott manage to draw the humor out of every scene, even when they’re debating beating Val’s father with a crowbar. Abbott would win the craziest white boy of Sundance award if they finally made that a category. From his venomous singing of Papa Roach’s “Last Resort” to his incredulous reaction to firing a gun for the first time, Abbott takes the rage and pain of his character and turns it into some of the most compelling acting I’ve seen in a good long while. I never watched The Carmichael Show, but it’s clear the actor/director/writer spent that show honing his craft and getting ready to bring this story to life. (B+) 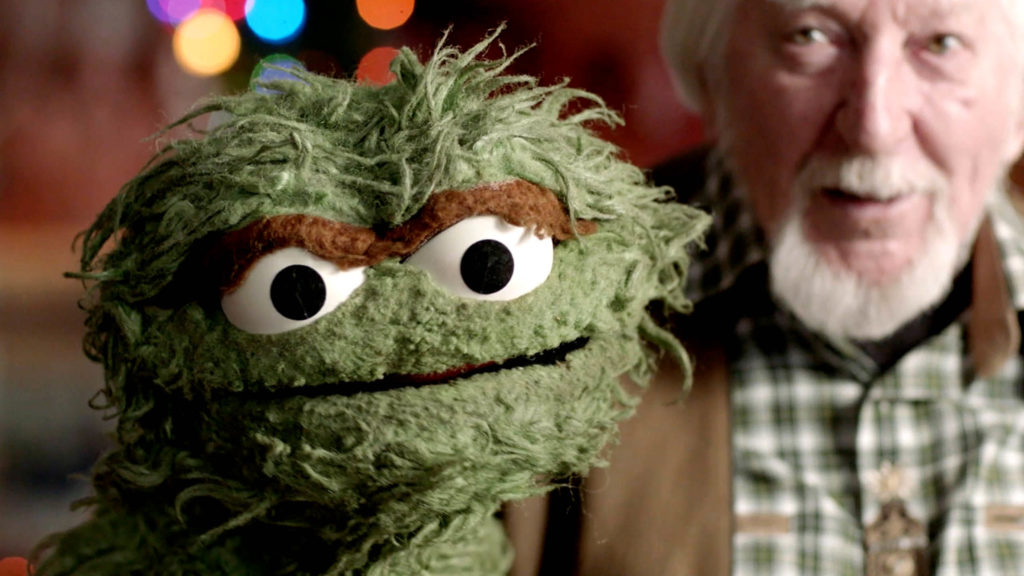 Street Gang: How We Got to Sesame Street (2021) dir. Marilyn Agrelo

This is a documentary about the careful development of Sesame Street, perhaps the most valuable thing to ever come from the medium of television (besides the Zou Bisou Bisou scene in Mad Men). It is impossible for me to be impartial about this film, as the effect of these Muppets and performers on my life is immeasurable. So while I knew most of this history just from being a Muppet scholar, I was pleased to see Street Gang give Joan Ganz Cooney and company ample room to discuss their monumental work in bringing educational programs to inner city kids in particular. The talking heads feature Cooney, the writers, many of the actors, adults who were on the show as children, and Caroll Spinney himself (RIP). The momentum does give out in the back half, but recovers with the devastating gut punch of the discussion of how to address Mr. Hooper’s passing, and the sudden illness and death of Jim Henson. Fortunately, these sections are bookend by bloopers of Muppets swearing, so it works out just fine. Who knew Oscar had such a potty mouth? (I did.) (A-) 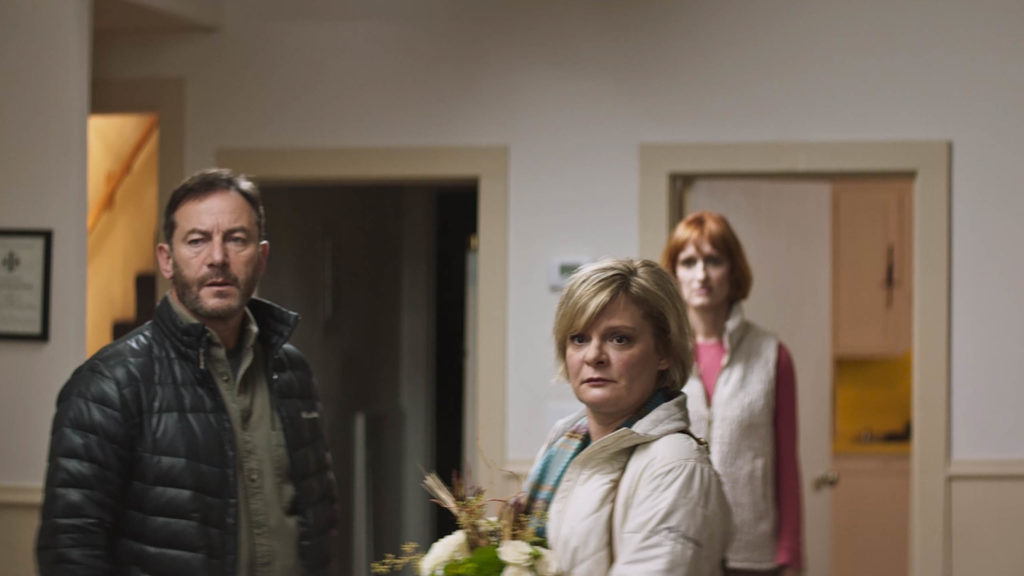 A delicate chamber piece featuring four actors at the top of their games (Jason Isaacs, Martha Plimpton, Reed Birney, and Ann Dowd), Mass is at times impossible to watch, though gripping from minute one. A brutally honest conversation between two sets of parents, both of whom lost a son, but… Dowd and Birney’s son murdered Isaacs and Plimpton’s in a school shooting. The parents are meeting in a church to attempt to reach some sort of peace after years of lawsuits and hatred, though the catharsis may never come. It’s a tough watch, one without easy answers to the myriad of issues affecting America, but the actors are doing incredible work. Ann Dowd can make herself so small it’s scary. There are a few moments that break the tension by cutting away instead of dragging us through each raw outburst kicking and screaming, to the movie’s deficit. I’m not sure it’s a film I can recommend, but I applaud Kranz’s attempt to talk about the unspeakable. (B-) 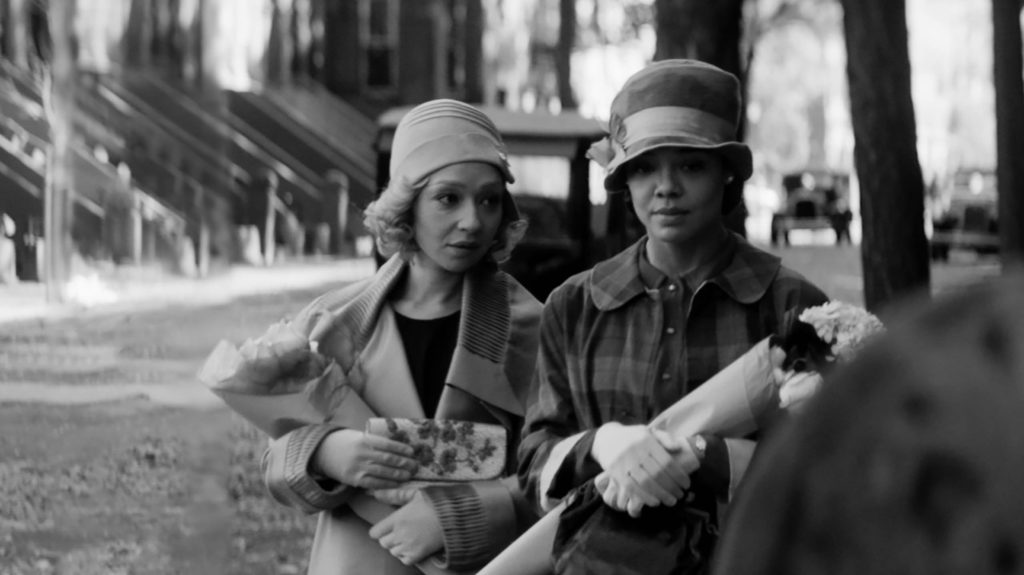 Nella Larsen’s 1929 novella is one of my favorite books of all time, so the stakes were high for Hall’s adaptation and feature debut. Fortunately, my doubts disappeared the second Ruth Negga appeared on screen ready to eat Tessa Thompson alive. Shot in black and white with an appropriately jazzy score, Passing captures the essence of the novel while giving the two actresses room to make even more homoerotic choices that I could have imagined. Clare Kendry (Ruth Negga) is an African-American woman who ‘passes’ for white and has married a white man (Alexander Skarsgard), while Irene Redfield (Tessa Thompson) lives in Harlem with her Black husband (Andre Holland). A chance meeting in what seems to be a whites-only establishment (Irene presents herself as white when she can use it to her advantage) reunites these friends and starts a chain of events that threatens to throw both their lives into chaos. Hall does not feel the need to stretch the story beyond its limits, instead bringing the novella to life over just 98 minutes. The script is not subtle in its parsing of race and status, but neither are racists like Clare’s husband. Passing is such an internal novel, I was impressed by Thompson’s ability to showcase Irene’s unraveling mental state with her body language and breathing alone. Passing could be a real hit. (A-) 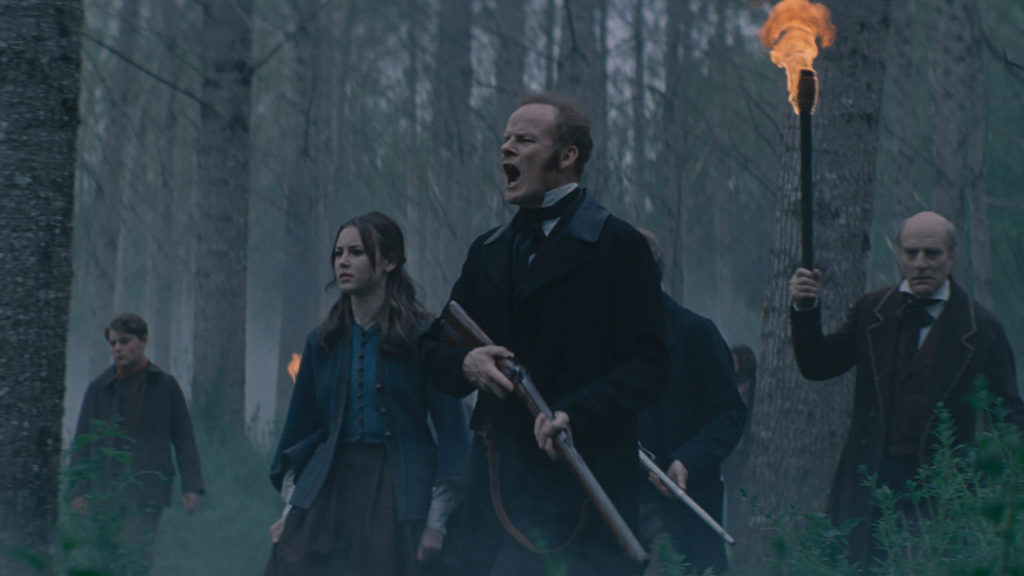 Cut the prologue and you rescue much of the film’s tension. A gnarly werewolf period piece, Eight for Silver is impressively violent but hampered by clunky GGI and pacing. I wanted to like it more than I did, and I did enjoy most of the ideas, including a horrifying sequence out of Cronenberg’s playbook. This needs another run in the editing booth to be fully salvaged, otherwise it’s as dead as the werewolf’s victims. (C-)