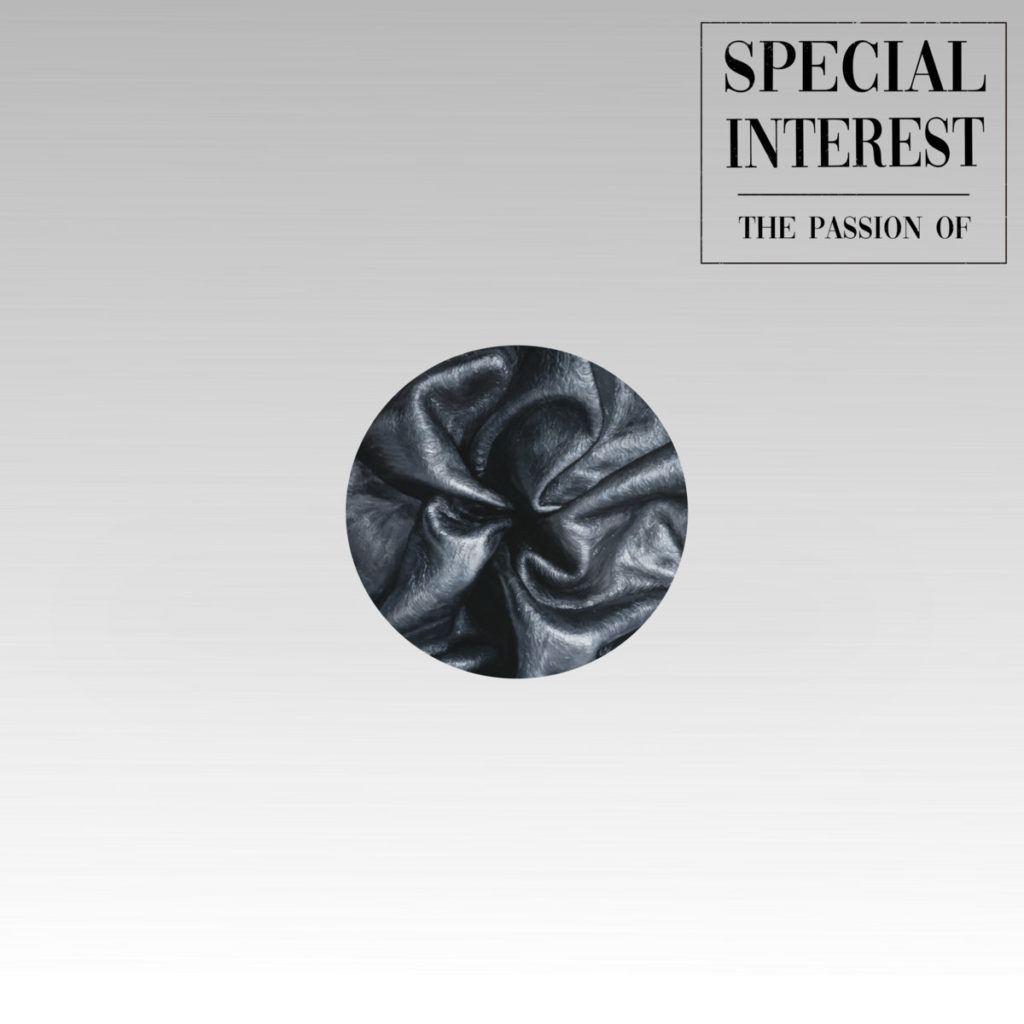 Like a latex glove slap in the face, New Orleans’s finest Special Interest’s new album The Passion Of suffocates, sprays, and face-sits in one of the best records of 2020. Released in the most fitting of times, The Passion Of dropped to this crumbling earth at the right moment. Rife with anxiety, unrest, and uncompromising desire, this album is as much a banger as it is a cornerstone in a dark yet hopeful juncture of history.

There aren’t many bands like Special Interest– rather, there are very few bands that do what Special Interest does quite like they do. Harking back to early LA punk, early aughts Three One G, and early industrial, Special Interest sounds familiar albeit otherworldly. Guitarist Maria Elena plucks neck chilling noise rock bends while bassist Nathan Cassiani churns the most unsettling midnight walks. At the forefront of these tracks stands Alli Logout with a refreshing balanced performance ranging from rabid barks to righteous croonings. They set the scene: it’s nighttime, baby– and it’s gonna be a long night.

The album kicks off with a powerful feedback crescendo in “Drama” leading to the best introductory scream since Fucked Up’s “Son the Father”. From there, what ensues is a streetlit drunken jaunt, each song a messily beautiful vignette centering on the collapse of a disgraced world and its rebirth. In an interview with Jane Pain, Logout touches on the idea of dismantling systems of oppression, a theme deep set within the album, “I want complete, total destruction of everything. I don’t want to live in a time where people are not thinking about what is happening”. “All Tomorrow’s Carry” is a pained examination on gentrification and distraction that blends into oozing club drums and base level desire in “A Depravity Such As This.” The conflation between The Passion Of’s harder and more sensual songs feels necessary– like partying in the midst of unrest, like making love wasted.

“Homogenized Milk” is especially relevant to current times, discussing the violence of discursively produced microaggressions and racism ingrained in American society. In the song’s chorus Logout chants, “The nuanced state of now/ The nuanced state of how” illuminating the repetitive nature of this struggle. Logout’s succinct lyrics cut with a directness signature to hardcore lyrical conventions, yet their delivery eludes strict categorization. Their guttural shouts cut through the mix as their soulful lilts elicit an infectious, sometimes introspective, head bob.

There is never a moment, amidst the chaos, that doesn’t feel vulnerable or authentic. As the album nears its close, Ruth Mascelli’s synths take on the form of a silky nightclub organ and Logout shouts what feels like The Passion Of’s thesis statement: “street pulse beat”. The song’s marching pace eggs on the nagging question, “won’t you take my wise rough hand?”. Logout contemplates identity, desire, in short– love in a hauntingly stoic performance. “Street Pulse Beat” feels like an oasis in the grimy desert of decay that is The Passion Of. As the album nears its close, we find ourselves in the warmly lit coat room of a club just past closing time. The cops are outside, but for a moment longer, we stand in the sticky fog of human breath, feeling night. And isn’t this what it’s all about? Not just the violence and the chaos, but the stillness. Death is the meaning of life. And Special Interest is love.