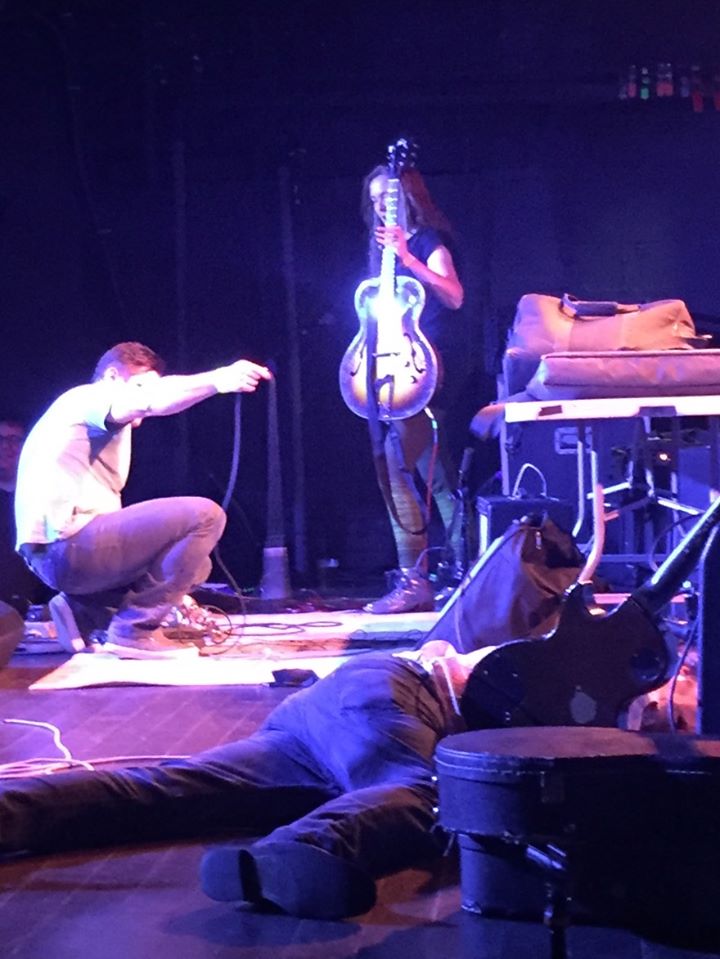 photo cred: Steve Lowenthal
GET TO the band’s show on 12/14. They are fucking incredible. Also LISTEN TO THEIR RECORDINGS.

Dan Shea: How did you and Kate and Wayne meet?
Greg Kelley: In 1996 I saw an ad (and 10% off coupon!) in the Boston Phoenix that (Wayne & Kate’s label) Twisted Village Records was opening up a store in Harvard Square. I was aware of the label from (distributor and former magazine) Forced Exposure and am pretty sure I went in on opening day. And, from that point, on many, many, many subsequent days. It quickly became a central hub for underground music and remained that way throughout its 14 years of existence. I made a number of great friends there, including Wayne & Kate.

DS: Collectively does the band have a favorite food? Beverage?
GK: Vegetarian bar and diner food have had a significant role in the band’s history. Jane & Michael Stern’s Roadfood book (now website) was an important tour resource. Beer would probably be the agreed upon beverage of choice.

DS: Are there any Heathen Shame rituals?
GK: Food, drink and (when applicable) roller coasters. The two times we toured through the Midwest, we made a point to set aside a day to go to Cedar Point roller coaster park in Sandusky, Ohio.

DS: You lived in the Boston area for a long time, and now you’ve lived in Seattle for a while. Are there general differences in the ways that audiences consume music in the 2 places would you say?
GK: There are certainly differences in the music scenes and the internet/social media has opened and closed a lot of doors everywhere, but it still comes down to the people involved and community. When you have groups of people/organizations, supportive venues and even a series like Non-Event, Boston Hassle, Washington Street Arts, Dorchester Art Project in Boston or the Wayward Music Series/Chapel Performance Space, Gallery 1412, Hollow Earth Radio and previously a group called Elevator in Seattle, it can make all the difference. And persistence is key.

DS: Are we going to hear new recorded music from this powerful sound monster you’ve helped
create in the future?
GK: I hope so, but once we started playing regularly, we really became a live band and the idea of recording in a sterile, studio environment and capturing the live energy became a bit of a hurdle. We had the idea to record in a practice space with an invited audience as kind of a live/studio hybrid, but didn’t get around to it, then I moved and fucked everything up.