Imagine being in a band and your only recordings have been done in a basement or bedroom with a laptop, microphone, and whatever equipment you can afford, or maybe, like many DIY Boston bands, you don’t have to imagine, because that is your reality. But what if you had a chance to record in a top-of-the-line studio, supplied with instruments, and on-hand trained engineers, all for free? FREE.

It seems too good to be true, but look no further than Converse’s Rubber Tracks Studio set up right by the Zakim Bridge and North Station. The studio offers, for free, a high quality recording experience five days a week to any Boston-based band who applies and is accepted. The artists who record also retain all rights to their music. According to Converse, bands have the option to give Converse limited rights to their music so Converse can publish it on Converse.com, affiliated Converse sites, and social media sites.

So what’s the idea behind it? Converse says they owe a lot to bands. Musicians wear Converse and that’s free advertising for them, so this is their way of giving back. Studio time is expensive for a band just starting out, so this is a way for creative people to get a chance to record as many songs as they want and distribute those recordings at their leisure. Over 1,000 bands have recorded in the Brooklyn Converse Rubber Tracks Studio. The opportunities don’t stop at the studio; after a stellar recording experience the band is put in a pool of local artists, and when it comes time for Converse’s very popular free concert series, the headliner band picks their opener from this pool of Rubber Tracks artists. For anyone who has never attended one of these free concerts, they are always sold out, so this gives the opener a chance to play to a room packed to capacity often at a renowned venue, such as the Sinclair in Cambridge. Converse also has a home studio equipped with a library of samples free to be used by Rubber Tracks artists.

If you are a signed band, you can’t use the studios, because Converse really only wants bands who can’t afford studio time to have access to this platform. It’s for bands that haven’t been given opportunities. Bands on average use 1-2 days in the studio and bands who apply to record can apply to use the studio even if they haven’t written the songs they want to record yet. So who picks these bands? A small group of people who pick nothing but talented bands who say “listening to the music is the last thing they do don’t want to make decisions based upon musical preference,” according to Evan Kenny, Studio Manager for Converse Rubber Tracks in Boston.

The best aspect of the recording experience is anyone can apply as long as they are willing and unsigned. Even minors can apply as long as a parental guardian accompanies them. Any genre of music can apply. A band can even reapply if they are denied the first time (after three months). The studio officially opens July 1, 2015.

I went last Friday to the press preview. The studio is really cool, the instruments they have are really nice, and this is an amazing opportunity for talented bands to reach new audiences.

Check out this promo video featuring Bent Shapes’ (and Sam’s brother!) Ben Potrykus on the whole Rubber Tracks project and how it began and evolved: 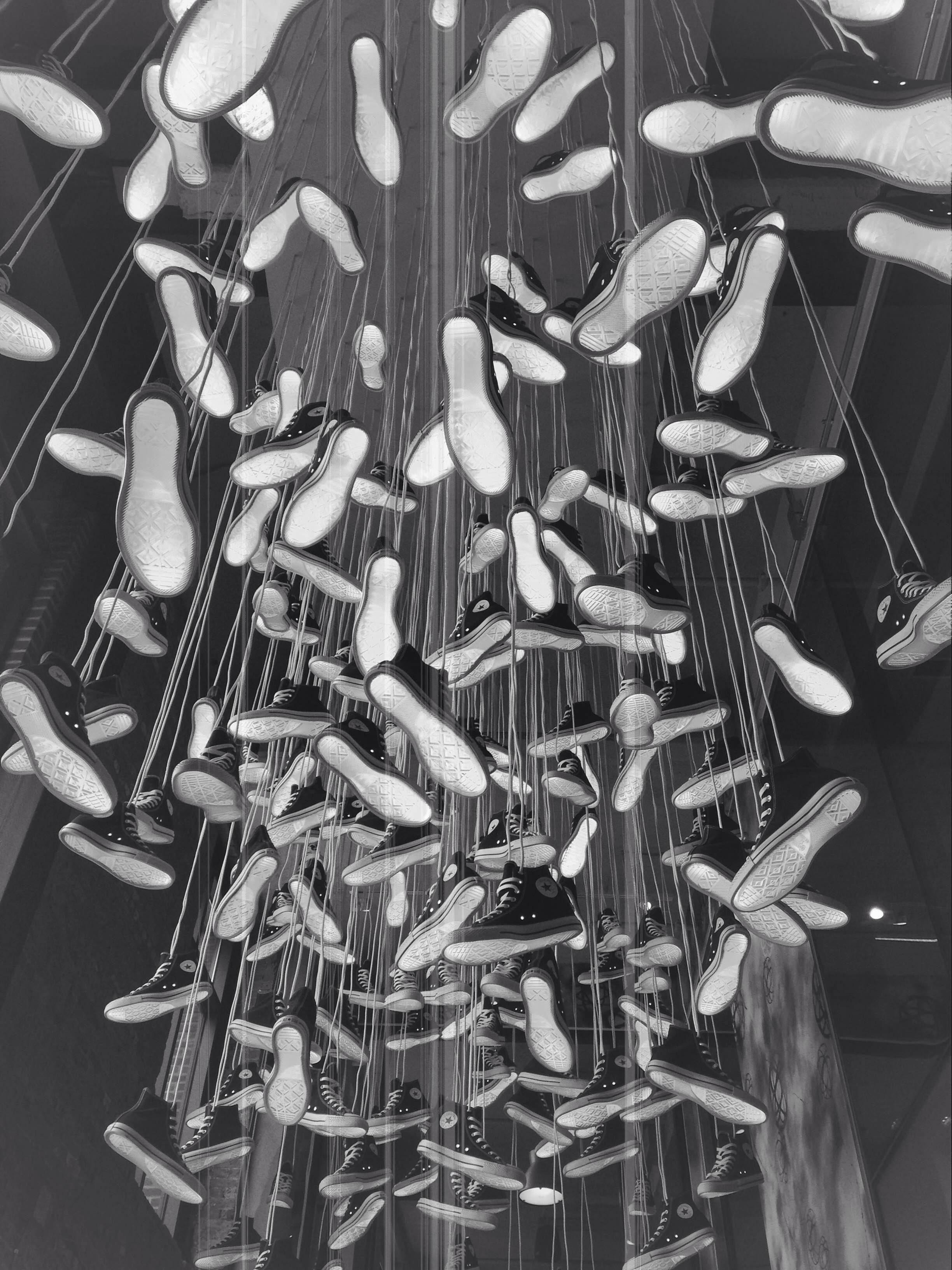 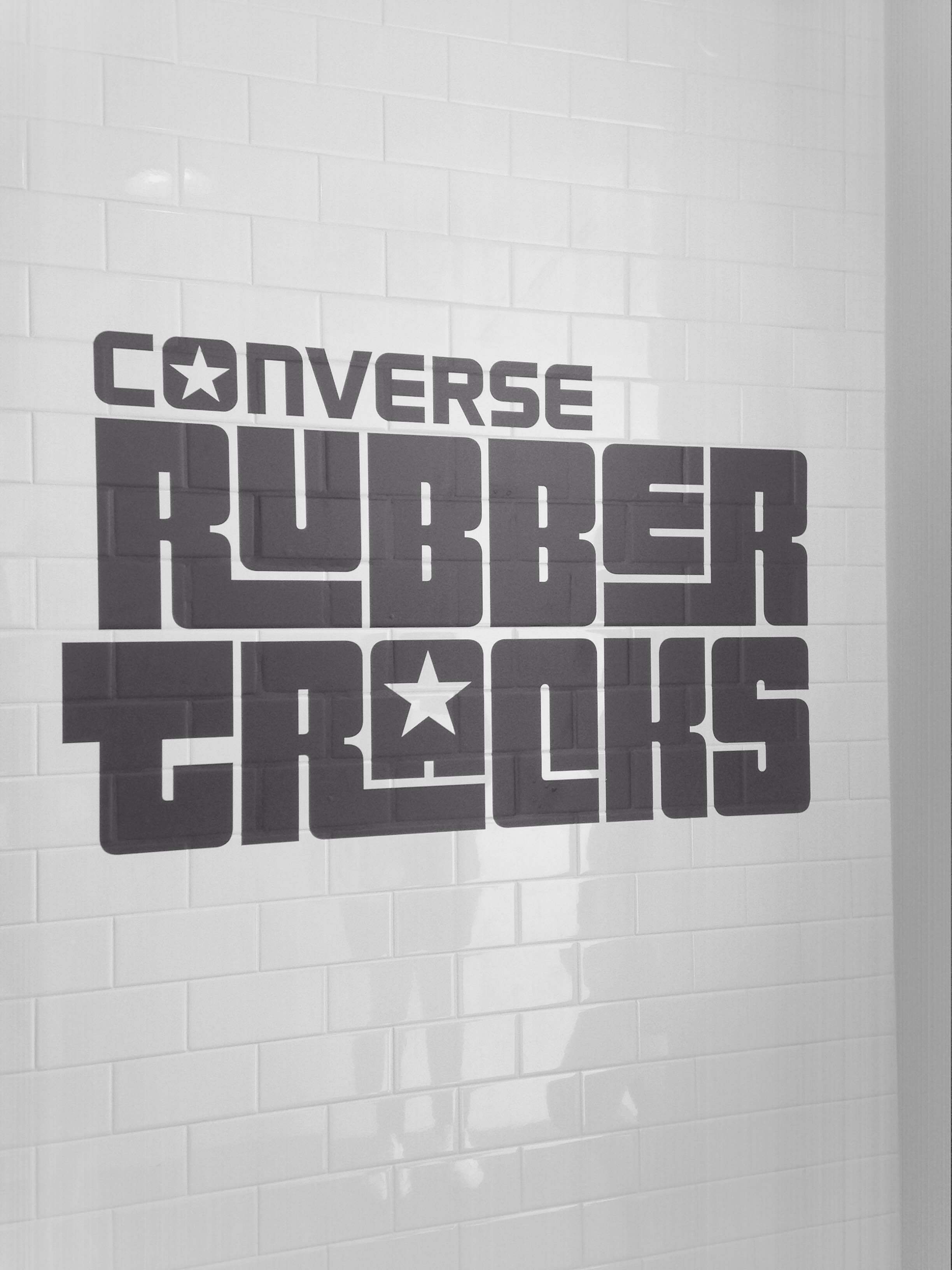 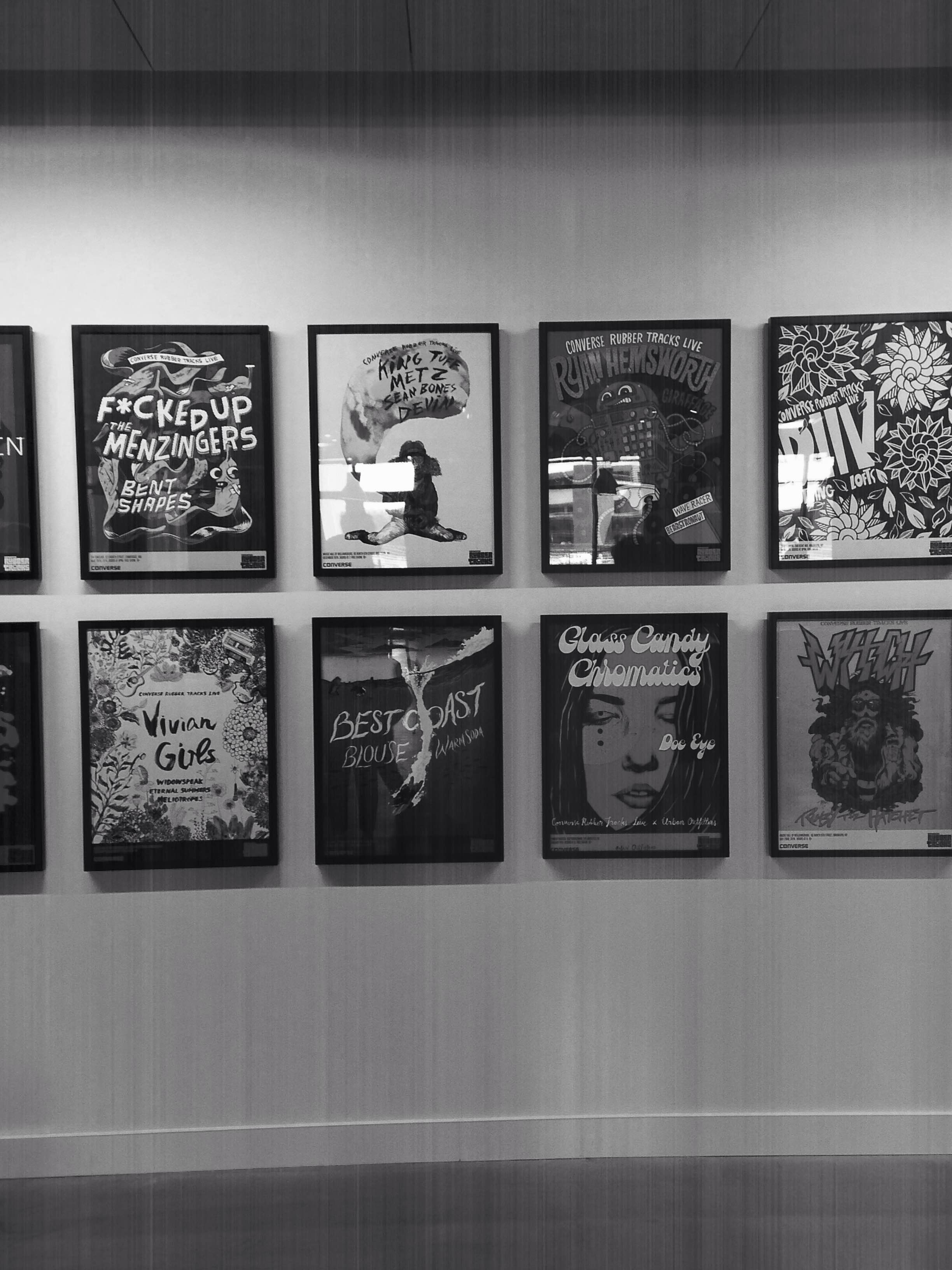 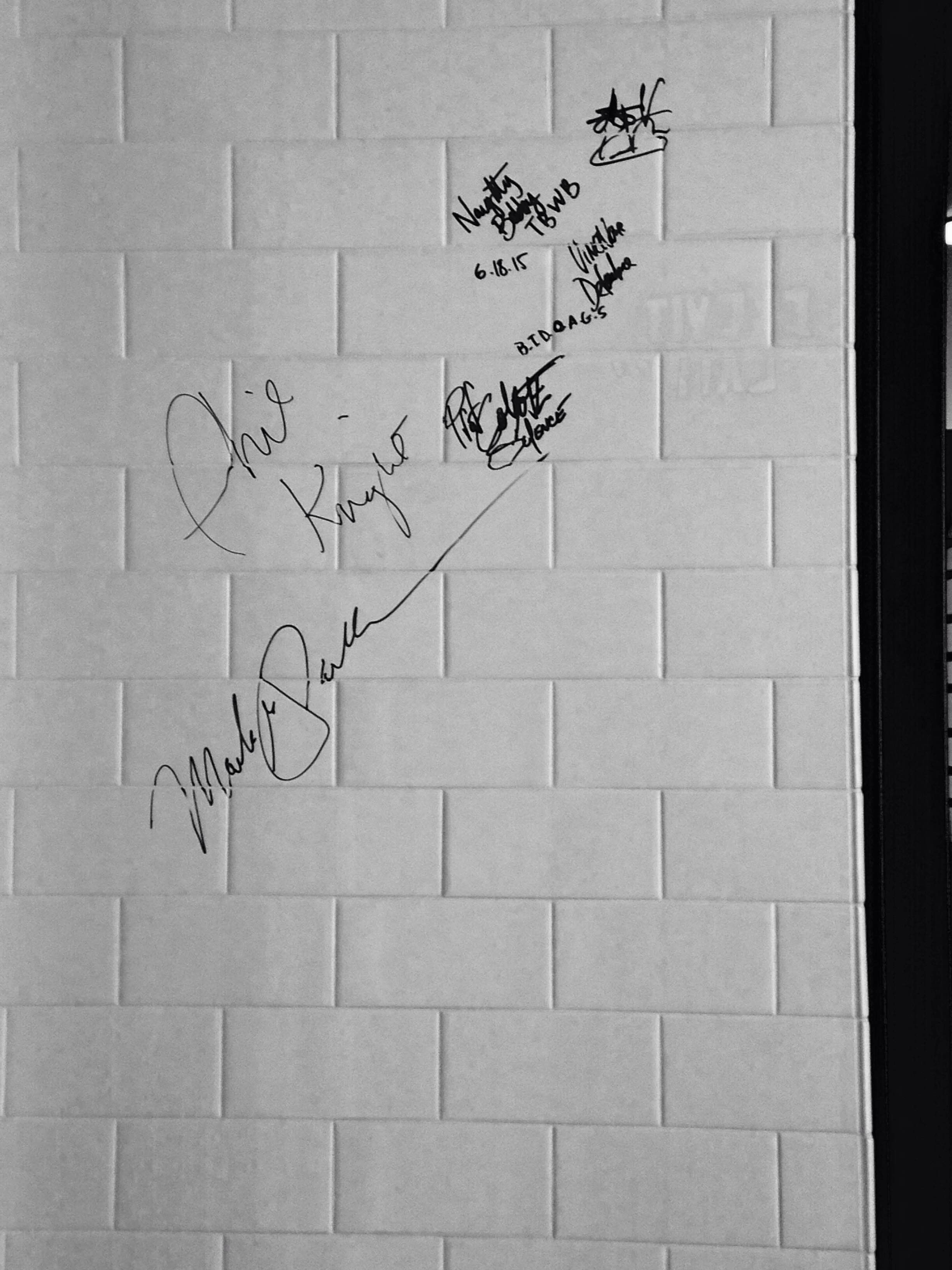 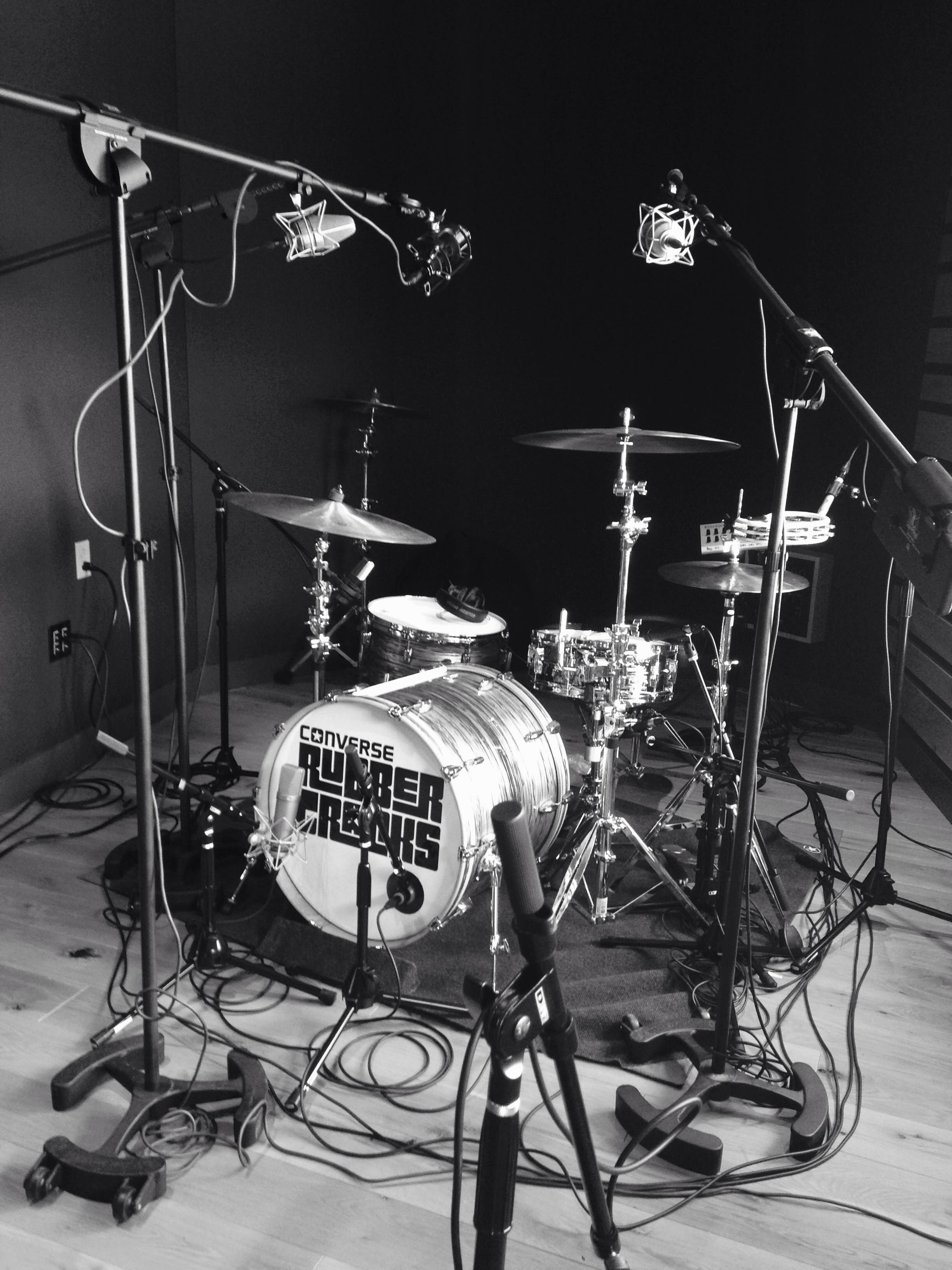 Building of the studio in Boston:

Converse has also just announced they are offering local bands a chance to record for two days at the studio in Boston to three lucky bands and these three bands who are picked will perform at the legendary Newport Folk Festival!

Interview: The Big Sway break down inspiration and process behind their second album