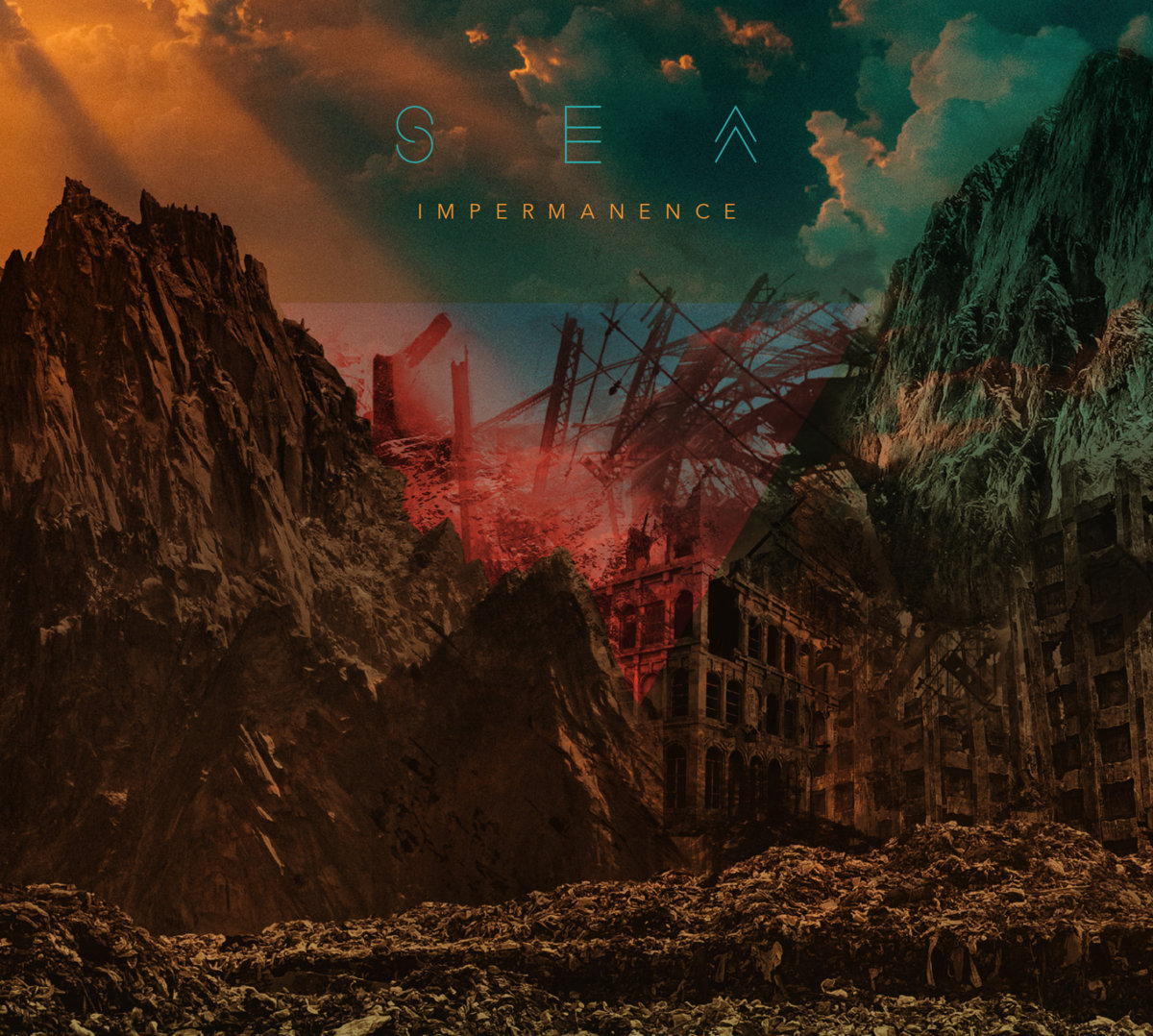 On January 15th Sea released their first full length album, Impermanence, and it was well worth the wait. Over the past five years they have release a string of EPs and splits building on their vision of a heavy psych-sludge filled future. This album is a fully realized and expertly executed outpouring of the band’s prowess. Everything about this album is thoughtfully done. The riffs are heavy, the vocals are haunting, and the artwork brings you into the bleak world they are crafting. The recording and mixing are anything but overproduced. You hear every tube percolating and chord sputter giving the album a welcome warmth and depth.

From the very first riff this album pummels you with fuzzed out chords only to shift seamlessly into sweet, sweet stoner refrains. In “Ashes” this is perfectly displayed. Slow plodding vocals keep pace with wandering guitar lines underscored by some chunky overdriven bass. All this culminates in a crashing swell giving the song and the album as a whole a feeling of being scored for your favorite cult classic movie that never was. Even the following instrumental song “Ascend” sounds like a dreamy interstitial track while our protagonists broods on the hell they are about to bring forth on thine enemies. Leading to “Dust” which is the execution of that burning hate. Watch out for this album to be featured in Mandy 2: This Time it’s Serious.

Impermanence is all around an incredibly well balanced and thoughtful album. The obvious years of hard work and calculated song structure put into this work is so well done. The album is a total journey and it’s hard to believe that it’s all from an independent band willing to put in the blood, sweat, and tears. This album should be an example for heavy bands to come that you don’t need your hand held to put forth your realized vision into the æther. Listen to this album, look at the art, and sink into their heavy vision of the future.