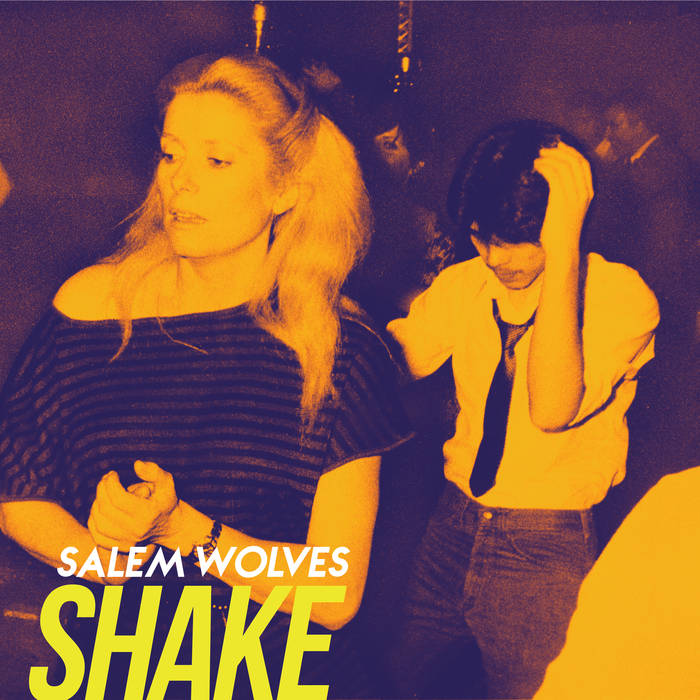 Salem Wolves is back with a new album. The quartet from Boston recently released a 9-song record full of sheer intensity, fiery guitars and riveting words. The album, Shake, is a consolidation of their sound, a bold and spooky one.

The album features some short, blazing tracks, like B.D.F and Shake, which echo the original power trio sound but with a very creative use of electronics. “The studio itself is an instrument” says lead vocalist Gray Bouchard. With that in mind, we should remember that it’s hard to find the right balance between man and machine when it comes the studio. Shake puts it in simple terms: man creates, machine adds.

In Die Like Dogs we can hear the band’s raw side with a wild interpretation of a dark tune. The drummer Eliahu Sussman drives the band like a locomotive drives a train, unwavering and unbreakable. The guitars, a wall of neatly packaged sound divided through the stereo field and the vocals a potent cry of desperation, very evocative in every inflection.

Cindi and Centipede, the two openers, are two strong tunes built on a powerful drum part and an impressive job done by Chris Johnson in the production. Particularly in Centipede, the vocals come alive in a very refreshing manner, playing with depth and delay to create a vivid visual image of where the band stands.

Sanctuary City is my personal favorite track. The song starts out with a funky groove and a gloomy metaphor about a city gone astray.

“King coward and the queen of thieves
Robbed us blind, stole the keys
Took my face, took my name
Left me guessing about the way”

Gray’s performance is very delicate and soulful, a slight turn from the album’s overwhelming energy. This song proves Salem Wolves aren’t meant to be labelled and rather blend genres into something hard to classify; the pursuit of ‘The Sound’.

Moonlight is a glam-rock song that fluctuates between a slow tempo for the verse and an energetic outburst for instrumentals and solos. In between, the lyrics paint another dark, perhaps even hopeless picture:

“It’s the psychopomp whisper
The garden of death
The dreams of distortion
Every night in your bed
The circuits keep humming
The lights growing red
The welcome distraction
From the ringing, the ringing”

The last two songs of the album, Black Books and Reckless & Ready, close off a very balanced LP full of mystery and surprise. The overarching theme of the work being cohesion, Salem Wolves conclude Shake with a stripped down song using the opportunity to exploit more vocal harmonies (predominant and enhancing throughout the CD), and the connection between the band with that last jam-like section.

Salem Wolves is a mature product; a consolidated band with a clear picture of what to do and where to be.