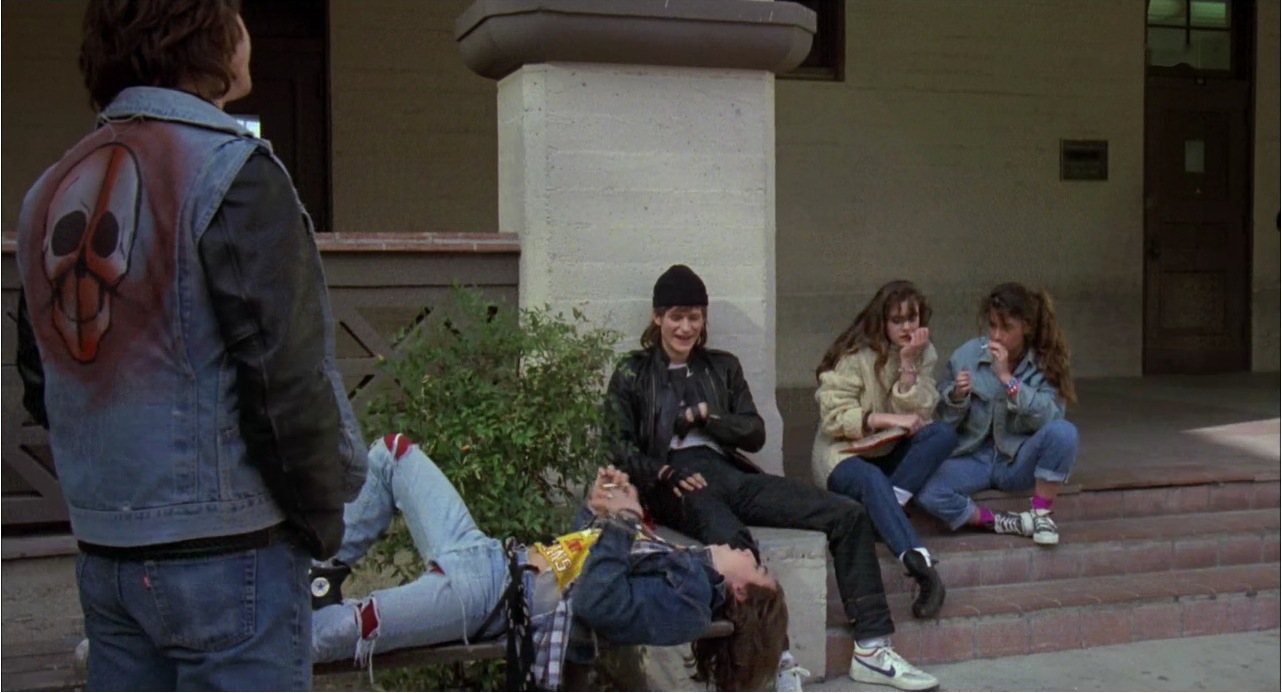 River’s Edge is a bleak fucking movie. Its view of the state of adolescence in the mid-1980s is acrid enough to make Heathers look like Ferris Bueller by comparison, and the suffocating townie shabbiness is about as close as a mainstream Hollywood movie has ever come to the feel of a Harmony Korine film (at least until Korine himself crossed the streams with Spring Breakers). Here’s how dark this movie is: Dennis Hopper’s portrayal of a one-legged drug dealer named Feck, who is “married” to an inflatable sex doll, constitutes a moment of levity. Pretty in Pink it isn’t.

The plot concerns a particularly toxic high schooler named Samson “John” Toilet, who invites his friends down to his favorite spot at the river’s edge to look at the naked corpse of his girlfriend. Numbly, he informs them that he killed her, prompting them to… not do anything. Well, mostly: Matt (Keanu Reeves, still in the “lovable stoner” phase of his career) feels like they should maybe kinda do something, while Layne (Crispin Glover– more on him later) freaks the fuck out and frantically tries to put an alibi together. His freneticism is understandable, as literally no one else– up to and including Samson– seems to feel that any of this is a particularly big deal.

Before I get into the most memorable part of this movie, I want to give credit where it’s due. This is a fine little movie, with a whip-smart script by Neal Jimenez and chilling direction by Tim Hunter (who would go on to direct some of the best non-Lynch episodes of Twin Peaks). The cast is pretty solid all around; in addition to Hopper and Reeves (who delivers possibly the greatest line of his career in a tirade against his stepfather), it features beloved ‘80s it-girl Ione Skye and Near Dark creep-kid Joshua Miller.

But when you think of River’s Edge, you don’t think of any of this. You think of Crispin Hellion Glover, whose performance here not only sets the tone for a career full of capital-E Eccentricity, it accomplishes something I’ve never seen in any film, before or since: it fundamentally changes what the movie’s about. 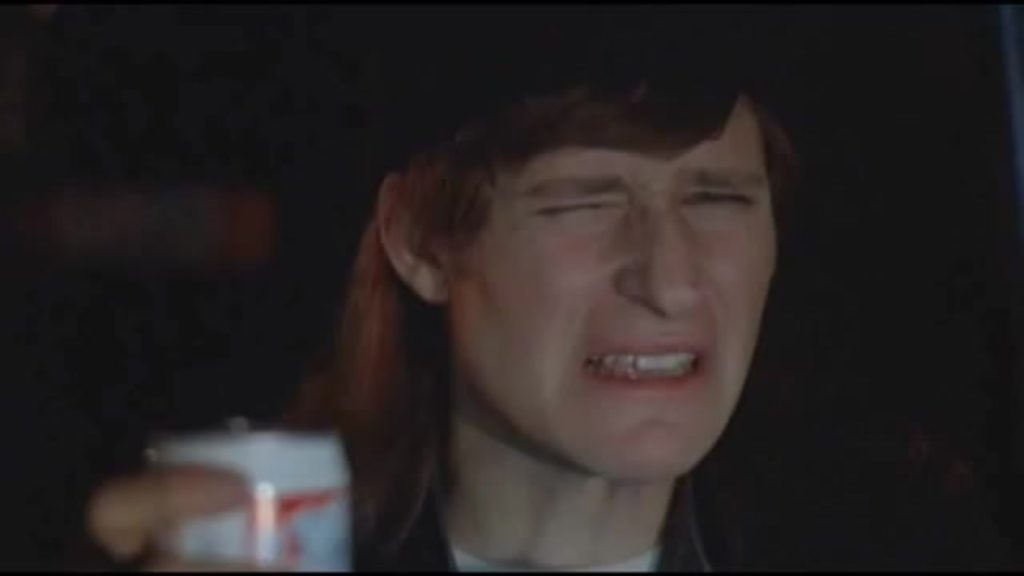 When I say this, I don’t just mean that Glover steals the show (though he absolutely does). Cinema is full of supporting roles which overshadow the ostensible leads; it’s difficult to remember from today’s vantage that Captain Jack Sparrow was the sidekick in the first Pirates of the Caribbean, or that Inspector Clouseau was simply part of the ensemble in the original Pink Panther. But while those roles would eventually come to dominate their respective franchises, Layne is something else entirely.

If you can, try for a moment to separate Layne the character from Glover the actor. On paper, Layne is the leader of the gang, the one whose lead the others follow without question. It’s not difficult to imagine how Layne would be portrayed by literally any other actor on earth: the tough, charismatic ringleader, macho with implied menace, the cracks in the facade (and implied homoeroticism) only coming to the surface in moments of extreme stress.

To put it mildly, this is not the character Glover chooses to portray. In Glover’s hands, Layne is clearly a total weirdo from his first line reading (“Matt! Move your assssssssss!”). Glover’s Layne is a manic, neurotic speed freak, screaming every line and flailing his arms like a tourist trying to communicate in a foreign country. While the circumstances are obviously extreme, it’s not a stretch to imagine that Layne acts like this every weekend.

What’s fascinating to me about this series of character choices is that, by extension, it changes the motivation of every character Layne comes into contact with. It’s easy to fathom why this gang of hoodlums would follow that other, hypothetical Layne; followers follow leaders, after all, particularly those gifted with a dominant personality. Glover’s Layne, on the other hand, is a leader simply by virtue of having any personality at all. His friends, by and large, are too vacant to take any action on themselves, and follow Layne’s gravitational pull for lack of any compelling alternative. Their dull shock has less to do with the horrific nature of Samson’s actions, and more with the fact that he took any action at all; their subsequent inaction becomes understandable, because the idea of any further change is incomprehensible.

I realize this may come off as a dismissal of Jimenez’ script, but I don’t mean it that way at all. These fundamental truths about these characters were there to begin with, but could easily have been relegated to subtext, or, in the hands of a different director, swept under the rug completely. What Glover accomplishes with his performance is to amplify the film’s thesis, exaggerating and distorting it to almost surreal effect. What could have been a subtle exercise in proto-mumblecore becomes something more akin to John Carpenter by way of Kafka. But then, anyone’s life would probably be different with someone like Glover’s Layne in it. Pray yours never does.