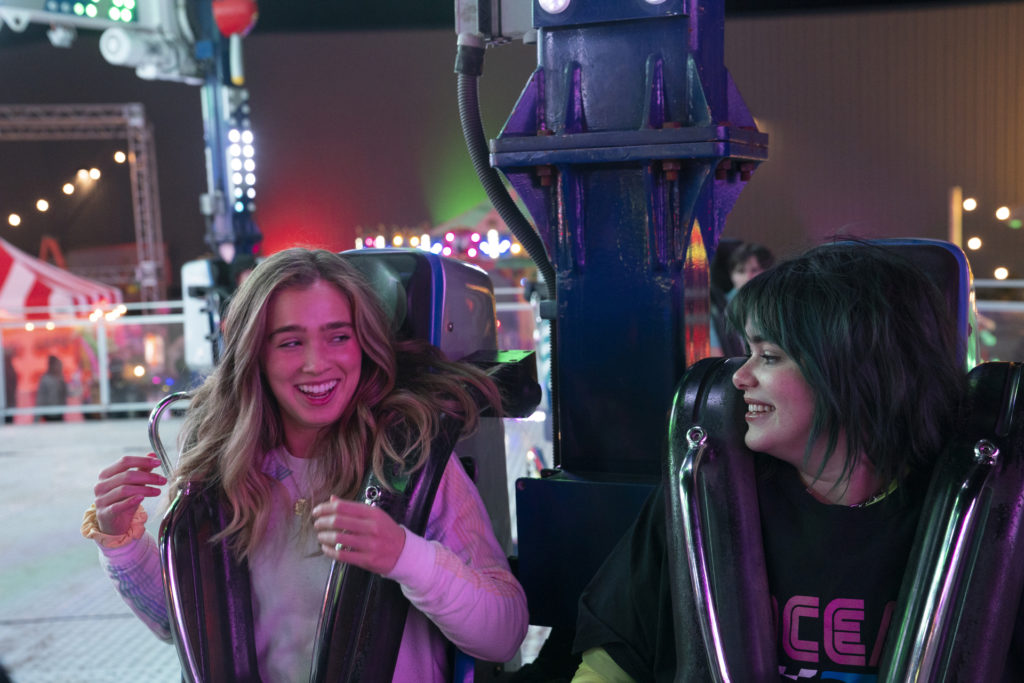 I am reluctant to praise a large corporation’s streaming service, so I won’t. But… HBO Max’s original film selection is starting out quite strong. The first offerings, An American Pickle and Unpregnant, are not perfect films, but both are distinct and feel a cut above the weekly Netflix dump. Unpregnant seems designed to press buttons, but in a fun way that’s not trying to be over the top.

Apparently based on the novel of the same name by Jenni Hendriks, Unpregnant opens with our protagonist Veronica (Haley Lu Richardson) hiding in the school bathroom. She’s waiting for the results of a pregnancy test, one that she has dropped and has ended up in the hands of loner and former friend Bailey (Barbie Ferreira). Though Bailey keeps her secret, rumors start to spread. To protect her Ivy League future, Veronica hatches a plan to travel from her small town in Missouri to Albuquerque for an abortion with none the wiser. Unfortunately, she needs a driver, and only Bailey can provide. Will they make it to the appointment without their parents finding out?

What follows is a mostly over-the-top comedic road trip, grounded by the charming performances of Richardson and Ferreira. Richardson in particular continues to prove she is an absolute star, conveying more emotion in a single facial expression that may seem possible. This is Ferreira’s first feature film, and she turns a stock character into someone with real depth and charm, though she can be a bit grating (like a real teenager!). Make no mistake – this is very much a YA novel adaptation, with all the melodrama, teenage emotion, and plot contrivances you’d expect. There’s a tangent involving Breckin Meyer that seems to have come from a different movie entirely, but Unpregnant manages to get back on track for a cathartic ending.

One might feel compelled to compare Unpregnant to this spring’s drama Never Rarely Sometimes Always, as both feature teenage girls journeying for safe abortions in this country that punishes women for having free will. The films strike such different tones that I could write an entire article doing so – there are many ways to tell an abortion story, and we should have as many as possible. What matters most is that neither vilify the protagonists for having sex, and both are extremely empathetic. Hopefully the vibrant and cheerful Unpregnant can become a success with its target audience still stuck at home.