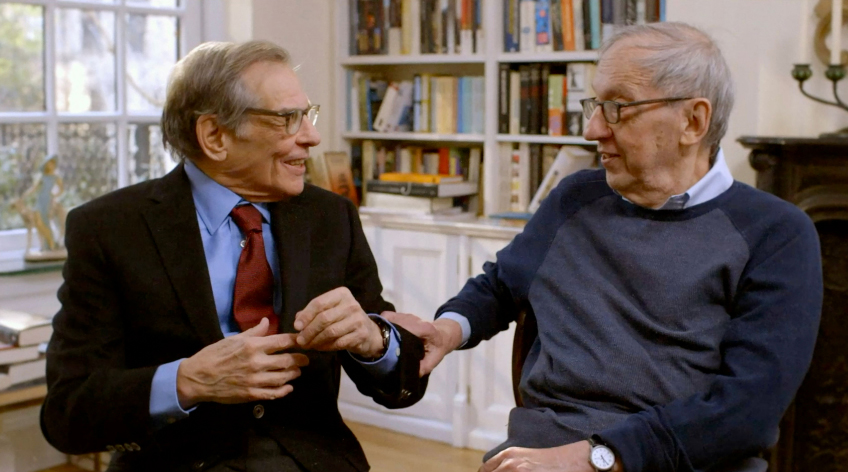 As longtime readers may or may not know, I’m not just a writer for Boston Hassle; I’m also the film section editor, a position I have held since 2015. I’ve spent so long juggling these two hats that I occasionally forget that they are two different jobs. My instincts as a writer guide my hand while editing our other writers’ pieces, and I find myself editing my own work on the fly (case in point: I just this moment inserted a hard stop between those last two sentences, so as to not overuse my beloved semicolon within the first two paragraphs). But two jobs they are, requiring skill sets which overlap, but which are, ultimately, distinct. When suited to each other’s voices, a writer and an editor can bring out the best in one another, leading to partnerships that can span decades.

This is the dynamic at the center of Turn Every Page, the warm and illuminating new documentary from filmmaker Lizzie Gottlieb. The writer at its center is Robert A. Caro, whose 1974 tome The Power Broker is often cited as one of the great works of political journalism of the twentieth century. His principal collaborator from the very start of his career has been Robert Gottlieb, editor-in-chief of Albert A. Knopf, whose editorial hand has guided everything from True Grit to Jurassic Park to the complete works of Toni Morrison (as Gottlieb humblebrags to his grandson while perusing the shelves of the Strand, he even coined the title of Joseph Heller’s Catch-22). For the past four decades, the partnership of the two Roberts has focused on Caro’s sprawling biography of former president Lyndon B. Johnson, the first volume of which was published in 1982, with a fifth forthcoming– god willing. Both men, of course, are now pushing 90, a fact that causes considerable anxiety among their devoted readers. Caro, of course, is aware of the peril of his situation, but he’s nothing if not the consummate researcher; the research for Volume Five will take as long as it takes, deadlines and mortality be damned. 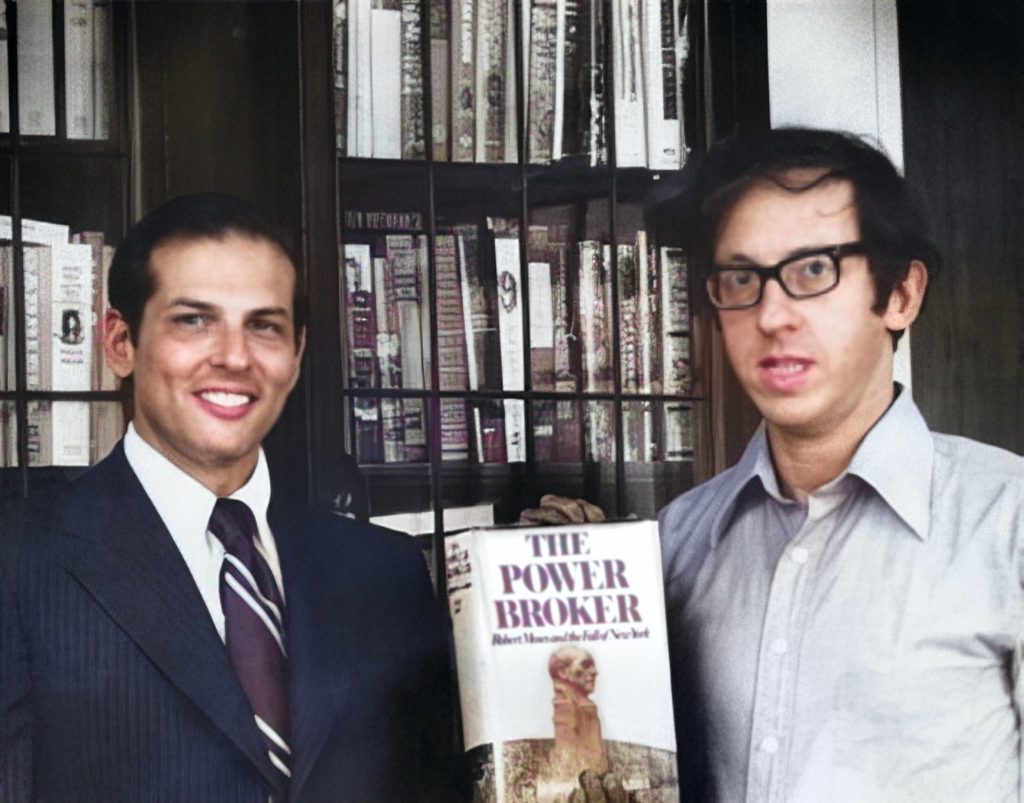 Before we continue with this review, I feel I should disclose that I have never read any of Caro’s books, and was only vaguely aware previously of his legacy as a literary name-drop. Likewise, while I have read plenty of books edited by Gottlieb (the scope of his work is so vast that it’s almost more difficult to have not read something he’s touched), I was unaware of him by name– the thing about editors, particularly literary editors, is that their work is invisible by nature. But director Gottlieb (not incidentally, Robert’s daughter) does an expert job of contextualizing both men’s work through testimonials from talking heads (including Caro superfan Conan O’Brien and former president Bill Clinton, whose books and memoirs have all been edited by Gottlieb) and by placing them within the vibrant New York literary community that birthed them. Prior to watching, I would have laughed if you told me that there was a world of readers clamoring for the fifth volume of a biography of LBJ; now I lay awake at night hoping that Caro gets to finish it.

Of course, a documentary made by the daughter of one of its subjects can hardly help but be personal, and it is the younger Gottlieb’s clear affection for her father and his friend that makes Turn Every Page as winning as it is. Both men are classic characters of a New York which probably no longer really exists, at least in the form that forged them– the New York of the New Yorker (for which Gottlieb briefly served as Editor in Chief in the late ‘80s), highbrow yet self-effacing, equally at home in a Michelin-starred French restaurant or hunched over a booth at the corner deli. It seems fitting that Caro founded his career on a biography of the man who built New York; he, as a writer, could scarcely have been built anywhere else. 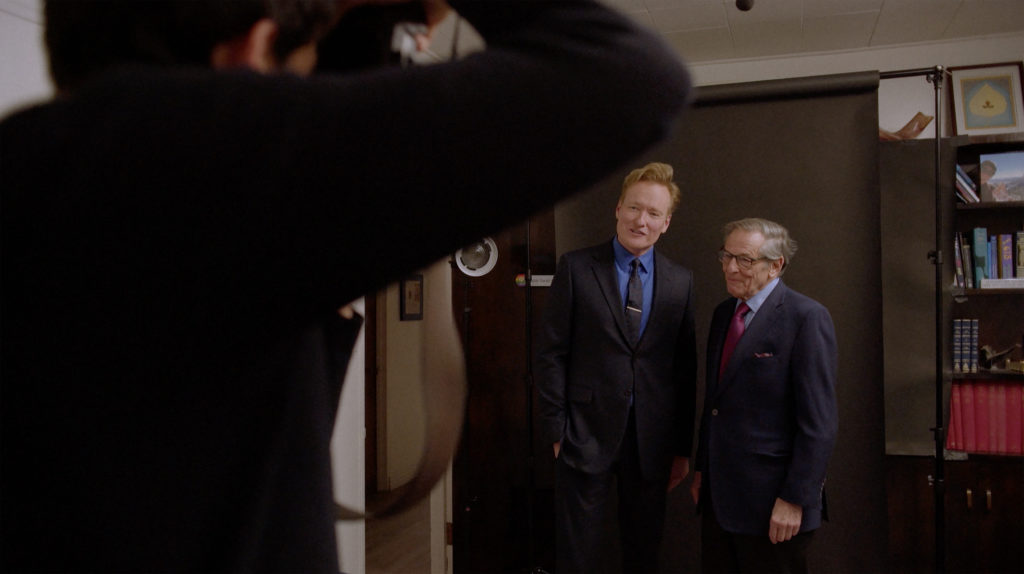 Turn Every Page is, at its core, a buddy picture. Though its two subjects don’t share a frame until the final scene (they seem to agree that the editing process is something both private and sacred), one gets a clear sense of their relationship; as Gottlieb succinctly puts it, “He does the work. I do the clean-up. Then we fight.” What’s interesting about the dynamic between the two men is that their personalities seem at odds with their public roles. Caro is of course, the “celebrity” of the two– he’s the name on the book cover ostentatiously placed in every politico’s Zoom background– but the man himself appears to be the pleasantly quiet type, contenting himself to pore over papers in the LBJ library from morning ‘til night for decades on end. Gottlieb, meanwhile, despite being the silent partner, proves himself to be a larger-than-life personality, rattling off anecdotes from his astounding life while busying himself with a series of eccentric hobbies (he is the world’s preeminent collector of vintage plastic women’s handbags, much to the clear chagrin of his wife). One can only imagine the hell they’ve put each other through, but the results, and the longevity of their working relationship, speak to their compatibility and friendship.

If there’s a shortcoming to Turn Every Page, it’s that it has the misfortune of being released so soon after All the Beauty and the Bloodshed, a film about a similarly epochal artist (and a very different kind of New York character) which manages to go beyond its subject and position itself as a story about the world we live in. By contrast, Turn Every Page feels at times reluctant to make too much of a statement beyond its twin stars, which is curious considering the inherently political, at times explosive nature of Caro’s work (in one of the film’s more dramatic moments, Caro relates how, through old-fashioned shoe-leather reporting, he more or less proved that LBJ’s career was built upon a stolen election). A great documentary has the power to equal and build upon the work of its subject; this one is content to remain a supplement and primer.

But, again, as someone previously unfamiliar with the work of Caro and Gottlieb, a primer was more than welcome. Turn Every Page captures not only the passion that drives a great writer, but the thrill that comes from reading one– which, as Gottlieb points out, is essentially his job. The sheer talent that radiates from these men, and the palpable enthusiasm of their fans and colleagues interviewed is infectious. Speaking personally, the inspiration I took from this film is threefold: as a writer, it energized me to go further; as an editor, it reminded me of the joy of being the first eye on a brand new work; and, as a reader, it made me want to go out and pick up a copy of The Power Broker. I’d call that a win all around.

Another festival opens with the horrors of motherhood and VHS collections