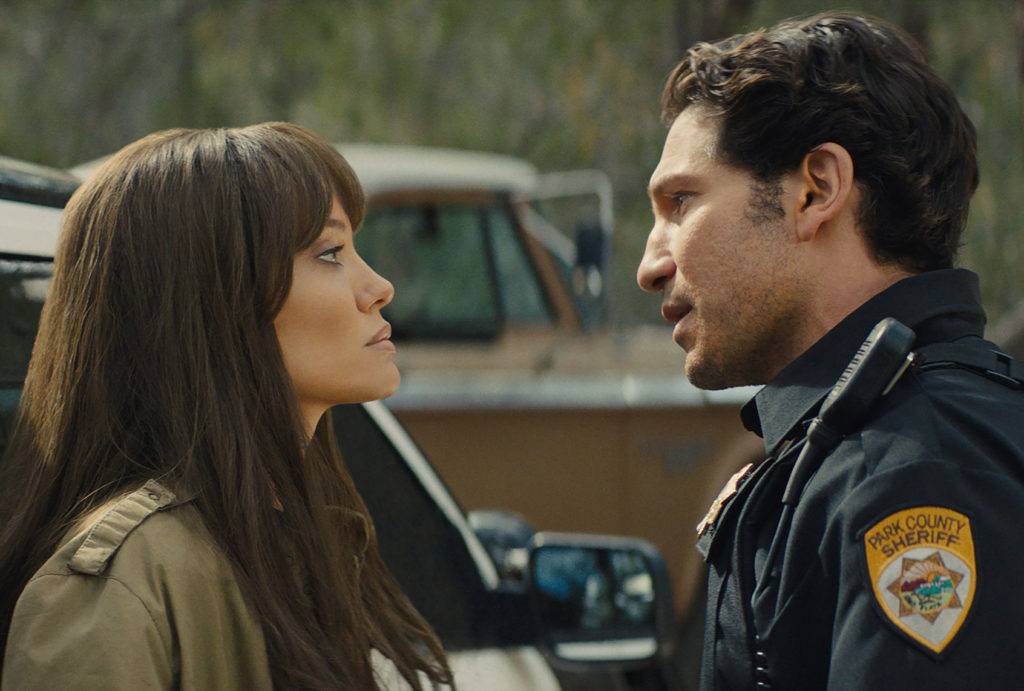 Once upon a time you could sell a film on a star’s name alone, no IP necessary. In fact, most movies operated on the power of “movie stars,” a concept that is fading faster than the franchise viability of YA novels. Those Who Wish Me Dead, directed by Taylor Sheridan and starring Angelina Jolie, is in direct opposition to most of WB’s 2021 slate, which includes a Space Jam sequel and another Suicide Squad. It is a tight, tense thriller set in the Montana wilderness with standout performances from Jolie and Jon Bernthal. This is a star vehicle marketed on Jolie’s name alone, though Sheridan’s massive success with the TV show Yellowstone certainly doesn’t hurt.

Angelina Jolie’s live-action performances have been few and far between in recent years. Outside of the Maleficent duology, her only non-voice role since 2015 is a film called Come Away that apparently came out last year. Not sure what’s up with that one. Jolie proves we need her face on the big screen with the role of Hannah, a daredevil smokejumper suffering from PTSD after a rescue mission gone wrong.

The film opens introducing its villains, two professional assassins played by Aiden Gillan and Nicholas Hoult. They’ve killed a district attorney and blown up his house on the orders of an unknown individual– unknown to all except forensic accountant Owen (Jake Lacy), who knows he is the next target. He hits the road with his son, Connor (Finn Little), in an attempt to escape the assassins, but is unsuccessful. Owen dies and Connor must escape into the forest on his own. Meanwhile, in an introduction that recalls Spielberg’s Always, Hannah (Jolie) pulls a reckless parachute stunt that draws the ire of new sheriff Ethan (Jon Bernthal), landing her on lookout tower duty. Slowly, these disparate characters come under threat of the assassins, who have started what promises to be a raging forest fire.

Ethan’s pregnant wife Allison (Medina Senghore) is introduced in a stereotypical “worried spouse left at home” role, but an encounter with Gillan and Hoult reveals her true survivalist nature. The film’s ingenuity comes from leaning into cliches just enough to make you think you know what’s coming before pulling the rug out from underneath you. When Hannah finds Connor, she’s not sure how to care for him. Though she protects the boy, Hannah is not nearly as maternal as the tropes would normally decree.

Though Jolie is, of course, one of our few remaining movie stars, the best performances come from Bernthal and Senghore. Both get extremely striking standout moments, vicious confrontations with the assassins in totally different ways, adding to the red-hot tension of the film. This is a theatrical experience, though many, like myself, will likely watch it on HBO Max. Many won’t realize how much they miss a real movie star action flick until they see Jolie doing what she does best, facing off against two killers in the orange haze.

Now in theaters and streaming on HBO Max until 6/13