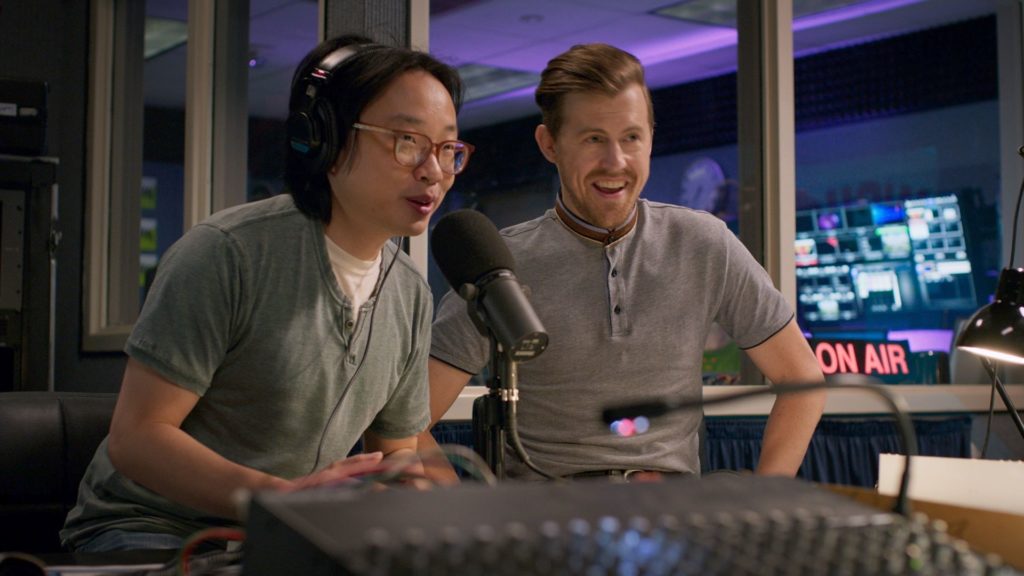 Thanks to Netflix’s hustle, I’m more acutely aware of the mindfulness that precedes a comedy special. I can no longer see stand-up as the singular act of banging joke after joke (though nothing should temper its importance as a prized skill). Being able to read the room, knowing how to string bits together, and curating the right expressions is a Broadway-tiered performance, if  it’s a good one. Instead of caving in to another John Mulaney rewatch, I can appreciate the many gems (mainly female and/or POC) that are available, so much that you can cast your line and expect to catch a pretty good hour. (Just don’t applaud Netflix yet.)

At 33, Jimmy O. Yang is part of the next legion of comedians scrambling to find some footing on the cliff of longevity. After Silicon Valley, Crazy Rich Asians, and his newest special Good Deal (available on Prime), Yang is learning to adjust his centering under the spotlight. Here in The Opening Act, he is Will Chu, an insurance agent from Ohio who is trying to hit it big in the comedy scene. But for him, comedy didn’t come without tragedy. The beginning scene, an introductory sequence reminiscent of Up, shows that his household was filled by the anecdotal noises of Sebastian Maniscalco, Wanda Sykes, and Jim Gaffigan with the same rhythmic plot propulsion as “Married Life.” He loses his parents by the time he is an adult, but has doubtlessly let that motivate him to tell jokes past the manager’s cue to get off the stage.

Riding on his comedian fellow Quinn (Ken Jeong)’s recommendation, Will scores an emcee job in Pittsburgh. There, he’ll open for longstanding veteran Billy G (Cedric the Entertainer) and post-frat Chris Palmer (Alex Moffat) for a few nights. It’s truly a pretty sweet gig that seems to be only given on a stroke of networking luck, and an opportunity that Will would be remiss to fuck up. But according to director/writer Steve Byrne’s plan, Will will have to fuck up to make this story believable. 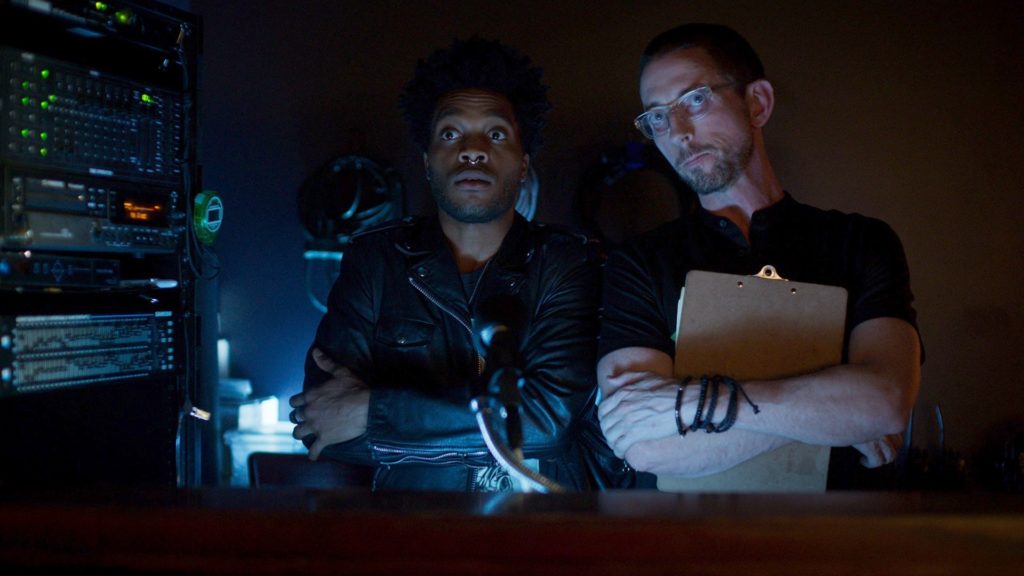 Byrne, a comedian who grew up in Pittsburgh, set the bearings of his career onto Yang’s character. What makes The Opening Act an interesting take is that Will Chu loses. Like, a lot. He bombs a lot more than one could feel comfortable witnessing. He is flustered when locals hound him during his set, he tells jokes misaligned to the situation, and he kinda sorta resembles the very small fish in a very average-sized pond. The only people who truly understand, unsurprisingly, are the other comedians.

It feels out of place to criticize a personal experience in a field that I could never know, but the filmmaking technique falters in eliciting laughter from the characters, who, for reiteration, are comedians. In a coincidental mentoring session, Billy contemplates, “I used to make [the audience] laugh so that I would feel good, but I learned that I make them laugh so that they feel good.” True to his word, the camera spends an extraordinary amount of time focusing on non-speaking characters snickering at punchlines. There’s also a lot of shots of random women passing by. Cinema-wise, this is confusing. But in the limited number of Yang’s comedy schticks I’ve seen in which he initiates his next segment with “I went on a date with this chick…”, it’s sorta on brand.

Maybe there’s a loss in translation between Byrne’s vision and the product, or between the marketing mirage of comedy and a coming-of-age (or career). But I don’t think much can be excused about Will’s “turnaround” when he aggressively heckles a woman who was talking on her phone during his set, plainly except that there are people who would find that funny or relatable. Maybe in a not-so-clear final note, I’ll equate this film’s delivery to Bill Burr’s (who features here as Will’s boss) controversial SNL monologue last week where he, a cis-het white male, complained that Pride Month is too long, considering the fact that the community wasn’t “enslaved.” Honestly? Not a surprising take from him. But it is disappointing that his on-the-nose Sam Adams skit was overlooked.