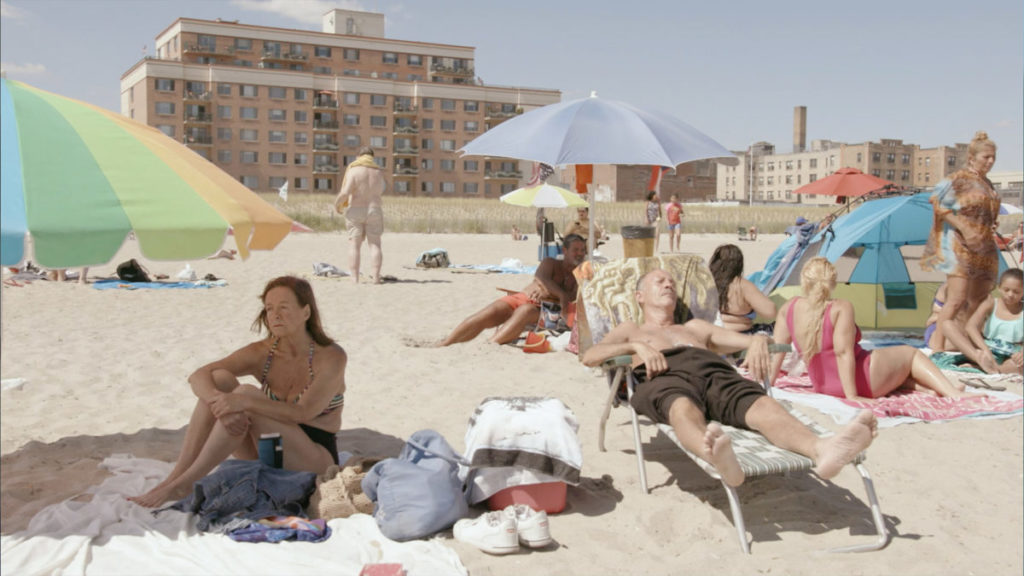 The future is happening whether we like it or not. Whether one second or one year, it’s coming. Brett Story’s The Hottest August attempts to challenge our view of the future. Is our collective view postive, negative, or a mix of both? Does a generational gap have any kind of reflection of our hopes and fears? These are just a couple of the observations I took from the film; however each viewing can gather a different response.

The film takes place during August 2017, less than a year into the reign of a new president, whose looming unpredictability casts a shadow across the country, and, more specifically, New York City. It switches from observational cinema to talking heads, with a minimalist narration bookend. The talking heads are more talking bodies – we see people answering the overheard questions as they go about their day. There’s a wonderful moment when the camera is rolling and someone asks if they’re in the way, and then we hear “Would you like to answer some questions?” It’s a great revelation that all of these people walk by us on the streets every day, and all we have to do is open a conversation.

For a film about the future, there’s some stunning imagery with a color palate that resembles the apocalypse. Warm and orange tints are the primary colors in nearly every frame. The framing is postcard-like. Heat wave or fog, there’s a character to the environment that becomes visible. Each shot is focused, and static, and gives the audience time to soak up the moment. It’s fascinating how the frames feel asymmetrical, yet so centered and even. Even the shots as simple as two friends on a beach are gorgeous enough to see this on a big screen. 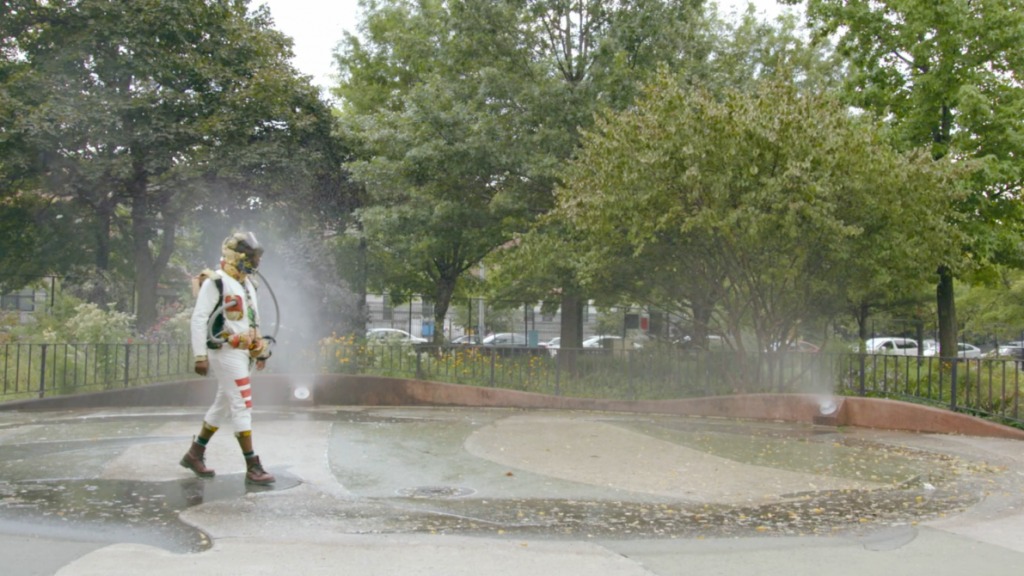 A gorgeous shot from The Hottest August

People featured in the film range from younger kids skateboarding in a park, to a recent college grad at a beach, to three old buddies at a bar, to an older couple hanging out in their garage – each with a unique story and perspective. The hopes and fears of the interviewees show a pattern of humanity. Regardless of stage or status in our life, we all have a shared connection with each other. There’s a terrifying uncertainty of the future that connects us all. There’s a wonderful interview with three buddies at a bar. It starts to lead into discomfort, but in the end veers back to the major theme of human connection.

One of the most defining moments of August 2017 is seen on a corner TV at a laundromat: the rally in Charlottesville that prompted a white supremacist to drive into a crowd of peaceful counter-protesters, injuring nearly thirty people and killing one. Not even a year into the presidency, and a tragedy such as this can just happen in the background. It’s no wonder the future is feared by some – with so much negativity in the world, it’s become common. One young graduate in the film shares her thoughts of not being able to live out her fullest life with the climate declining so heavily. Racism, climate change, privilege, violence – issues that will still face the country long after this August. The title The Hottest August I took to mean the looking ahead to the new season, a bittersweet one. Cold yet beautiful, harsh yet sweet.

The film doesn’t answer questions, but simply asks more, and gives you time to reflect. It’s easy to see yourself in one of the many characters, and just take in the beauty of a city. Despite the dark times we live in, there’s beauty in the world.

Screens 10/7 at 7:00pm at the Brattle Theatre
Filmmaker Brett Story will attend in person for Q&A
Presented by The DocYard