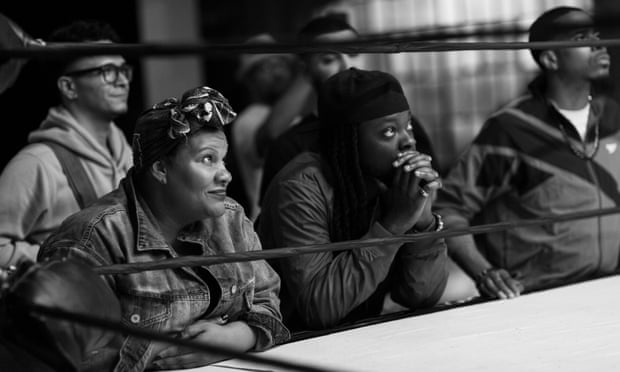 What significance does turning forty have for us? Nothing, I thought, but Judd Apatow’s fascination with the quadrudecade-landmark may have instilled meaning into Radha Blank’s cinematic debut, The Forty-Year-Old Version. Despite the (intentional?) wordplay, Steve Carrell’s misadventures head south for a sexual touchdown, while Blank’s oppositely cardinal direction tries to push past her current comforts without compromising her identity. In FYOV, her looser biographical bits are knitted within this critical-age vicissitude, proving that we can never be done with growing pains.

Blank stars as a fictionalized version of herself, an NYC-based playwright named Radha who is imprisoned by potential that seems to be waning by the year. A previous recipient of a 30 Under 30 writing award, Radha now feels that her waking hours hit differently as she draws closer to her fortieth birthday without anything to show. Her personal trench warfare includes instructing a writing class for teenagers keen on writing a fertilization-based musical and barricading her plays from the hands that’ll mishandle the narrative — so much so that she’s willing to choke out the elderly, white neck of a Broadway producer who seems far too comfortable in calling out “minority misrepresentation.” And so she indeed does, with little regret.

“Poverty porn?” Radha asks herself, her students, and her best friend Archie (Peter Kim). Is that the only way her work as a Black woman can be recognized and acclaimed? FYOV doesn’t exactly spell out whether works like Jeremy O. Harris’ controversial Slave Play would presume to be a successful hit among non-Black audiences. Or that “harmlessly” suggesting to a POC playwright that they should make the next H******* without directly saying it doesn’t deserve an exasperated sigh. Whatever is explicit or implicit, Radha refuses to mold her play, Harlem Ave, to the experience that others think it should be. In a fit of post-choking anger, she returns to her old interest in rapping. After hitting up D (Oswin Benjamin), a producer who is compelled by her spit game, RadhaMUS Prime is resurrected again. 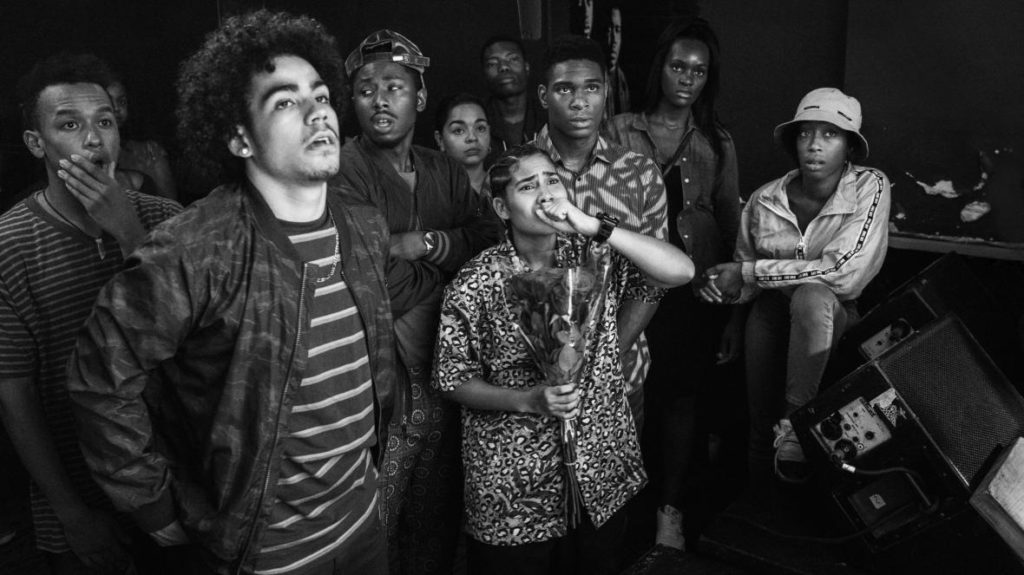 FYOV lets Radha fumble with grace, crack her knees after a moment of sincerity, and earnestly argue for a space that doesn’t make sense. Its offbeat humor and veracity are a quieter pitch than the mumblecore’s conversational protocol in sentence trailing and frantic gesturing. Again, despite the film’s choice of B&W coloring, its allowance of held words and masqueraded glances should prevent one from calling this a Frances RadHa. The story creases in unexpected ways; from the beginning, we see that Radha has been procrastinating from facing her mother’s death. But in a lull of pained awkward conversation, D states that his mother passed away. Radha decides not to share her mother’s death, later explaining that he must be tired of hearing people add to the dead mothers list. There is nothing quirky or falsely polite here; Blank skillfully layers this sparse conversation into a wistful development for her character.

For all of the mentioned seriousness that propels FYOV to a braver type of storytelling, the review would be vacant if I didn’t mention the many funny parts that amount to the essence of a community that loves her. Her class of teenagers are incredibly supporting, silly, and charismatic (is it fair that one movie could behold such powers of RadhamUS Prime and cliTaurus?). The usage of “soy milk in the bodega” will certainly find its way into our verbiage of gentrification and white neighborhood saviors. And yes, Radha’s reactionary nature toward the shit that flies her way is succinct enough to compose the unspoken, and sometimes un-rapped, words. Spectacularly, FYOV‘s two-hour-run feels like a New York minute, championing in the efforts for the audience to know that her Forty-Year-Old Version isn’t the final version, but a better one than yesterday. But when the next version comes, we’ll be ready.