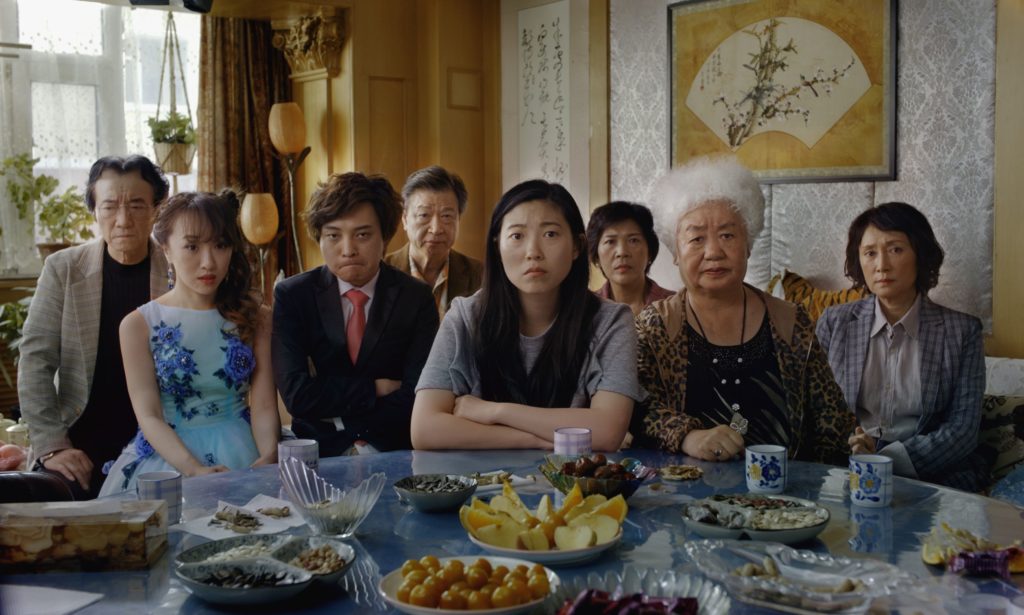 A24 has put out another winner. Lulu Wang’s The Farewell is a tight family drama with a great score, gorgeous imagery, and understated but brilliant performances. The film, though emotional, never feels forced or overly dramatic just for drama’s sake. You can just lose yourself in the environment, characters, and some of the most sumptuous looking meals put on film.

The film starts with a simple statement: ‘Based on a true lie.” We meet Billi (Awkwafina, far better here than she was in Ocean’s 8), who learns from her parents (Tzi Ma and Diana Lin) that her beloved grandmother, Nai Nai (Zhao Shuzhen), has terminal lung cancer. The family has decided not to tell her, as they do not want her to worry about it. Billi is initially horrified, but is able to keep up the charade when she arrives in China, despite her parents believing that she could not handle it. The family is gathering at Nai Nai’s for Billi’s cousin’s wedding, which is used as an excuse for everyone to see Nai Nai one last time. What follows is a mildly farcical family gathering, one that examines the differences between China and “the West” and why Billi’s concerns may not matter compared to the family’s belief.

It can be difficult to talk about a film that’s just very good without spoiling the story, especially a film with a premise such as this. The Farewell is in many ways impossible to spoil, as much of its power comes from the visuals and performances over the ‘plot.’ Zhao Shuzhen should be at the top of everyone’s Best Supporting Actress lists, as the film would break down if you didn’t fall in love with Nai Nai immediately. In her American film debut, Shuzhen fully channels the film’s joy and anxieties, especially in her scenes with Awkwafina. I was also impressed with Diana Lin, who turns the role of Billi’s mother into something truly compelling to watch. Overall, The Farewell is one of the finest films of 2019 thus far, and I would not be surprised to see it showered with awards come this winter.