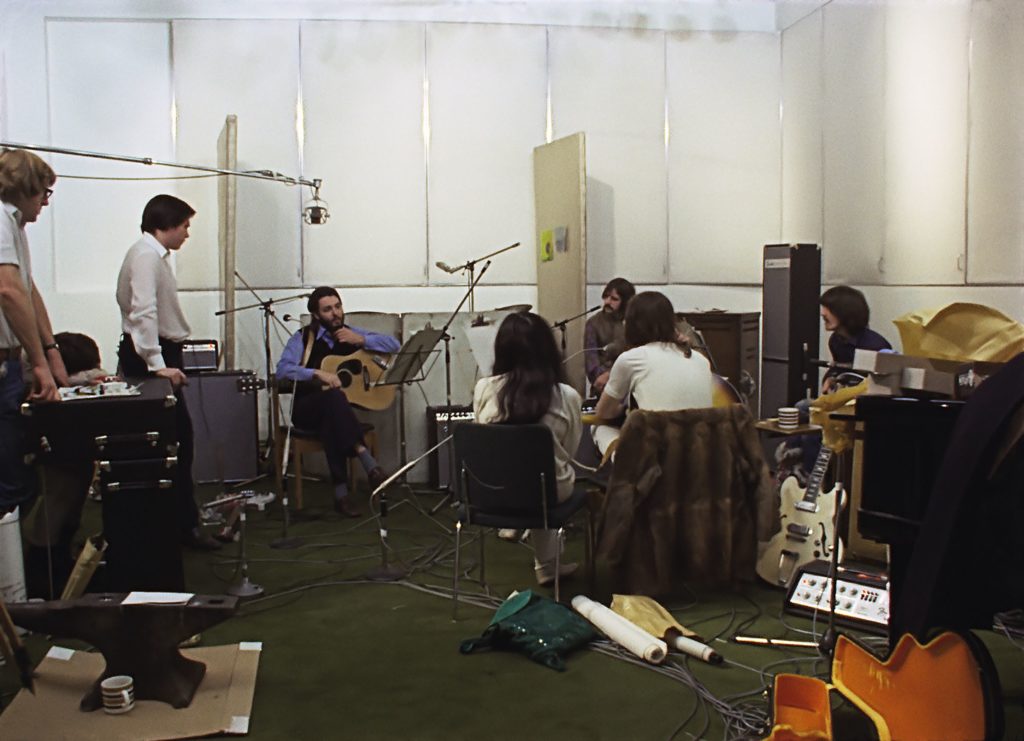 Peter Jackson’s The Beatles: Get Back could almost be read as a music documentary satire. It begins with a perfect setup: the Beatles have two weeks to write a new album before recording it live with an audience by the end of January, 1969. The concert and rehearsals will be filmed for a TV special, under Michael Lindsay-Hogg’s direction. The premise guarantees a strong narrative trajectory: clear buildup and payoff framed by the suspense of a looming deadline. What we see in Get Back, however, is the steady deterioration of its own story, as the form of the project, and ultimately the entire Beatles enterprise, are called into question. Jackson maintains his ticking clock device, and a calendar counts down the days — but to what? John, Paul, George, and Ringo can’t agree on what they’re producing, and Lindsay-Hogg hasn’t the slightest idea what he’s directing.

“We’ve got a movie about smokers, nose pickers, and nail biters.” This complaint that Lindsay-Hogg aims at his own material could easily be lobbed at Get Back, which transposes his sixty hours of footage into a three-part, eight hour film. Jackson’s edit is shaggy. It rests in the in-between moments of the band’s stop-and-go process. Joking, riffing, killing time, talking around their problems — these things occupy as much space in the film as writing and recording music. Duration is a crucial element of Get Back, which develops shape not from a classic plot, but from modulations to the characters’ environment. By sitting through the banalities of each rehearsal, we pick up on changes in the group chemistry and the energy in the room. We feel everyone loosen up after the production moves to Apple Studio, and sense the band coming together when Billy Preston joins them on keyboard. We also ache under the strain of the team’s circular conversations that bring them no closer to resolving their disparate visions for the project. 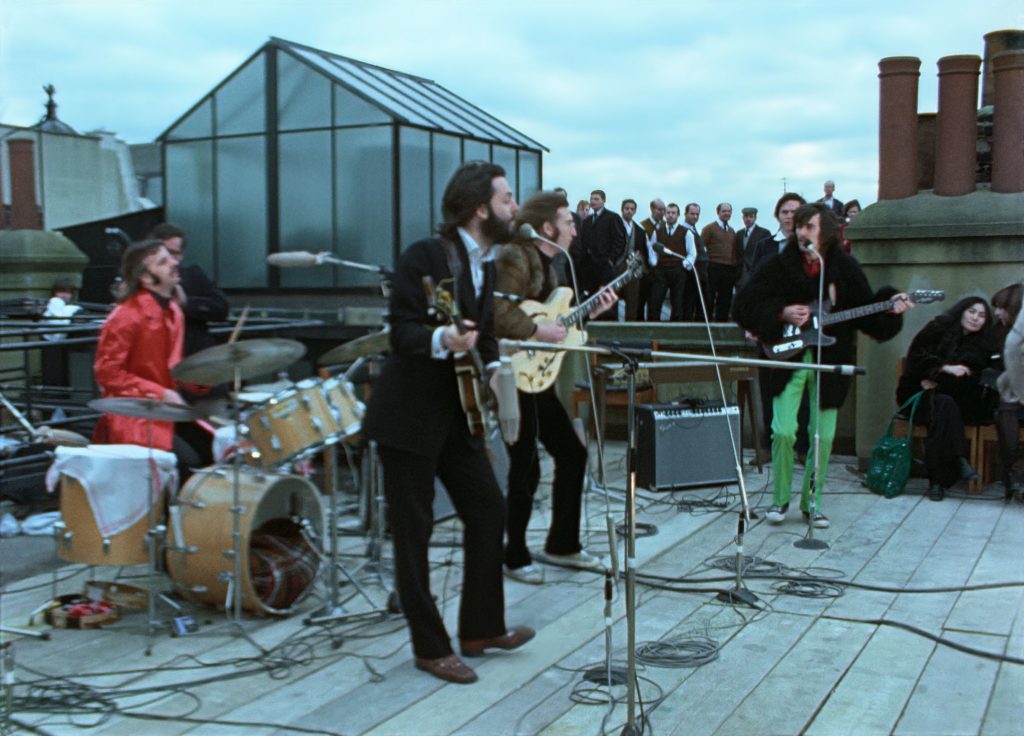 Jackson largely lets the archive speak for itself. No voiceover or interviews interrupt the flow of scenes. The directorial hand is palpable nonetheless, and lights up moments that might otherwise escape our attention. As John and Paul struggle to find harmony on “Two of Us,” tight edits between their faces steer our interpretation of the song’s lyrics. Another sequence invokes the Beatles’ time in India; Jackson weaves in the band’s footage from Rishikesh as they recollect their trip, lifting us out of the studio and into a place of memory and imagination.

But the greatest editorial feat is saved for Get Back’s ironic finale: a public performance that no one can see. Jackson orchestrates an elegant dance between the perspectives of ten different cameras to conjure the Beatles’ rooftop gig and the hubbub it causes on the street. For a stunt that’s sole objective is to provide narrative catharsis, its impact is rather ambiguous. Londoners offer a range of reactions, but are united in their confusion; with no clue what the band is up to, the concert is mostly a strange surprise. Meanwhile, the film audience is subject to an overload of context. Having followed every step along the winding road to the rooftop, we can recognize the scene for what it is: the movie’s final attempt to cure its own creative crisis. There’s a comic, subversive brilliance to this anti-resolution, and the film’s clever deconstruction of what a documentary should be.

Tags: Disney Plus, George Harrison, Get Back, John Lennon, Let It Be, paul mccartney, Peter Jackson, Ringo Starr, the beatles