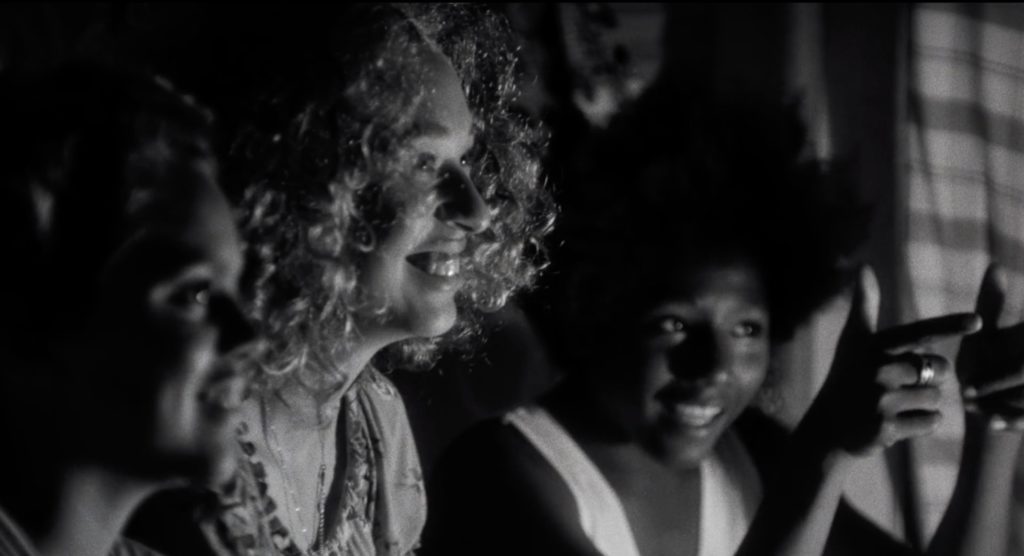 The first thing we see in Alexandre Rockwell’s Sweet Thing is a black screen bearing the word “O-Tay.” This appears to be the name of one of the production companies involved, but, when taken in combination with the opening scene’s iris-in, black-and-white photography, and old-timey music, it can’t help but bring to mind the beloved Our Gang shorts produced by Hal Roach in the 1930s and ‘40s. The children of Sweet Thing are a world removed from Spanky and Darla– the trials they encounter less resemble the on-screen adventures of the Little Rascals than they do the real lives of some less fortunate cast members— but the comparison is clearly deliberate. Rockwell doesn’t sugarcoat the hard-knock lives of impoverished children, but he also captures the wonder and imagination of childhood as deftly as any filmmaker I’ve seen recently. He even manages to make the post-industrial malaise of contemporary New Bedford look like depression-era Hollywood.

Sweet Thing tells the story of Billie and Nico (Lana and Nico Rockwell, the director’s real-life children), two spunky but hard-luck siblings living on the South Shore skids. They stay with their father, Adam (Will Patton, last seen as the eccentric farmhand in Minari), a generally good-hearted erstwhile mall Santa with a tragic relationship with the bottle. When Adam is sent to compulsory rehab, the kids are sent to live with their mother (The Fresh Prince’s Karyn Parsons, Rockwell’s wife and the kids’ real-life mom) at the beach house of her sleazy boyfriend, Beaux (ML Josepher). Unfortunately, Mom also drinks, and Beaux has a number of far, far worse vices. Realizing their new father figure poses a greater threat than their real dad ever did, the kids escape, hitting the road with street-smart neighbor kid Malik (Jabari Watkins).

Early on in Sweet Thing, Billie reads to Nico from Peter Pan. Later, as the children set off on their own, the soundtrack chimes in with Carl Orff’s Gassenhauer, best known to film fans as the recurring xylophone motif from Terrence Malick’s Badlands. Together, these two references should give you an idea of where Sweet Thing falls. Like Malick, Rockwell tells a humane but unsentimental tale of young people on the run (though Billie and Nico are far more justified in their actions than that film’s lovestruck killers), and like Malick he often spends long, dialogue-free passages luxuriating in the way his naturalistic locations pop within the 16mm grain. And while the hardships these kids endure are on occasion truly harrowing (those with a low tolerance for frank discussion of sexual abuse should probably sit this one out), there is more than a little Never-Never Land in the way they (metaphorically) slip the bonds of earth and fly away. On their own, Billie, Nico, and Malik form something of a family unit, and despite the inherent uncertainty, their newfound freedom is intoxicating. In one showstopping passage, the kids break into an empty McMansion and run rampant with the owner’s possessions, all to the joyous strains of Miriam Makeba’s “Pata Pata.” It’s hard not to want to join them. 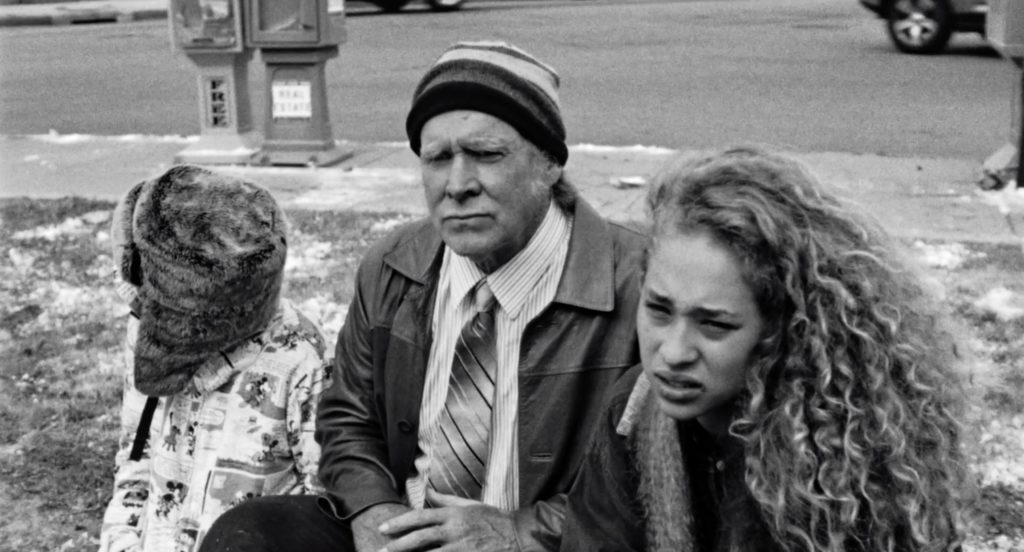 Rockwell, of course, was part of the early ‘90s generation of “Sundance brat” independent filmmakers, known for such festival darlings as In the Soup and Somebody to Love (his profile arguably peaked with his contribution to the ill-starred 1995 anthology comedy Four Rooms, which also featured segments directed by Quentin Tarantino, Robert Rodriguez, and Allison Anders). Rockwell’s star never rose quite as high as some of his contemporaries, but from today’s vantage that almost feels like a boon. At this stage in their careers, it’s impossible to imagine Tarantino or Kevin Smith turning out something half as intimate and raw as Sweet Thing. Indeed, without looking at the director’s filmography, one might easily confuse this with the feature debut of a young, hungry, straight-out-of-Emerson filmmaker. This is a movie small enough to fit into a cramped triple-decker walkup, but it’s invigorating in a way that’s rare among “name” filmmakers.

Make no mistake: Rockwell’s warts-and-all child’s eye view of poverty is not for the faint of heart. Patton’s performance as a rock-bottom alcoholic is frequently difficult to watch, and Beaux is one of the most skin-crawlingly despicable characters in recent memory. Yet, when the credits rolled (to Van Morrison’s wistful title track), the prevailing feeling is not despair, but hope and love. Rockwell and his children have carefully mapped out every inch of these characters’ lives, and they invite us to join in their triumphs as well as their heartbreaks. It’s clear that Rockwell loves them, and it’s no wonder: they are his kids, after all.

In one of the film’s more fanciful touches, we learn that Billie draws both her name and her personal inspiration from jazz great Billie Holiday. In her idle moments, she pastes together photos of the singer into hand-colored collages; in times of duress or agony, Lady Day appears to her as a silent, comforting presence. At one point, during her intermittent narration, she muses, “My dad says that some people say Billie didn’t have a good voice, but he says that nobody else sang like her.” The same could be said of Sweet Thing: by leaving on the rough edges and naturalistic performances, Rockwell has created a more gripping film than any “professional” studio could dare attempt.