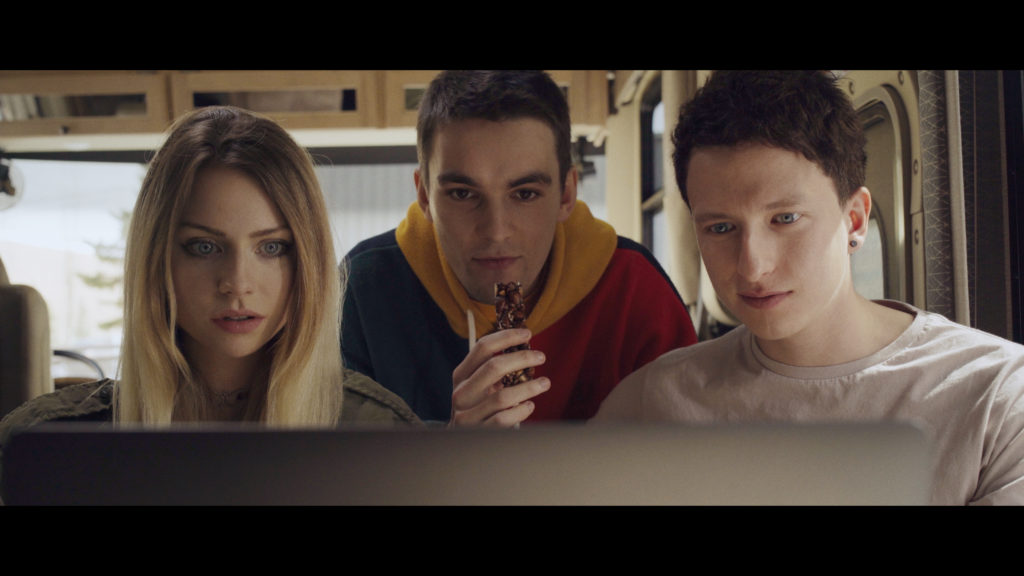 Not to be confused with the recently released drama with Gemma Arterton and Gugu Mbatha-Raw.

What better way to materialize a physical representation of a coming-of-age story than a road trip? (Rhetorical question, but A: maybe a huge night party in the culmination of an eventful day, such as graduation.) Breaking out of the ‘burbs in your dad’s Volvo to drive down a two-lane route is the teenage summer aesthetic. Take it from HBO Max’s latest original film, Unpregnant; despite the misogynistic body policing behind the adventure, paving the way with secrets and running over comedic hiccups to their destination is just law of the buddy road trip.

Summerland, a production by Lankyboy (moniker for duo Kurtis David Harder and Noah Kentis), veers from fixing broken friendships and slightly towards the highway antics that are likened to the 2000s. Bray (Chris Ball) and Oliver (Rory J. Saper) plan to attend Summerland, a fictional music festival that feels as real as any other festival held in a West Coast desert. However, the music is a secondary motive; Bray is going to meet a guy that he’s only chatted with online, and Oliver, who is an exchange student, wants to spend as much time as possible with his girlfriend Stacey (Maddie Phillips) before he leaves. Bray’s meetup is complicated by the fact that he’s been pretending to be a girl named Victoria, and was using Stacey’s pictures without her knowledge.

The rationale behind Bray’s plan is thin: he’ll reveal himself to the online guy when they meet up, thinking that it won’t matter because of their emotional connection. Before you sigh, remember! Teenagers! These fuck-ups are innate to the pubescent mind and to the genre’s core. Luckily, the heavy burden of this error isn’t deadweight for the journey’s otherwise fun tomfoolery. Through the characters’ naive charm, we can almost forget the lesson that Catfish the documentary has taught us, and the examples Catfish the TV series has furnished the lesson with. However, if the audience is willing to suspend their belief for the characters in error, I bet they’re also willing to suspend their beliefs for the crazy shit that could, and should, happen on a road trip.

If Summerland‘s ode to road trips chose to exclude passages of wild behavior, it may have been on purpose. Character traits, such as being a woman or being gay, were often the butt of a schtick in, say, Eurotrip. Here, it’s nice that Stacey can be more enigmatic without vying for a pity-like or represent some male bonding barrier. It’s also nice that Bray can participate in a road trip that was less optimizing twenty years ago (remember when DADT was still a thing?). And instead of the vicious “Scotty Doesn’t Know”-type riffs that provide as punching bags for a joke, the soundtrack is filled with low-fi beats that are as fit and modern as a Spotify summer-night playlist.

Despite the harmless fun, it is disappointing that the rush halts somewhere past the festival, where the characters then are deserted as the last concertgoers that awkwardly stand behind to breathe in the last bits of the experience. The lack of a coming-of-age’s expected catharsis is akin to crashing from a high, resulting in a feeling more episodic than conclusive. Still, it’s in our buried spirit of Blink-182 and halter tops to have fun with the ride, as long as we’re shotgun.

DISPATCHES FROM NEWFEST: Roundup Part I