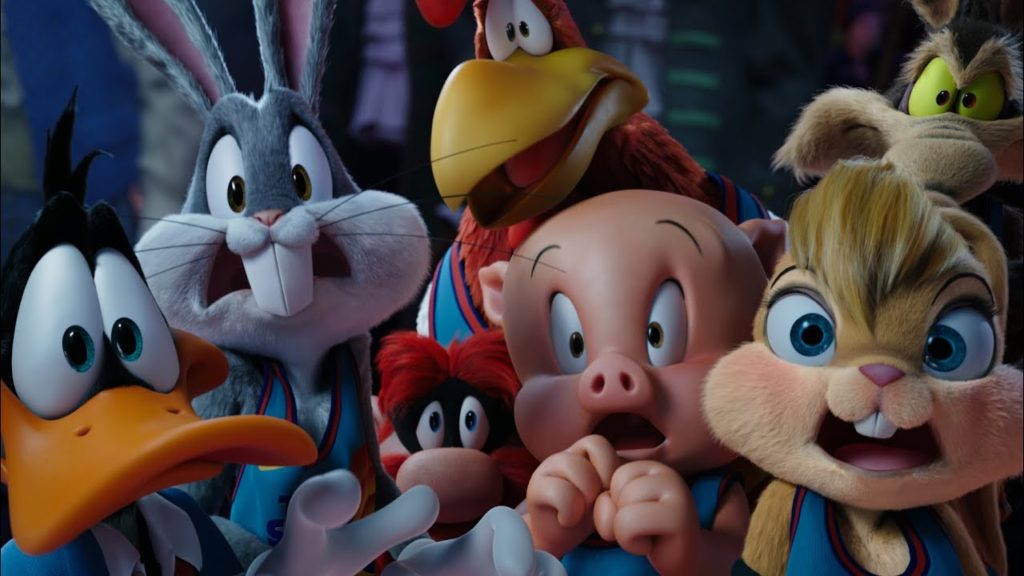 Space Jam: A New Legacy, one of the few movies this summer that never changed its release date (animation takes that long), has been gestating in many forms since the merchandising bonanza of 1996. While the original featured the wooden acting of once-in-a-generation basketball and branding superstar Michael Jordan, the new spin has the wooden acting of current unstoppable forward LeBron James. What the films have in common are the Looney Tunes, a threadbare plot, and, mostly, a failure to be movies at all, instead of just a commercial reel for Looney Tunes backpacks or whatever. Listen: I did not go into this expecting a masterpiece. My uncle took me to the original Space Jam 25 years ago. I had a good time, enjoyed some cartoon antics on the court, that’s about it. Dozens, perhaps hundreds of uncles will do the same this summer with a new generation of kids who primarily know the Looney Tunes from denim jackets at Six Flags.

A New Legacy is not a sequel, really, so much as a cosmic repeat. Instead of being threatened by ugly cartoon aliens, the Looney Tunes team up with LeBron James (as himself) to rescue his fictionalized son, Dom (Cedric Joe), from a petty algorithm called Al G. Rhythm (Don Cheadle, the only actor trying to enjoy himself). The action takes place within the magical corporate servers in the basement of Warner Bros. headquarters, ensuring the film is filled to the brim with references to the many beloved properties of the media conglomerate. This is a world where “I know that thing” reigns, a world where we’re meant to delight in cameo appearances by Drogon or Rick and Morty and not care or think about the creators behind them that probably aren’t making money off these things. Does George Miller know there are clips from Mad Max: Fury Road in this?

As stated above, this is a commercial more than anything else. When we cut to Tunes in films like Casablanca or The Matrix, it is stunning to see how much more those movies look like MOVIES. Space Jam: A New Legacy takes the easy way out in almost every aspect, lit like a Target commercial with little visual pizzaz. Instead of Bugs and Daffy living in the center of the Earth, which is stupid, the characters just live on a computer planet inside the mainframe, which is boring. I know they’re not real, but this makes them even less so! The CGI versions of the Tunes don’t look awful, but the enormous crowd of WB characters surrounding the court are more distracting than fun. Bette Davis’ Baby Jane Hudson is shockingly prominent. Imagine explaining this movie to her.

There’s not much to say about the performances. Zendaya as Lola Bunny is more cameo than anything, as the character barely does more than in the original. Bugs sounds like Bugs, Daffy sounds like Daffy, LeBron sounds like he’s being fed lines through an earpiece. After all the (frankly weird) talk of desexualizing Lola and making her a “strong female character,” Sonequa Martin-Green has the thankless wife role that seemingly refuses to die. Why bother fictionalizing LeBron’s family if you’re not going to do anything with them besides Dom? I had too many questions about this movie where cartoons play basketball, just like last time.

No film has ever come close to replicating the special effects of Who Framed Roger Rabbit, and, frankly, none have really tried. LeBron and Bugs barely interact, and when they do it’s either when they’re both cartoons or on flat locations with nothing to help establish Bugs’ tangibility. A New Legacy is also an ungodly 115 minutes long, and you will feel every second of its runtime. Having the basketball game be video game-inspired keeps things a bit interesting, but overall there’s nothing compelling enough to keep your eyes open. Reviews may benefit from those watching on HBO Max with a phone in hand. Space Jam is a very singular piece of media, and that’s not a good thing. While most major blockbusters these days are brand extensions, at least we’re not being forced to watch dozens of Space Jams every year with Mickey Mouse and his ilk. Yet.

In theaters and streaming on HBO Max for 30 days beginning Friday, 7/16