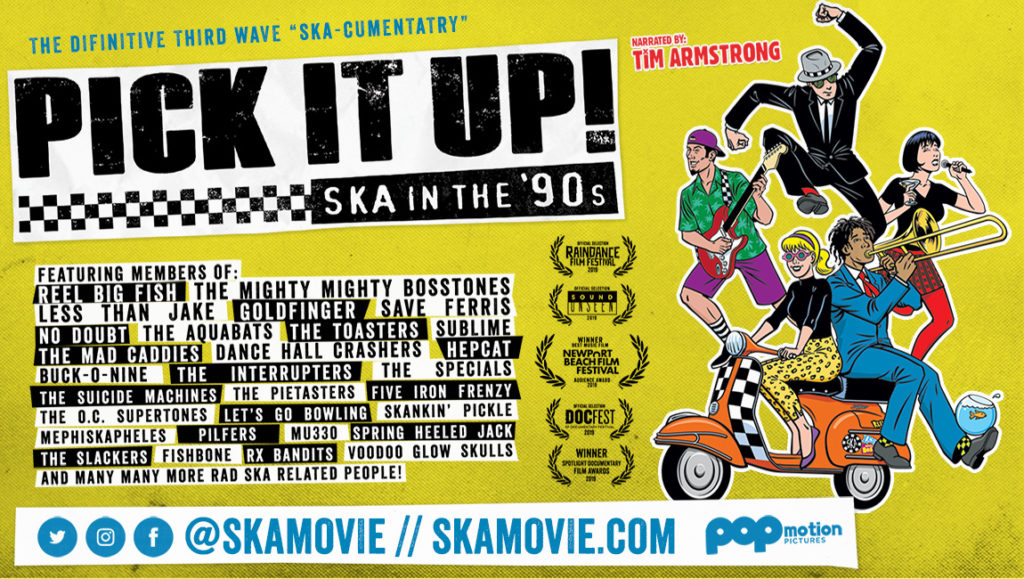 If interest and support of ska can be measured in how many people go to screenings of Pick It Up! Ska in the ‘90s, I’m happy to make this report: Boston’s screening was sold out at the Somerville Theatre last Saturday.

When I spoke to Director Taylor Morden a while back about Pick It Up!, he told me the intent of the film was to shine a broad and encompassing light on ‘90s ska – the music, the musicians, the community, its rise, its subsequent popular fall, where we are today, where we were yesterday. 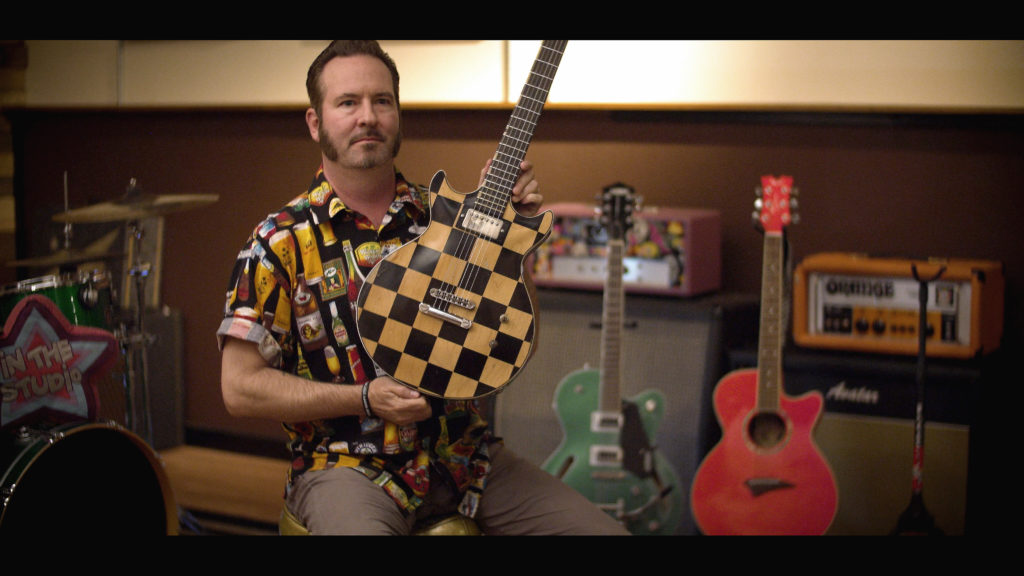 Morden and his Pick It Up! team certainly accomplished that. Beginning with a brief history of ska (or so I’m told – a few dozen of us were directed to the wrong theater that day and missed the first 15 or so minutes of the film, but no matter! Somerville Theatre played the film again in its entirety afterward for folks who had the time to stick around), the film featured thorough interviews with members from ‘90s ska heavyweights like Less Than Jake, Reel Big Fish, Goldfinger, The Aquabats, Save Ferris (be still my heart), Dance Hall Crashers (be still my heart even further), The Mighty Mighty Bosstones, Five Iron Frenzy, Big D and The Kids Table, Buck O Nine, The Suicide Machines, MU330, Mustard Plug, and more (MORE, so many more!). They even managed to answer that famed skacore question of yore, “What ever happened to Suburban Rhythm?” With narration by Tim Armstrong of Operation Ivy and Rancid, the film is punctuated with old concert footage (which I would’ve loved to see a bit more of) and very well done animation of re-created scenes and stories. The thread on Tony Hawk’s video games ended spectacularly. 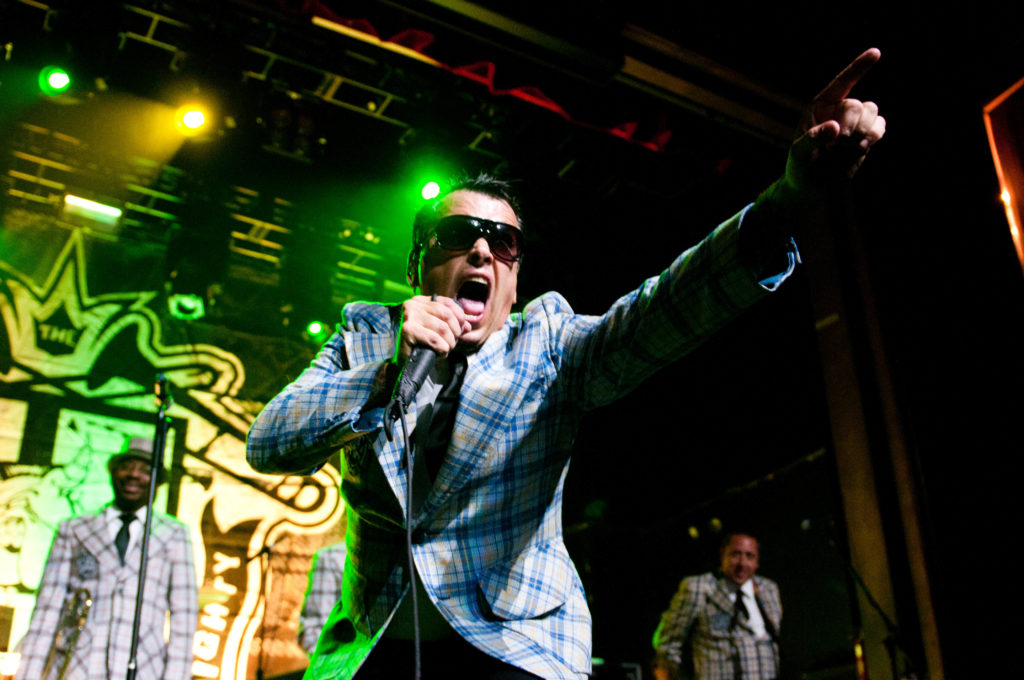 It’s a big story to tell, but not an altogether unfamiliar one. Small bands become popular bands, popular bands become signed bands. You hear them on the radio. One of them was in Clueless. Ska was cool, we all liked ska!

And then, just as suddenly, the ska bubble burst and it became an uncool punchline.

For some people. But not for everyone. And Pick It Up! does an admirable and applaudable job telling that story through the voices of the people who lived and continue to live it, extrapolating further into highlighting today’s ska bands like The Interrupters and ska’s strong continued presence in Latin America and Japan. 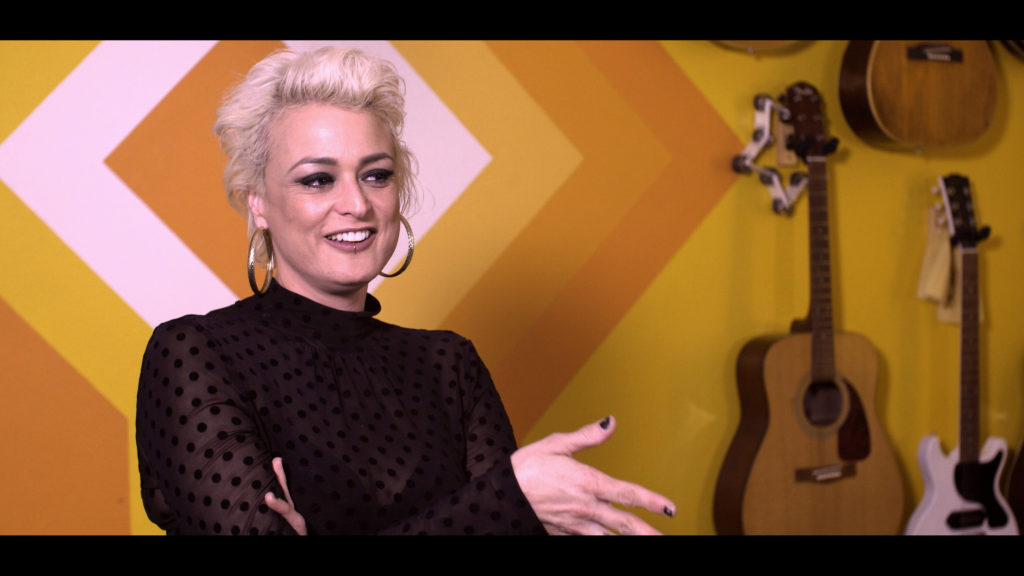 Monique Powell from Save Ferris

It’s a good (dare I say GREAT) music documentary and any ska fan – whether you liked it 20 years ago or still dig it today – will find something/everything to love. Personally, my jaw hurt from holding an ear-to-ear grin for over an hour while watching stories that included a certain drummer’s pre-Blink 182 days as a superhero Aquabat, discussions on signing to big record labels by the musician who wrote “Sell Out,” and seeing a spotlight on a few of my own musical heroines (notably Monique Powell, Leanor Ortega Till, and Karina Deniké). David McWane from Big D and The Kids Table

Boston’s screening was also blessed to have a Q and A with Dave McWane from Big D and the Kids Table following the film – Chuck and Brad from The Chuck and Brad Podcast kicked off the Qs, with more following from movie goers. Among a lot of answers, McWane divulged reasons for the band name (inside joke with Berklee friends), what it’s like to play “L.A.X” in LA (“They love it the most because they live it!”), and that gravitating to ska meant gravitating toward a place where the people were the nicest, tried to be the best versions of themselves, and talked less shit. (To be honest, aside from plain liking the music, that’s why I gravitated toward ska, too.)