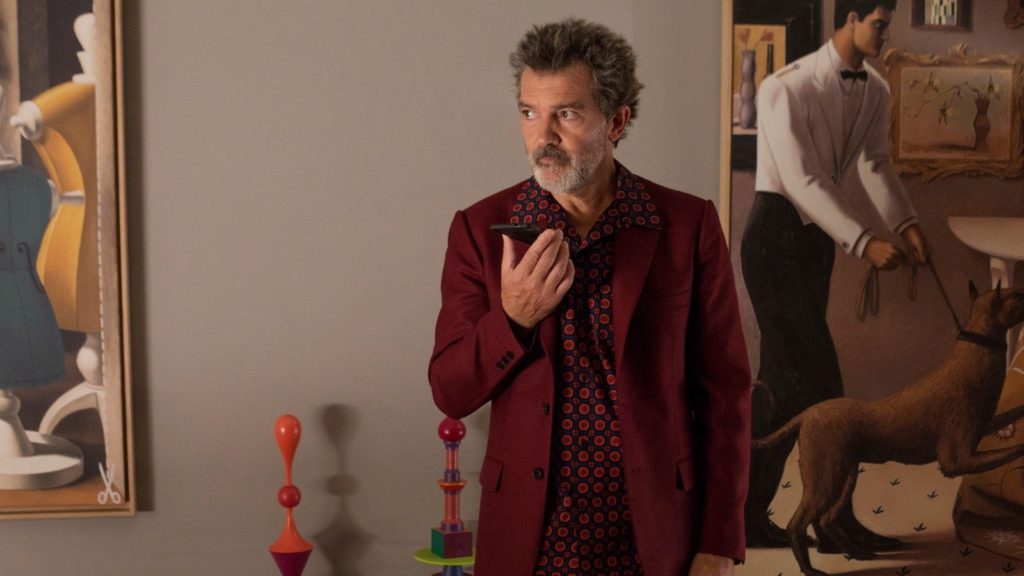 Rightfully hailed as Spain’s finest director, Pedro Almodóvar returns to the screen with the intimate and tender portrait of male loneliness Pain and Glory (Dolor y gloria). While his best-known films are hilarious and dark sendups of moral taboos and social norms, Pain and Glory finds Almodóvar reckoning with his life and legacy through the never-better performance of Antonio Banderas. Banderas, Almodóvar’s long-time friend and collaborator, should expect multiple nominations for his deeply-felt performance.

Salvador Mallo (Banderas) is an aging gay Spanish director who lives in Madrid. Almodóvar couldn’t be more obvious if he tried, but when has he ever gone for subtlety? Mallo lives alone and suffers from various afflictions, the worst of which are his frequent choking fits. He is also experiencing a lack of inspiration, and hasn’t completed a film in years. These ailments have left him depressed and retrospective, often flashing back to his childhood years with his mother (Penelope Cruz, who is credited not with an “and” or “with,” but “WITH THE SPECIAL COLLABORATION OF PENELOPE CRUZ,” a phenomenal tribute to one of Almodóvar’s greatest muses). These flashbacks detail Mallo’s humble origins, as well as the blooming of his latent homosexuality. His childhood is never melodramatic, but it carries a strand of melancholy that follows Mallo to the present day.

Mallo’s past won’t stay in the past, as he is asked to take part in a special showing of his most famous film. He attempts to reconnect with the film’s star, his estranged friend Alberto (Asier Etxeandia), which leads him down a dangerous path that could end in ruin. Simultaneously, a former lover (Leonardo Sbaraglia) appears at Mallo’s door, just looking to reconnect in the most tender sequence of a film full of them. Everything about Pain and Glory upended my expectations. It’s clear Almodóvar wanted to keep his long-time enthusiasts on their toes. This isn’t Tie Me Up! Tie Me Down! or The Skin I Live In. Banderas has never been better. Almodóvar’s cinematography and writing have never been better. Bold colors fill the screen, as always, but there’s a level of tenderness here that genuinely knocked me over. Pain and Glory is far gentler than the director’s previous work could lead you to believe– and isn’t that shocking in of itself?