I saw Guillermo del Toro’s original Pacific Rim movie opening weekend with a co-worker and his little brother. We were hyped out of our minds, but saw it late at night. I was tired. Now, try as hard as I might, when I look back on the movie, all I can remember is one moment with a sword, the sounds of Idris Elba’s voice, and the creature design. I remember feeling that del Toro put a lot of effort and joy into the movie, but that it also suffered from muddy action and a bland protagonist. I suppose the word for the film would be forgettable. Yet, here I am. Five years later, alone in a theatre at 11:30 on a Friday morning, seated in the very back row, a few other isolated viewers amongst the sea of polyester chairs before me. Ready to watch the sequel no one asked for (at least not in this way): Pacific Rim: Uprising.

Pacific Rim: Uprising is a movie that I’m trying to write about fast as I can, lest its memory escape me entirely. The finer details are already starting to dissipate — neurons permanently rerouting their synaptic energy towards less pointless information (like constantly remembering that The Matrix and eXistenZ came out the same year — important!). But, as a reviewer, I’m struggling with the what, because how much can one pontificate on something so shallow? I don’t enjoy being a Debbie Downer in these things — I think film criticism should foster a love and understanding for cinema — but movies like this just feel pointless. Another product to consume. Another bastardization of a bastardization. It’s depressing.

Beginning with a montage of the previous film and a voice-over that feels tailor-made for geriatric viewers tuning into a serialized cartoon for the first time, Pacific Rim: Uprising lets you know what you’re getting into from the get-go. John Boyega is Jake Pentecost, son of Idris Elba’s character, yet never mentioned in the first film; a scavenger in a world altered by Kaiju invasion. It’s important we know “He’s not his father,” because the voice-over tells us so. From here, the arc from being-not-his-father to being-his-father plays out in completely expected fashion — throw in a go-get-em little girl with a bite-size Jaeger of her own creation and some big action set-pieces, and the line between this and something like Transformers begins to blur.

That’s an unfair jab. Michael Bay used to be popularly considered the nadir of action filmmaking — unmotivated, ceaseless destruction with weak character work. But when I saw Transformers: The Last Knight last year, it became clear that, somewhere along the line, Bay’s signature style of action had become much more interesting than the same-y plasticity of the average Marvel– more or Pacific Rim: Uprising. Not that Michael Bay changed — more that the spread of homogenous design has become so rapid in blockbuster action making that he now seems like some mad auteur on the fringe. So, apologies to Bay.

First-time director Steven S. DeKnight imbues Pacific Rim: Uprising with nothing even close to approaching the bombast of ‘Bayhem’ — the most one could say is that the action is clean and easy to see. In these moments, when the movie goes full-on cartoon, there are joys to be had, particularly in the broad daylight climax which pits together several giant robots to fight kaiju. del Toro’s initial film took place entirely during murky rainstorms, which, while adding some sort of gritty tactile quality, made the actual movements hard to track. Things are clear and colorful here. And, yeah, fun! However there is never any sense of scale. In del Toro’s original, things felt massive. Here, the difference between the humans in the cockpit and the robots they controlled seems null. (I also feel the need to point out that there was a complete overuse of Snyder-style slow-mo, but all of it was focused on the movements inside the cockpit, as if that was the interesting part of the combat, not the giant robots. What was that about???)

There are, of course, other characters in the story. Rinko Kikuchi returns for a thankless role (obviously should have been the main character, but whatever), Clint Eastwood’s son (Scott) shows up, proving that there can be more bland characters than the one who led the previous film’s narrative, and — in the biggest connection between this and the original — Burn Gorman and Charlie Day reprise their roles as scientists. Burn Gorman is the only one who gives an enjoyable performance. Charlie Day, unfortunately, enters waters completely out of his depth, trying to bring tragedy to a character arc so thinly written that its existence is nearly imperceptible. All of these characters — along with a group of kids ready to fight –circle around Boyega’s story in a way that, at best, feels like a bad adaptation of a Saturday morning cartoon. 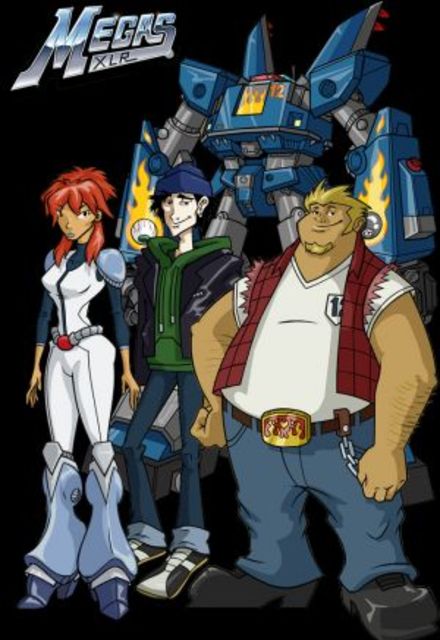 As a fan of cartoons, I don’t mean to belittle the form — just to articulate that, if you want something close to the experience of Pacific Rim: Uprising, you could just watch a couple episodes of some forgotten western take on Japanese anime and have a more enjoyable time. Hell, just watch Megas XLR instead.

To say much more would be reaching. I’m sure the point is made. Every other element blandly complements the other. The score is forgettable. The editing and cinematography shiny but rote. The special effects good, but not particularly inspired.

If really all you want to see at the cinema is a robot punching another robot, go see Pacific Rim: Uprising. But you’re better off watching any other mech-anime or kaiju movie that has come before it instead.