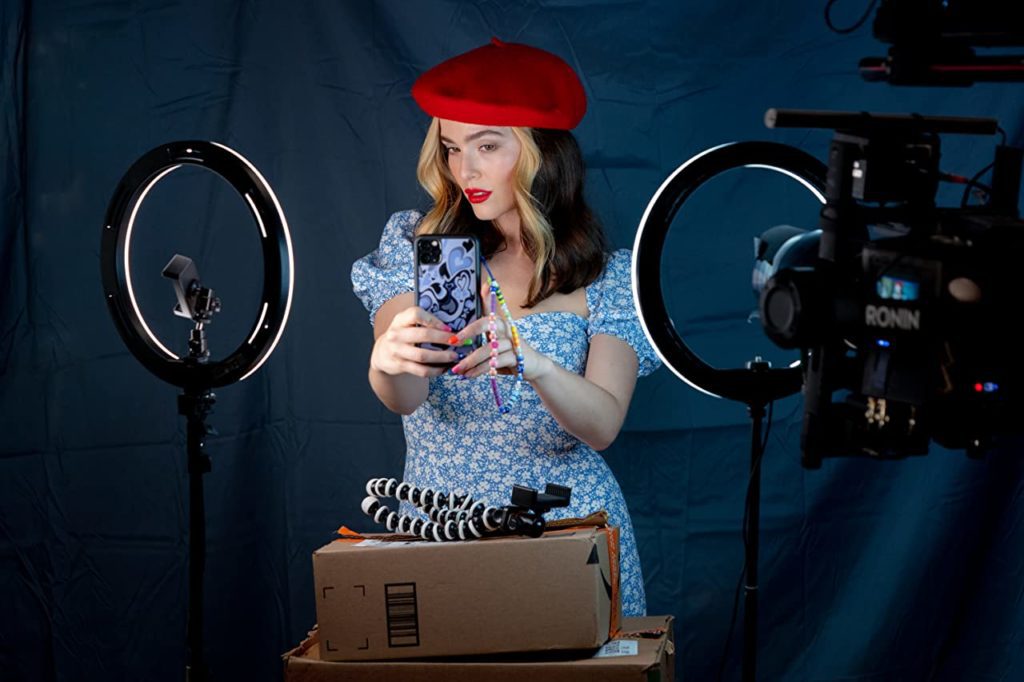 If I can emit a noise in response to Quinn Shepherd’s Not Okay, it’d be a four-second groan (alternatively I’d choose “omgggg” if it can be uttered monosyllabically). Not because the movie was bad — rather, the noise would reflect the anguish I feel. Branded as a story about an “unlikable female protagonist,” Not Okay wants you to be completely sure what you’re in for: photo-editor Danni Sanders (Zoey Deutch) pretends to go to Paris for a writers’ retreat in order to impress her co-worker crush Colin (Dylan O’Brien) by posting fake pictures and stories on Instagram. However, a series of terrorist attacks take place during her fake-visit. Immediately, Danni receives concerned messages from her family, high school randos, and Colin, which — yeah, you might be able to guess what happens next.

To backtrack, the movie opens up with a puffy-eyed Danni reading a slew of internet hate about herself. The ending is inevitable: Danni’s lie, constructed like a Rube Goldberg machine of fallen dominoes and lifted curtains, will eventually be exposed. Right off the bat, Shepherd makes no hesitation about ensuring that there should not be any pity for this character, a chronically-online zillennial coming from a financially privileged background with a knack for societal oblivion (Danni’s editor chastises her for writing an article about having “FOMO of 9/11”). When Danni is the sudden recipient of attention and care following the attacks, she chooses to capitalize on the moment and, soon, a movement.

Despite knowing that Mindy Kaling’s Never Have I Ever is about a teenager who should be permitted to make teenager-mistakes, I get extreme anxiety from the way Devi always and unequivocally chooses the wrong thing to do, hurting people in ways that could rival The Avengers in terms of emotional wreckage. Could I recommend Not Okay in good conscience? Thankfully, the heart of the story is not carved into the possibility of a redemption arc; instead, it is Rowan (played wonderfully by newcomer Mia Isaac, who comes to Hollywood blazing with two debut performances this month — the other being Don’t Make Me Go with John Cho). In order to flesh out her fake-experience in a slated article, Danni attends a support group for people somatically affected by loud noises and meets Rowan. After overhearing that Rowan is famous, Danni stalks her online: Rowan is a teenage gun-safety activist following a personal involvement at the school shooting and balances her time being a high school student, performing spoken poetry, and working through her PTSD. 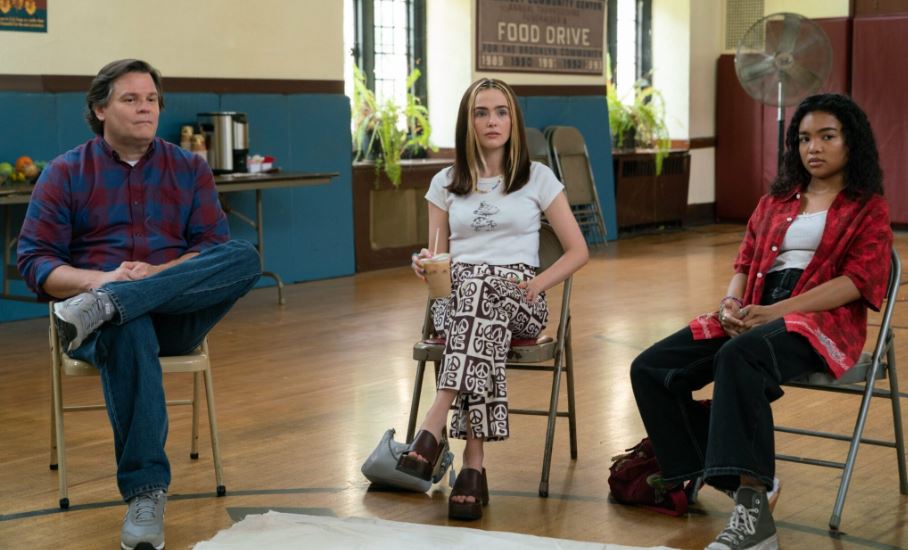 Enamored by “viral potential,” Danni asks Rowan for assistance writing her article. This leads to the creation of the worldwide trend #IAmNotOkay as well as Danni and Rowan developing a closer relationship, which becomes dicey as Danni becomes more entangled in the heightened consequences of her ruse and the fact that she deeply cares about Rowan’s wellbeing. We don’t have to like Danni before, during, or after the movie, but we can care that she cares about Rowan because Rowan is a character that we all want to protect. We can despise Danni for the hurt that she is about to inflict, but I hope that Rowan’s characterization is strong enough for those who are trying to make it to the end of the movie.

Not Okay runs very currently to today’s relationships with Internet fame, parasocial relationships, and cancel culture. At the same time, it seems trivial to timestamp on a subject that finds itself in the spotlight over and over again in different settings*. What sets Not Okay apart from other pieces about the Anna Delveys and Billy McFarlands is that, while those pieces seem to follow the sensational headlines, Danni’s mistake feels more homegrown to human nature. Perhaps we wouldn’t exactly lie about such a thing in the first place, but how does one really admit a lie when it becomes swept away into something larger and beyond our control? The difficulty of seeing a singular side of a human being through a viral-sensation lens makes way for a lot of discourse on how we treat mistakes and hold each other accountable. Maybe Danni’s action is more forgivable, as it primarily was done in selfishness rather than harm to other human beings (though her action becomes the latter). But to think about our errors (and for this, I’m talking more about accidentally cutting a pedestrian off and being called a terrible driver by r/IdiotsInCars than racist encounters) can quickly circulate and seen by more strangers than we’d like? I’d probably not be okay, too.

*From what I’ve gathered, the Paris attacks that occur in this movie are not related to the 2015 incident, solely because I remember Kendall Jenner’s gin, mentioned by O’Brien’s character in the club, was launched in 2021. There are also a couple of nods to Jenner that makes it feel like this had to take place post-Pepsi commercial.