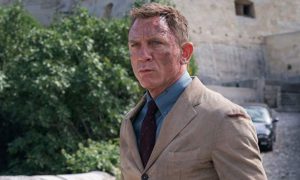 Daniel Craig is back as James Bond in No Time To Die, and we are LOVING it.

However, knowing this will be the last film with Craig  as 007 is quite sad. But don’t let that theme fool you. This movie is just as action-packed as any and all James Bond movies.

This time around, the new film brings us the story of how Bond is currently with his love interest, Madeleine Swann, in Italy, where he leaves her on a train after thinking she betrayed him. Then, taking a well-deserved break from MI6 in Jamaica, he is recruited by the CIA to rescue an MI6 scientist who holds a deadly biological weapon, which Spectre hopes to use against entire populations.

In this movie, just like in Skyfall, Bond is shown as someone who isn’t completely invincible, since he holds a lot of trauma from his past. While he is known to physically survive unsurvivable situations, he is portrayed as a man who is deeply affected not only by severe trust issues (he is an international spy, after all) but by the heavy regret of his decisions, especially by the one to leave Madeleine.

As someone who has seen all Bond movies, I have never seen one where a Bond is presented as vulnerable as he was in this one (except for Skyfall, but even then he was shown as distant and avoidant about his trauma). But in this film, we are shown that James is definitely not emotionless or cold. On the contrary, it is seen that he holds a deep reservoir of compassion inside of him that we didn’t even know about until now because it hasn’t been explicitly shown to us. 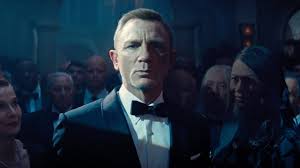 Damn, it was really good. I think that if it’s not the best Bond movie ever made so far, it’s one of them. The plot is impeccable, engaging, and almost completely unpredictable. The story development and plot twists are to die for, the music is amazing (as always), and the acting is spot-on.

The characters are complex and funny, and the villains are so truly evil, they’re good. I’ve got to admit, though: the action was exhilarating, but it was almost a little too much for me. However, the way that they gave you a break from it between scenes so that you could rest from all of that heart acceleration saved it.

Don’t even get me started on the cinematography and the color palette. I found them to be so alluring, and breathtaking, and very useful in transmitting the mood of the film to the viewer (which is its job, so I would say, very well done!). As a film major, I can also say that the location choices were bomb. It’s not easy to film in some places they did, and I applaud their amazing work with this movie.

However, I’m not here to say it was absolutely perfect. While the dialogue was generally good, it could use some work. The punny banter and word play that are characteristic of James Bond movies are always there, but it doesn’t mean they’re not cliché, especially in this movie.

While many people may argue that the running time of the film is not really a good thing (this being THE longest James Bond film ever made), I actually found the length of the movie to be quite smooth, as in, it wasn’t forced to be longer than the rest, yet not cut short in terms of its plot being left hanging.

Final review: It’s the definition of going out with a bang. And this film WILL break your heart but in such a good way.

So, go watch it NOW.

Now playing at Somerville Theatre (and just about everywhere else)