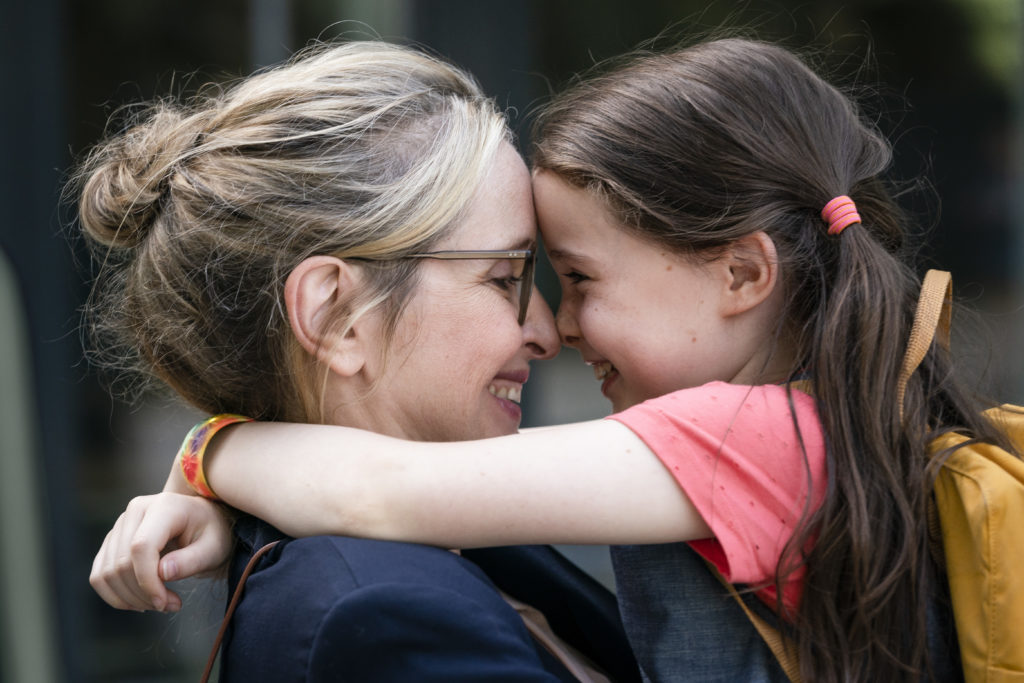 Fans of the Before Trilogy ought to know that Julie Delpy has a remarkable directorial career of her own. From romcoms with Chris Rock to a historical drama based on a countess who bathed in the blood of virgins, Delpy’s filmography goes to many extremes and takes some wild swings. Her latest film, My Zoe, seeks to answer the question, “How far would you go for your child?” What results is a deeply sad film about a grieving mother, though it gets bogged down in long sequences where nothing much happens. Simultaneously, it may be the worst possible thing to watch as a parent! There’s no way to discuss this film without spoilers, so continue at your own risk.

Isabelle (Delpy) is a divorced scientist living in Berlin, struggling to share custody of her daughter, Zoe (Sophia Ally), with her ex-husband, James (Richard Armitage). One morning, seemingly out of nowhere, Zoe falls into a coma with no chance of recovery. Isabelle is devastated and refuses to believe this is the end, even after Zoe dies. She turns to her work in genetics for an answer and finds Dr. Thomas Fischer (Daniel Bruhl), who may be able to clone Zoe from her cells. Isabelle leaps at this chance, determined to bring Zoe back.

There’s not much drama to be found here, despite the ethically murky premise. Fischer’s wife (Gemma Arterton) protests, saying that human cloning is wrong, but she doesn’t do anything to stop him. James discovers Isabelle’s plan, but doesn’t attempt to sue or get authorities involved. Isabelle suffers miscarriage after miscarriage (again, this film is a nightmare for parents), but eventually one of the eggs keeps and we catch up with this rebooted family down the road. Maybe it’s for the best that there’s barely any drama, as I couldn’t bear to watch Delpy suffer any further.

Overall, My Zoe is at its best while a child is mysteriously dying. If that sounds like your cup of tea, feel free to check it out!

In theaters and VOD Friday 2/26