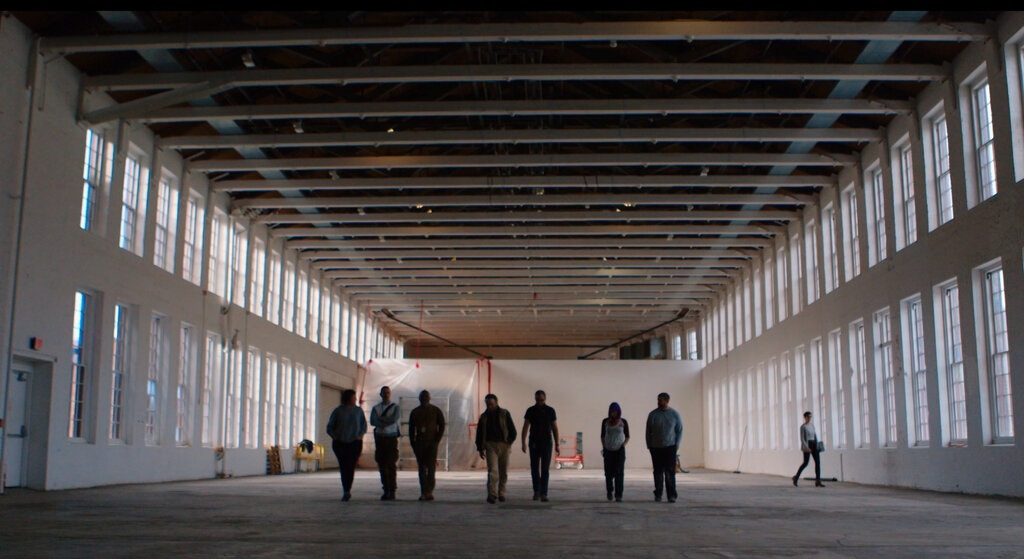 In the last deserving stretch of the year, the arrival of Jennifer Trainer’s Museum Town is a small hurrah. Aside from the personal closeness it’ll have for some of the readers here, it polishes the glow of the collective effort demonstrated by the greatly passable but ever so endearing commonwealth of Massachusetts. In isolation and adversity, I saw examples of togetherness when food fridges popped up from Dorchester to JP, shared IG stories from strangers signaling first aid support during nights of protest, and holding each other accountable for wearing masks, even in the early crack of dawn as I head out to work with other frontline workers. It was a shitty year, of course, but there’s always something magical when kindness can shine through.

With Museum Town, we hop over to the other end of the Bay State, in which the improbable existence of the Massachusetts Museum of Contemporary Art (or MASS MoCA) is nestled. The documentary takes an hour-long tour of the history of the museum’s mechanical wonderland, and particularly the relationship with its hosting town, North Adams. Though MoCA opened in 1999, the logistics behind its initiation trace back to the town’s industrial origins. When the Sprague Electric Company vacated the town in the mid ’80s, North Adams underwent financial hardships and a loss in residential value. As former mayor John Barrett III recalls, a real estate agent said that the best thing for the town was to flood so that it could attract lake homes for its wealthier neighbor, Williamstown. Pursuing the fruition of MASS MoCA was the town’s artful roll of dice into economy and livelihood.

Since Museum Town‘s the cinematic tour in itself, I won’t be the annoying group member that whispers fun facts seconds before the tour guide will. Even as such, Trainer (who has been with the museum for nearly three decades) shows no fear in revealing painful details about the Christoph Büchel controversy  and the museum’s fragile rebalancing between being in the red and making sure they have enough wages for their employees — an important but difficult topic for non-profits or communities for the arts. Instead, I can speak to the small glimmer of hope I felt in watching Museum Town, partly because I remember the vastness and interactive awe when I visited a year ago and partly because good things can and will happen at some point. But hey, whether you’ve been here before or not, come for Jenny Holzer and Laurie Anderson, stay for Cai Guo-Qiang and David Byrne.

Available for rental via the ICA’s Virtual Screening Room