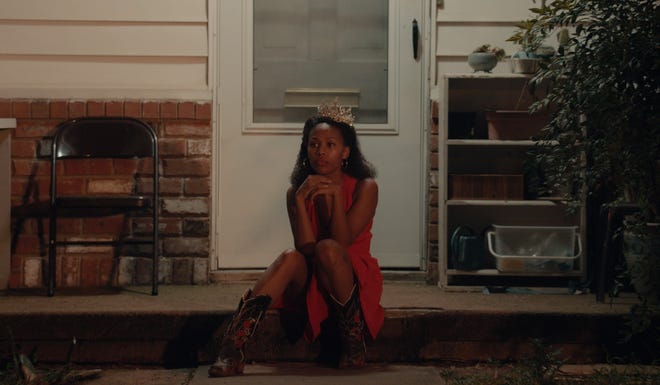 Turquoise (Nicole Beharie), is a single mother raising her daughter Kai (Alexis Chikaeze) in Fort Worth, Texas. As a teenager, Turquoise was crowned Miss Juneteenth, and she hopes to reclaim that glory by entering Kai in the pageant. Kai, however, is less than enthusiastic. What follows is an all-too-rare story of a Black mother and daughter struggling to communicate and navigate the world together.

The summer heat is apparent in every frame of the film. Turquoise is having trouble paying the electric bill; her place of employment, a local bar, is always smoking meat – there’s no relief. The sweatiness ramps up the tension, especially between Turquoise and Kai’s father, Ronnie (Kendrick Sampson), who is in and out of prison and has trouble keeping a job. The world feels like it’s conspiring against Turquoise, and her one bit of control is having Kai enter the Miss Juneteenth pageant.

Beharie, the lead of the FOX drama Sleepy Hollow before her character was shockingly and inappropriately killed off (more information on that here), shines as Turquoise. She is rarely offscreen, and her expressions carry the film. You are instantly sympathetic to Turquoise’s plight, but can also recognize when she makes bad decisions. The middle act of the film can be hard to watch as things go wrong, but the relationship between mother and daughter feels so real you just want the best for them.

Miss Juneteenth is an extremely confident first feature from director Channing Godfrey Peoples, relevant in ways she could not have realized when filming. The film is about more than Juneteenth, but it could still become a holiday staple.